Hailing from Stockholm, Grá have been a force in Swedish black metal since the band's inception in 2010. Whilst frontman Heljarmadr has come to be known as frontman of fellow Swedish black metallers Dark Funeral he has always continued with Grá. The band have relentlessly worked to shape their music to be both a perfect example of Swedish black metal and a very personal interpretation of its classic sound across multiple albums and E.P. 's with no one release sounding the same and the band have evolved again for their fourth album Lycaon.

Like a lot of Swedish black metal, melody has been an ever prevalent element in Grá’s sound but on Lycaon the melodic elements are definitely pushed further front and centre resulting in the bands slickest album to date. It is an album with much going on with influences from melodic black metal at the forefront of songs such as Flame Of Hephaestus whilst touches of black & roll can be heard on Torn Asunder, pagan black metal on Ett Avskedsbrev and even moments which remind of melodic death metal in the title track. 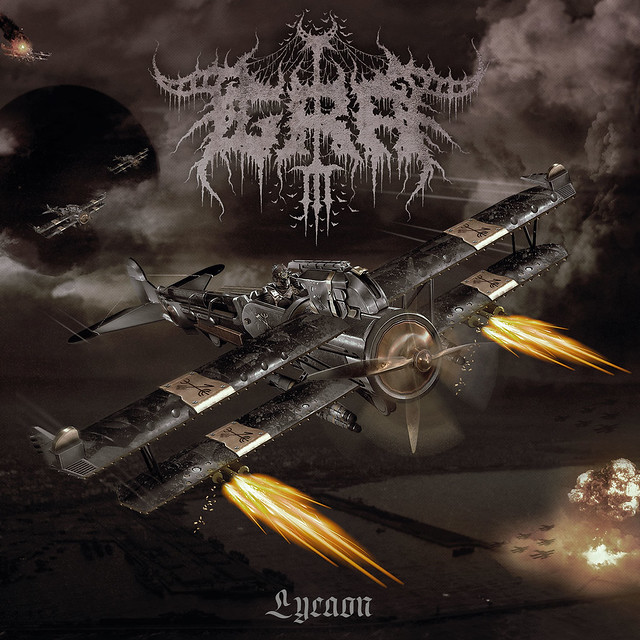 My personal favourite on the album is Chariots Of Fire which is just under three minutes of absolutely savage and blistering black metal. Lycaon does tail off towards the end with the plodding Brännmärkt whilst album closer Jaws Of The Underworld which is basically a glorified drum solo.

Lycaon is an album that when it hits right is an exemplary example of Swedish black metal but it does have a few meandering and uninteresting moments especially towards the end. What does work in favour of Lycaon is that it is a very varied sounding album with plenty of different influences. Grá have never released the same album twice and that is certainly the case with Lycaon which furthers the band's sound and is probably the strongest album that the band have done to date. It is not a perfect release but it is a very enjoyable one.