Chris Shiflett returns to the UK for a run of headline dates this March, the guitarist’s first solo shows here since 2019.

In advance of the tour and as a hard-drivin’ taste of things to come, long-time Foo Fighters member Shiflett releases the brand new single / video, ‘Black Top White Lines’; produced by Jaren Johnston from The Cadillac Three and co-penned with Johnston, a writer with multiple No. 1 country hits to his name, and Brothers Osborne guitarist John Osborne, ‘Black Top…’ is a dark tale of justice that moves quickly into the fast lane with no intention of moving over or slowing down.

“I am so excited to announce my upcoming tour of the UK & Ireland! The gigs I did over there in 2019 were some of the wildest, most rocking solo shows I’ve ever done, and I expect this one will be even better. We’ve got a bunch of new tunes to play and we’re fired up! See ya soon!!!" 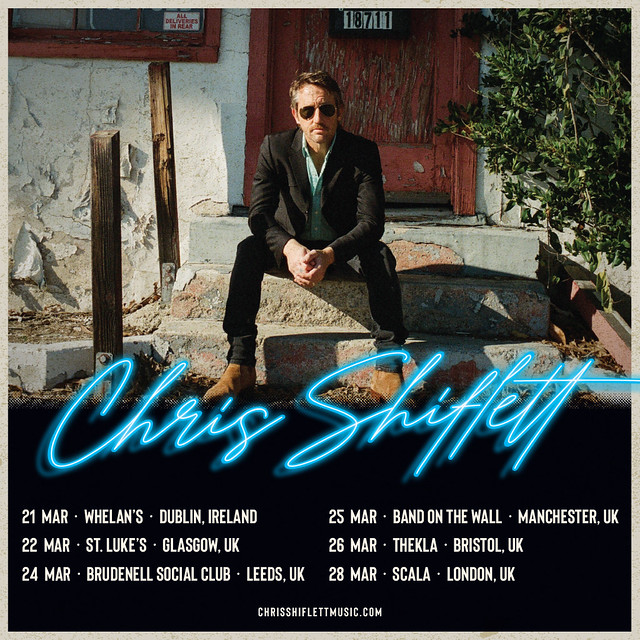