I don’t think it unreasonable to propose King 810 have attracted much controversy since their inception in 2007. Whether that be the band’s image, cultivated through various run-ins with law enforcement, the fan base who seem to be even more zealous than most or the live shows which sees armed, masked security taking to the stage ahead of the band. Whatever the reason, King 810 have gained a reputation of being something of a Marmite band: you either love ‘em or hate ‘em.

Speaking for myself, I fall into the former category and continue to be excited to hear what new things David Gunn and Eugene Gill are doing. 2014’s Memoirs of a Murderer is still a fantastic sounding record; La Petite Mort, or a Conversation with God is an undeniable work of genius; while Suicide King and AK Concerto No 47, 11th Movement in G Major stripped the King 810 sound back to a something a shade more direct.

K5: Follow My Tears is the band’s first extended player since 2017’s Queen and, in an interview, David explained that a combination of mental health issues and an intensive period of song writing meant there was not enough material to meet the conceptual requirements for a full album. Taking the inference from that, Follow My Tears could well be the first of several such releases from King 810 this year. Fingers crossed. 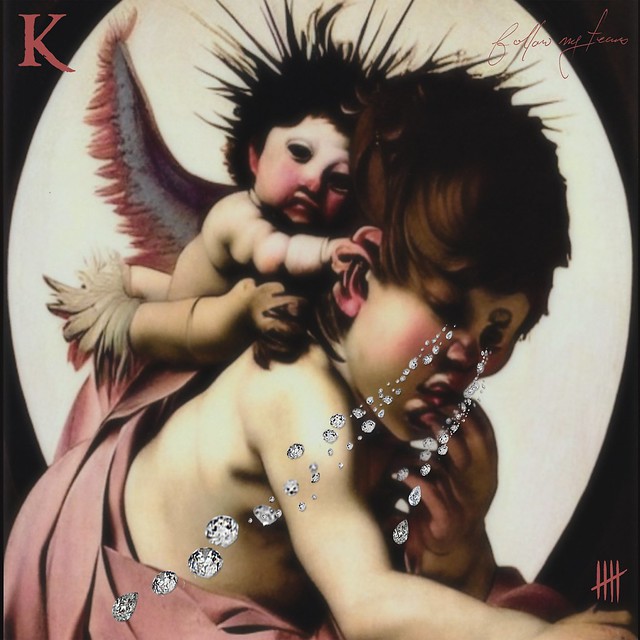 If you have more than a passing knowledge of the band, then the variety and scope of the five new tracks on offer here will come as nothing shocking. Each carries with it a centre unmistakably King 810, but dresses itself in other outerwear. Say Cheese and Die adopts something of a Hip-Hop flavour, channelling aspects of Gunn’s solo project, Yavid, but playing those urban rhythms against a crushingly heavy beat, crunching guitars and a bouncing bassline.

Widdershins is possibly some of the most excessively weighty music of King’s career, but it’s tempered with Eastern spices and even gothic motifs. Both it and Holy War are full of Korn references, particularly in the rhythm sections, with the latter making use of David’s ability to give his vocals the feelings of being an internal dialogue.

This is another area where the Yavid inspiration seeps its way into the King sound. Clearly, the band are as influenced by Urban music as much as they are Metal, so the combination of both leads to a new-Nu Metal sound, perhaps more organic than the first wave back in 1999. David’s constantly inventive use of language conveys the complex metaphysical nature of his ideas and themes.

I get the feeling Follow My Tears has something of a religious concept, the continual use of piano and orchestral arrangements, particularly on Isobel, gives a grandeur that could be taken from the soundtrack to some epic movie.

Opening track, Brains on The Asphalt is titled like the usual conception of a King song; one which conjures the image of a gun-shot victim is lying in the street, head split open by a bullet. Yet, in the video, the conception is one of the dangers of digital technology and the new religions growing up around these new world movements.

For all King 810 carry a reputation for extolling violence, they are very often seen and heard to offer dire warnings against it.

April sees the band touring the UK alongside Alpha Wolf and then a special guest slot below Biohazard on Sunday’s SOPHIE stage at Bloodstock. So, I’m afraid Mr Mustaine will have to excuse me from attending his show that evening as I have a prior engagement.

You never know, there might well be another EP by that time, too.