Hailing from Greensboro, North Carolina, Feverhill gear up for the spring release of debut album, Follow Me [Down], with the single Trapped Under Lies. Drawing influences from as far a field as Five Finger Death Punch, Periphery and Sleep Token, the four-piece set out their stall with a combination of twisting guitar, big low end and multifaceted vocals.

Kevin Wilson’s guitar lines weave between the esoteric and the monstrous as he lays down some chunky riffs alongside frequent noodling interludes. Rhythm section of Nick Doss and Ryan Elliot hold it together, with Elliot’s sticks-on-skinscoming over as an almost physical assault. 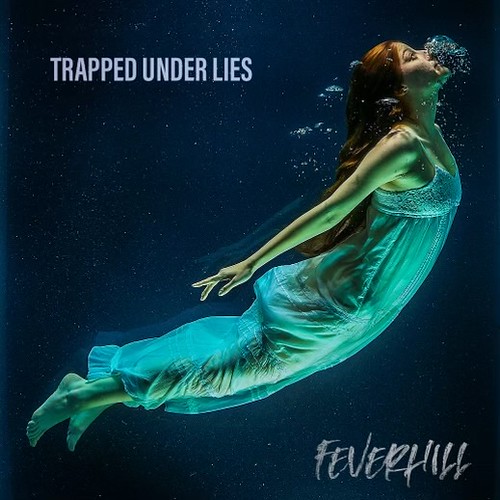 The breakdown is fierce when it arrives, yet never feels predictable or forced, rather remains in keeping with the rest of the track.

Billy Resendes' vocals veer from the emotional and melodic to the raw and unfettered, incorporating a little of Corey Taylor’s phrasing as Trapped Under Lies draws to its conclusion.

The combination of high energy ripping and the atmospheric, neo-industrial bridges in the early verses suggest the full-length will be brimming with creativity when it drops in the spring; it’ll be one record I’ll certainly be keeping a eye out for.