Multi-Platinum-selling rock band, Puddle of Mudd, will release their long-awaited new album, Welcome to Galvania, on September 13th via Pavement Entertainment. It marks the band‘s first full-length album of new material since 2009‘s Volume 4: Songs in the Key of Love and Hate.

Having sold over 7 million albums worldwide and releasing a string of chart-topping hits, including "Blurry," "She Hates Me," "Psycho," and "Control," Puddle of Mudd is finally ready to share some new music with their fans. 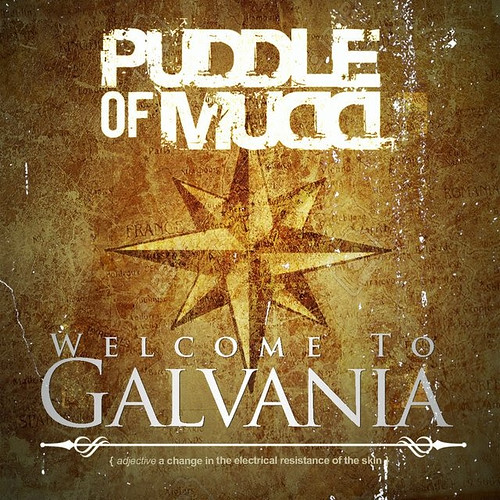 “This album has been a long time coming. I‘m just so happy to finally get it out there for my fans,” says Puddle of Mudd‘s frontman, Wes Scantlin. “I hope the new music inspires my fans to live their lives. I‘m just trying to crawl under people‘s skin and help them through their life musically.”

Pavement Entertainment‘s President Mark Nawara and Vice President Tim King have to say, "We are thrilled to be working with Puddle of Mudd. We are proud to say that Wes and company have officially inked the deal with Pavement." They also add, "Wes is a great songwriter with an extremely unique and iconic voice and the new album is a monster. The band has been selling out large venues around the world. Now it's time to bring new music to the ever growing and hungry fanbase."

Puddle of Mudd will be supporting the new album touring the UK this summer.