September is a strange time of the year for gigs. The sun on the summer festival season is setting over the horizon and the multitude of winter tours have yet to kick off. To fill the void, Uprising have stepped up to put on a very special event at Leicester’s O2 Academy.

This year sees the forth edition of the festival take in eleven bands across two stages, and it has to be said the organisation is impressive. With one stage setting up and sound checking as the the other stage is active there are five minutes between each band to move locations and most importantly there is not a single clash of bands! 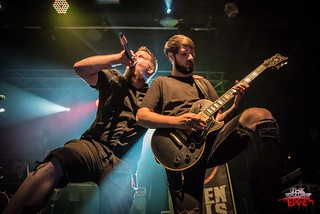 Opening up the day on the main stage were Leicester’s own Seven Hells, they are Bloodstock Festival alumni and on an impressive roll. Providing grove laden riffs of absurd aggression, a wall of sound blasts out from on stage as hardcore meets metal in a meld of gut-wrenching perfection. They are not metalcore, they have more depth, taking elements of said genre and expanding on it for a unique sound and performance.

Resin are coming here straight off the back of a critically acclaimed Bloodstock performance and roll out the orchestra again for a special grunge fueled show. The three guitars along with accompanying variety of other stringed instruments provide wave after wave of sound like no other. Following on Krysthla, also coming in from said other festival, destroy the assembled crowd. Mixing thrash’s riffs with an awesome bass and drum line the assault and battery of a set is something to be witnessed. 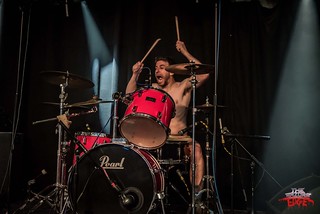 Over on the second stage, following the amazing solo death metal performance that is Foul Body Autopsy, were The Darkhorse. As a late edition to the line up few knew what to expect from The Darkhorse and it’s safe to say they blew the audience away. A mix of stoner, doom and outright aggression, think the musical elements of Raging Speedhorn crossed with Crowbar and you’re not far off. The trio were the discovery of the day for The Razor’s Edge and we can't wait to catch them again.

Staying focused on the second stage, Alunah’s brand of melodic doom was magnificent. Female melodic vocals atop dark heavy riffs seems to work so well these days and the Brummie quartet proved by they are at top of their game right now. Sian's vocals suck you in whilst the music's dark hypnotic feel keeps you entranced. Following them were the mighty OHHMS; more doom, but heavily progressive. Expansive sounds and thought provoking vocals meld together into a captivating performance like no other. 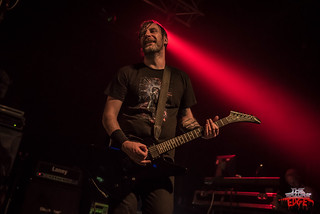 Heading back to the main stage and thrashers Acid Reign were bound to take the limelight for the day. With their first album in 29 years due out next week the set was a mix of old and new. New song ‘The New Low’ accepted by the fan base as a modern day classic. H the ever hyperactive front man thrashing around the stage and diving off the speaker stake whilst security weren’t looking. Cooky and Paul's combined guitars breathe life into the band, Paul with his Hetfield-esc stance commanding the right of the stage. They brought the old school feel to a gig back to the present day, at it was welcomed by all in attendance.

When Karl Willetts enters the stage you are always aware something special is about to happen. The Bolt Thrower front man onstage with latest outfit Memoriam are always highly anticipated performances. The bands sound and performance is driven by Scott Fairfax’s devastating death metal guitar work, with Karls growl layered on top it’s a face melting show like no other. 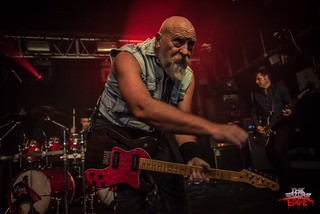 Headlining the second stage were Vardis, new wave of heavy metal legends that many festival goers were unfamiliar with. The trio soon proved why they were booked as second stage headliners. Old school heavy metal at its very best certainly won some new fans this evening.

It’s now nearing 10pm and the festival has flown by in the blink of an eye. The festival organisation, and strict set times have meant the smoothest day I can remember at any event.

With headliners Napalm Death you know exactly what you are going to get, and it’s good to see the 2000 capacity venue full for the grind core legends. The Brummie noise mongers are a welcome sight to us all. Barneys dashing figure greeting us in a Tasmanian like whirlwind as they power through their opening trip of songs in the blink of an eye.

As ever delivering a semi-political message between songs, Barney’s preaching’s resonate with the fans, as the does the music. The fans wanting more aggression following Memoriam earlier in the day are treated to ‘When All is Said and Done’, ‘Scum’, ‘You Suffer’ and of course ‘Nazi Punks Fuck Off’. Its your typical Napalm Death set which all in attendance loved to the very end.

With the festival now at a close for another year, we are left battered and bruised after a wonderful day of heavy metal action. Uprising in its new September slot is the perfect way to round out the summer festival season. 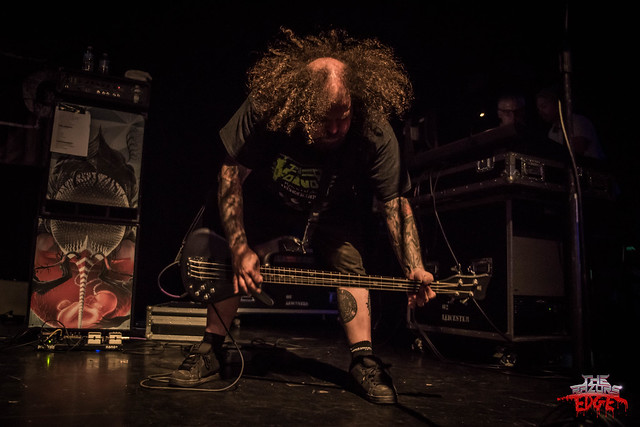 Have you checked out our other Uprising Festival coverage?