Cosmic death metal band BLOOD INCANTATION have joined forces with Century Media Records to release the band’s much anticipated second studio album, “Hidden History of the Human Race”, outside of North America, Mexico and Canada. Dark Descent Records will be handling the American release and the album will be available worldwide on November 22nd, 2019.

Featuring classic 1970s artwork by Sci-Fi god Bruce Pennington, “Hidden History of the Human Race” promises to be both a meditative inquiry on the Mystery & Nature of human consciousness, and a dynamic foray into the realms of progressive, brutal & atmospheric death metal, as revealed by BLOOD INCANTATION.

BLOOD INCANTATION - “Hidden History of the Human Race”
1. Slave Species of the Gods
2. The Giza Power Plant
3. Inner Paths (to Outer Space)
4. Awakening From the Dream of Existence to the Multidimensional Nature of Our Reality (Mirror of the Soul) 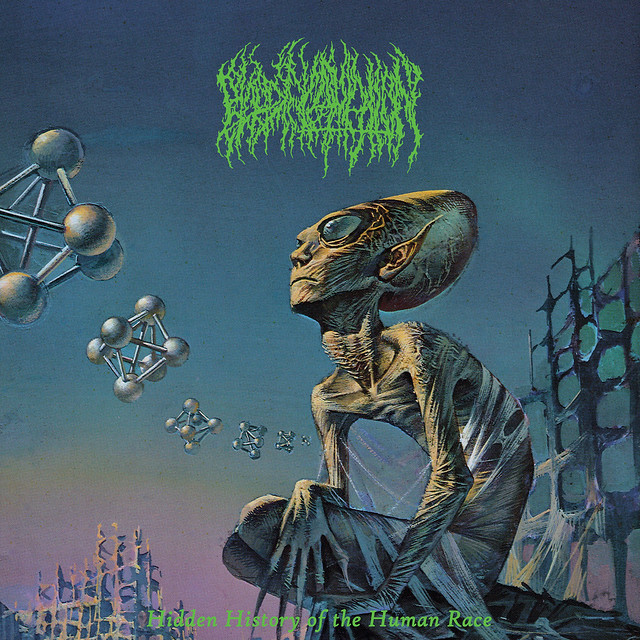