As most of you are off to the hallowed grounds of Bloodstock Open Air today the festival have throws some more bands out their to wet your appetite for their own September event, this on top of the previous announcement we brought to you from the Uprising guys.

On Friday 13th September at the Firebug they bring you Ward XVI and their theatrical metal show joining already announced 13 and Mörti Viventi.

Sunday 15th, September, also at Firebug, is 'Uprising: The Aftermath' and today Pemphigoid, Devil's Playground, Elyrean and Ashen Crown have been added to the line up.

The three day spanning event is now really shaping up to be one hell of an event!

Get your tickets whilst you still can: https://www.gigantic.com/uprising-tickets 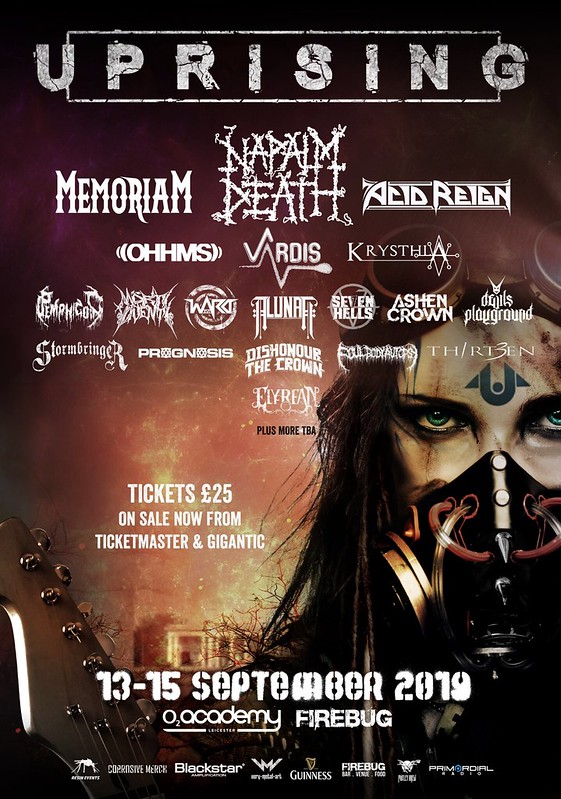