As the winter mists clear over the skyline of Britain’s second city another tour rolls into town. Finnish melodic death metal maestros Insomnium flew in this morning on a 5am flight to start the U.K. tour here tonight and for the whole tour Conjurer are on board in support.

Conjurer have the task of kicking off the evening, the Midlands quartet in as near to it as possible a home show. From the start of their set it’s a wall of noise, front man Dan Nightingale stage stage left allowing bassist Conor Marshall to dominate the fans vision centre stage, his flowing locks windmilling from start to finish. The extended 45 minute set allows the band to really excel in front of a potential new audience, battering our senses in a total non stop onslaught. If you missed them on this tour, get your Bloodstock tickets now as they will be opening the main stage at the festival on the Saturday. 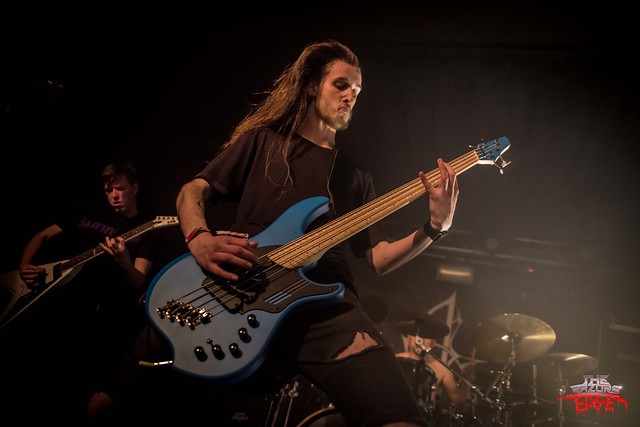 With that barrage of noise now passed, we await the arrival of Insomnium, on the first night of a lengthy U.K. run. A long melodic intro tape rolls and the stage smoke clears to reveals the four figures standing before us.

Those familiar with their recorded work may be taken aback by their live performance. Their latest album, ‘Heart Like a Grave’, as an example is a softly spoken death metal album, melodic, acoustic, heavy of keyboards. It’s a death metal album you can relax to - bet you thought such a thing didn’t exist? Live however, Insomnium are a different beast, they have an energy about them, the acoustics are electrified and the atmosphere set in the album rises to a whole extra level. 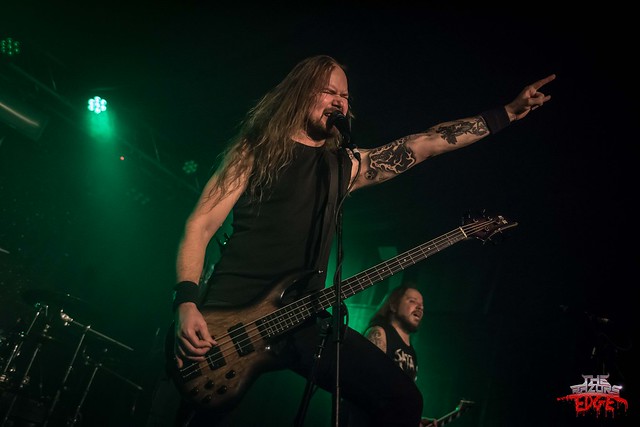 They open with ‘Valediction’ - Niilo commanding centre stage on bass with gruff vocals as the two guitarists duel riff after riff. The band have the confidence in their music to let it do the talking as they enjoy their moment in the spotlight on stage. The wonderful ‘Pale Morning Star’ and majestic ‘And Bells They Toll’ highlight the main segment of the set.

The crowd tonight welcome the band with open arms, thoroughly enjoying a rare tour of the U.K. by the group. ‘While We Sleep’ and ‘Heart Like A Grave’ close out what has been a magnificent evening of melodic death metal.

There are big things coming from the Insomnium camp this year and we can’t wait to see what else they have in store for us. 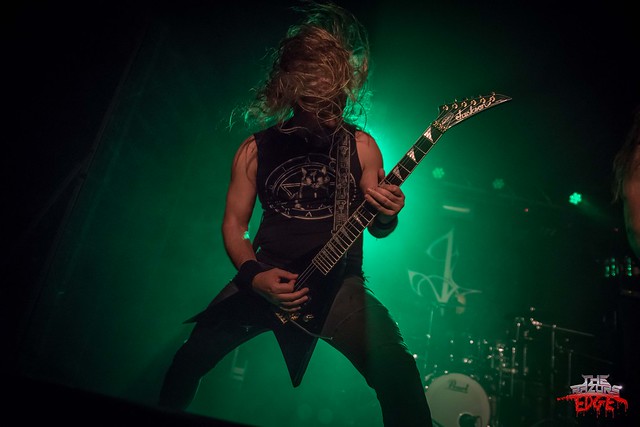