We’re back at the fabled KK’s Steel Mill in Wolverhampton for the start of Metal 2 The Masses, the competition that see’s bands battle it out for a single spot on the line up of this years Bloodstock Festival. Over the next two months here in the Black Country twenty four bands will be whittled down to one in a series of fan and judge led votes, determining who’s the rightful owner of the spot on the bill. 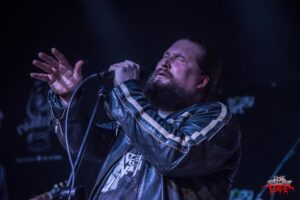 Kicking off the four band fight that is heat one are Lynus a rock act from right here in Wolverhampton. Their music tinged with southern groves and full of raucous riffs is a fine way to kick off proceedings. Andy’s vocals grabs the fans attention from the start, dragging them into the all out rock performance. It’s a slick start, note perfect, but is that enough to win over the voting audience? 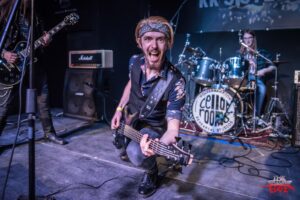 Next up are competition veterans Militia Inc who were unlucky not to progress in the competition last year. They mix NWOBHM grooves with thrash riffs in a mix of styles which works so well. Front man Richard oozes confidence and the rest of the band feed off him. Highlight of the set is ‘Voice of Treason’ which is heavily Iron Maiden inspired, especially in the wonderful intro. Now that surly lays down a marker in the competition? 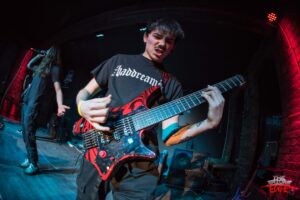 We’ve hit the half way point of the evening when Identities take to the stage. A band that go to prove the saying never judge a book by its cover. The unassuming young lads set up on stage with little fuss but when that first song kicks in they blow you away. A whirlwind of noise comes forth, describing themselves at progressive metalcore I would suggest that description is spot on. The energy within this quartet is mesmerising, but will the fans agree later on when the votes are cast? 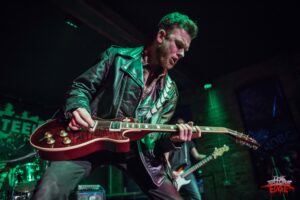 Final act of the evening are glam metal outfit Gypsy Jack. Bring their loud brash riffs to the fore the flamboyant four piece use their half an hour set to the full. The music is in your face, punchy and full of life and the band try to win over the floating voters with their stage performance. A broken guitar string in the last song didn’t deter the band and in fact made their sound darker and dirtier.

The atmosphere in the room is electric as the votes come to be counted... the two bands progressing from this heat to the semi finals are Identities and Lynus.

See you next week back at KK's Steel Mill for more action! 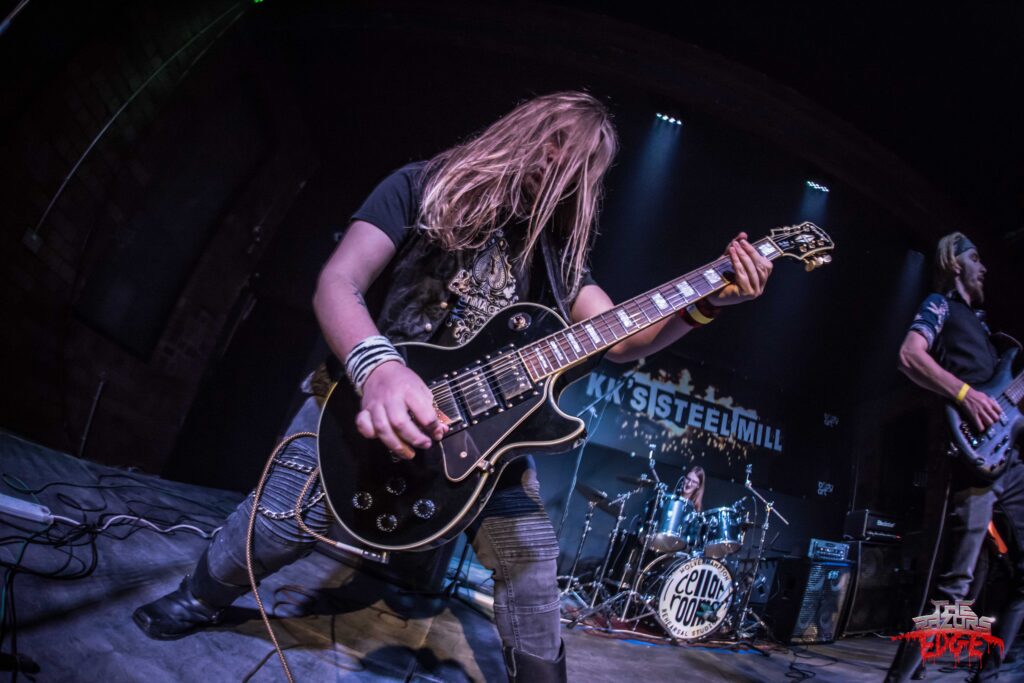 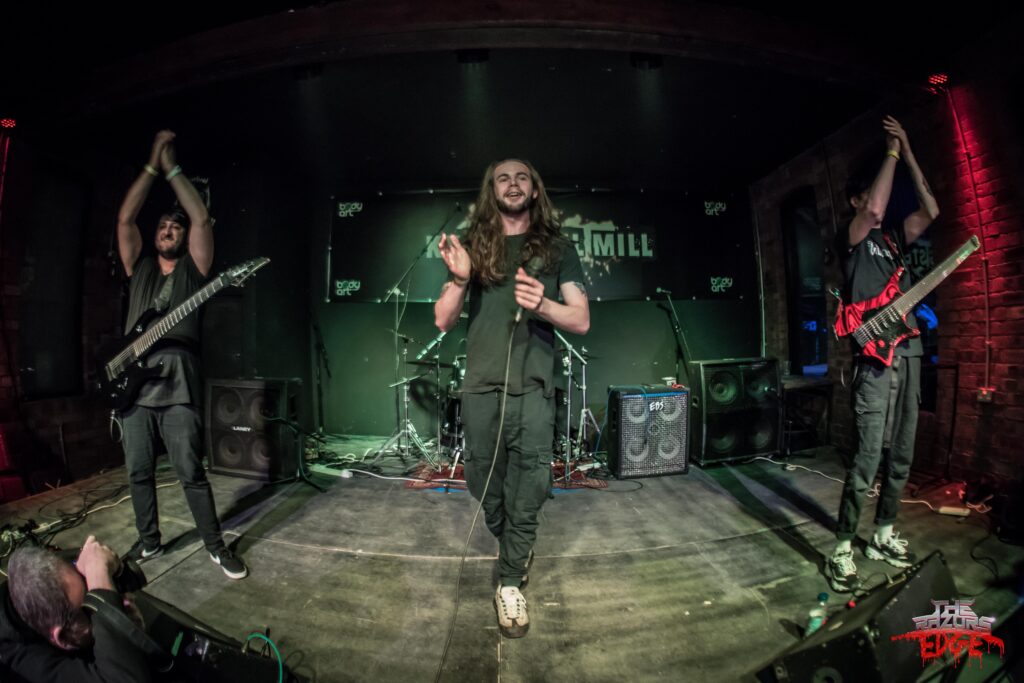 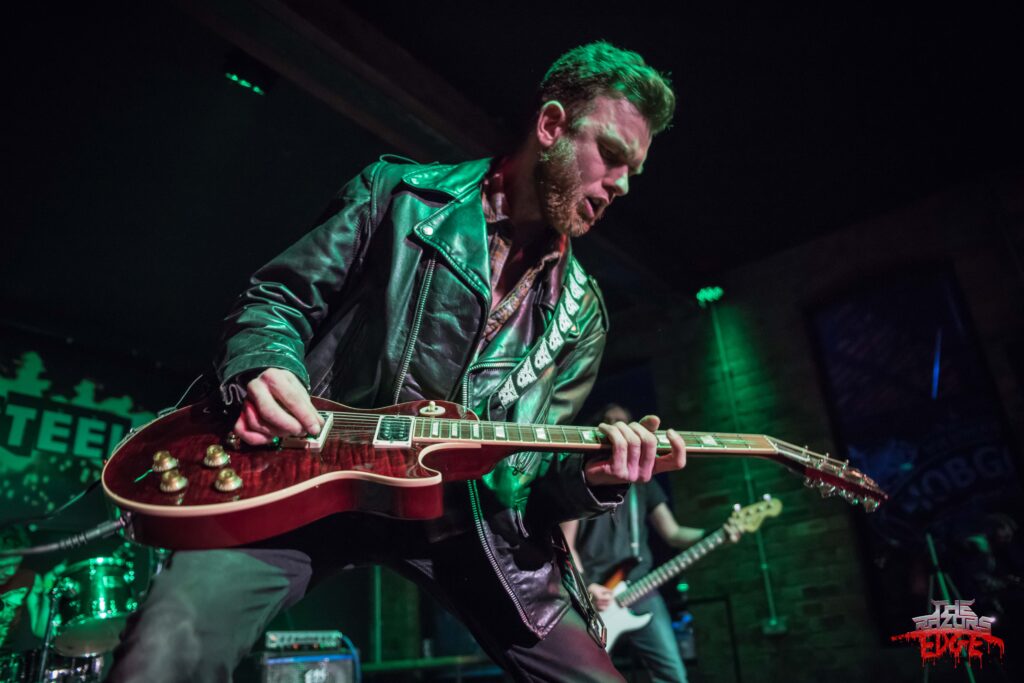 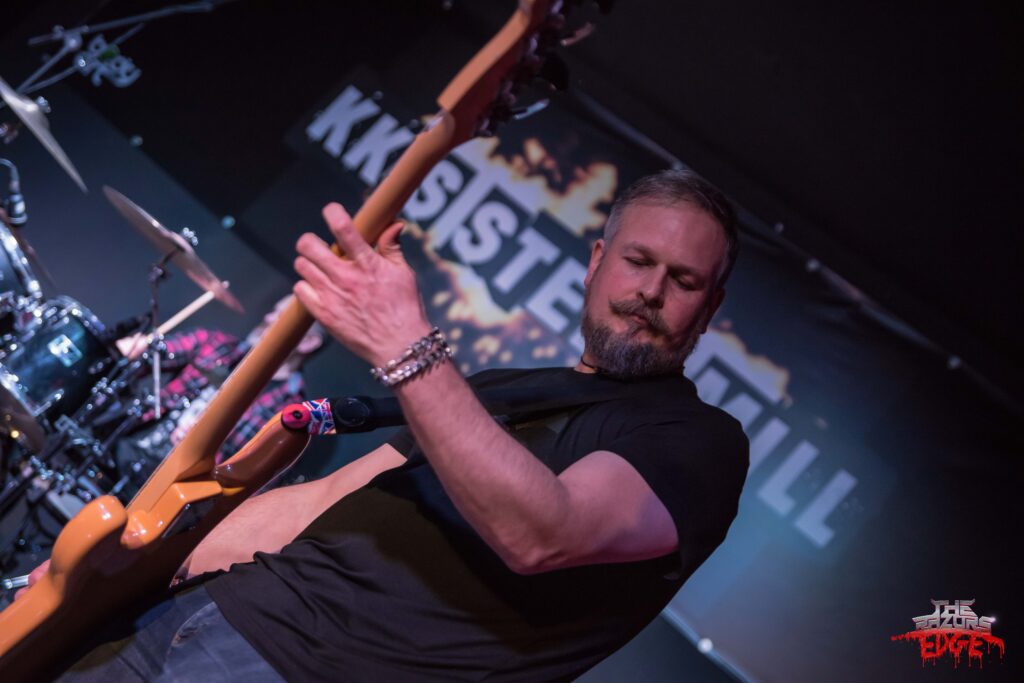