With my thoughts with friends in South Wales as heart-breaking pictures of floods in Pontypridd and surrounding areas filtered through, metal was back on the agenda with Black Country bruisers Skull Fox whose punchy, highly enthusiastic set was ideal to start Day 2. The feisty thrash from Manchester trio Vice got the early punters excited on the main stage with the power from Tom Atkinson, Aiden Lord and Connor Summer impressive. Meanwhile back on stage three it was Stourbridge sludge from King Corpse whose glacial riffing induced much head banging with their Sabbath influenced crushing metal. 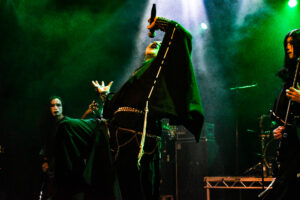 The best discovery of the weekend followed in the shape of Japanese black metal six-piece Ethereal Sin. Having accompanied Skiltron across the UK, the band revelled in the wider space of the main stage with a superb set of pagan black metal delivered at ferocious speed. Vocalist Yama Darkblaze’s grim vocals and chants were interspersed with his limited English (far better than my Japanese by the way), between songs which was wonderfully endearing. With full corpse paint and robes Ethereal Sin were one of the bands of the weekend.

South Wales outfit King Kraken have been on my radar since their inception and first show in 2019’s Metal 2 The Masses in Cardiff where they made the final. Since then the band has made massive strides forward and the packed stage two venue was all the evidence needed. The Kraken soon proved that they are indeed a beast from the deep, hitting hard and heavy from start to finish. The thunderous ‘War Machine’ opened the set and from there on it was full throttle. This band is scintillating live, frontman Mark Donoghue paces the stage, challenging any pretenders with his intense stare, whilst the engine room of Richard Lee Mears, bassist Karl Meyer and rhythm guitarist Pete Rose lock everything down tight. This allows the fluid lead work of Adam Kowalski Healy to take centre stage. The roars of “one more song” at the end of the set tell you all that you need. The Kraken are coming. Be warned.

Needing to calm down, what better way that 30 minutes of Sabbath-infused doom. Back on the main stage, Witchsorrow were going about their job of laying waste to the venue with ease, the Hampshire doom trio ensuring that ear plugs were a necessity.

Whatever energy I had left was soon expelled by another great UK band who followed up with their slab of extreme metal. Yes, the Northamptonshire behemoth that is Krysthla followed up their stunning Bloodstock 2019 main stage show with another blistering hour of intensity. From the opening chords, these guys hit the accelerator and didn’t ease until set closer ‘Luminosity’ was a feedback filled memory. Another band who always work hard, for me they are one of the exemplars of how to do it right. Punishing metal which strains the sinews, but with a humbleness which keeps them firmly grounded. Two new tracks, My Castle and The Gift merely whetted the appetite for album number four. 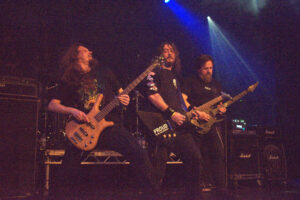 Old school heavy metal from Death Valley Knights on stage two was going down a treat and then it was Argentina’s Skiltron whose hour-long set was full of energy. Their folk metal whipped the crowd into a frenzy although those bloody bagpipes began to grate after about five notes! With Damaj absent, stand in punch in the face from the punk rock of London’s Face Up was assured as the band’s high-octane performance got the venue bouncing once more. After a quick look at metal core outfit Avarus whose image belied their snarling attack (do Steel Panther do metal core?) it was the final band and the pummelling thrash of Preston’s Xentrix which concluded our visit. Xentrix give no shits. This is thrash, like it or leave it, and they went on the attack from the first note. Tracks from 2019’s Bury the Pain now sit comfortably in the set list and sounded massive. With a two-hour drive to come, it was time to bid Birmingham farewell. Until the next time … 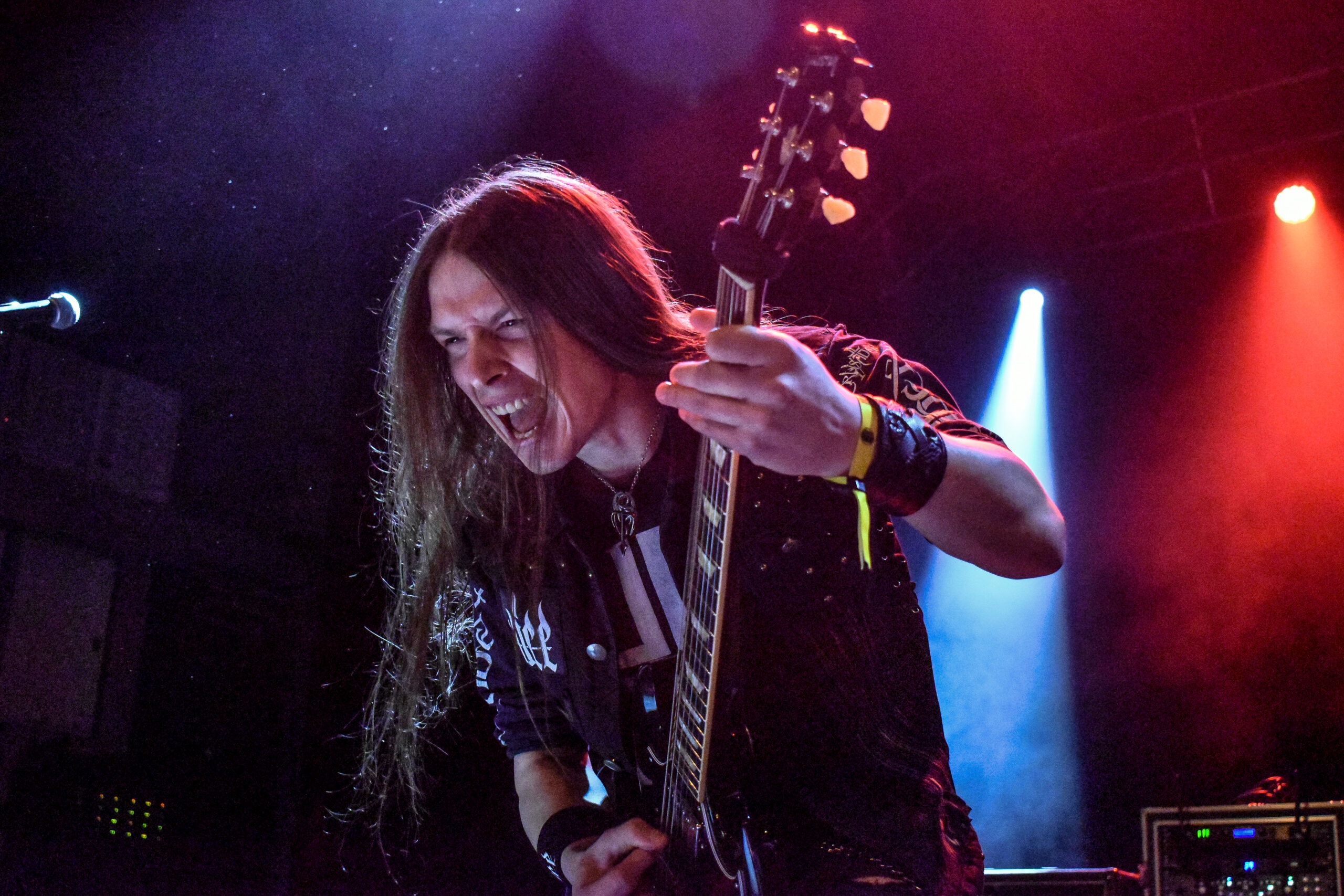 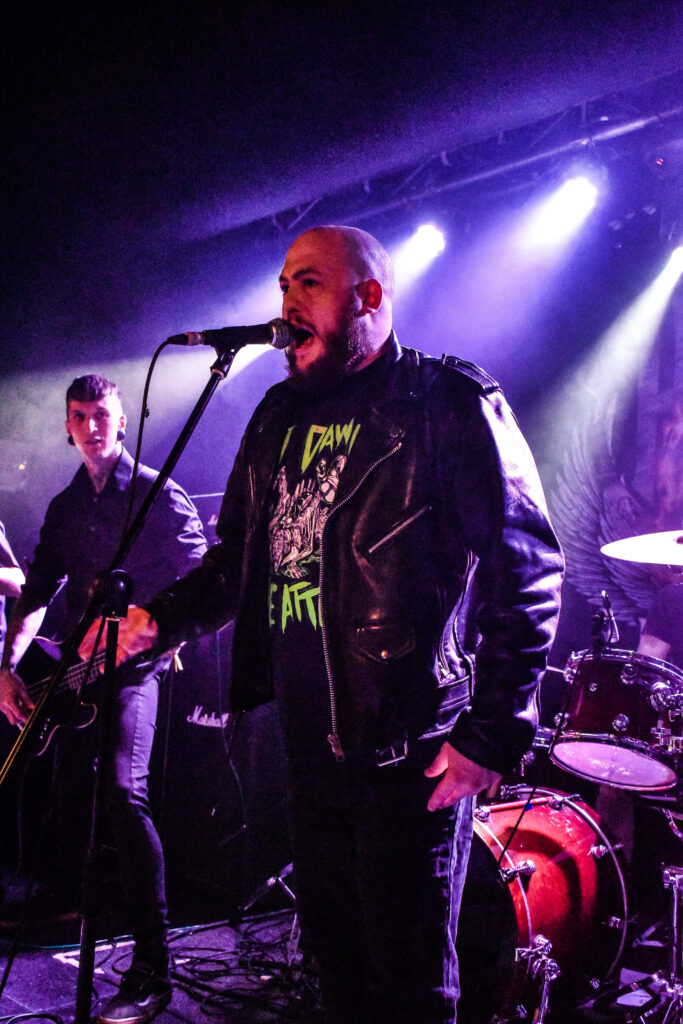 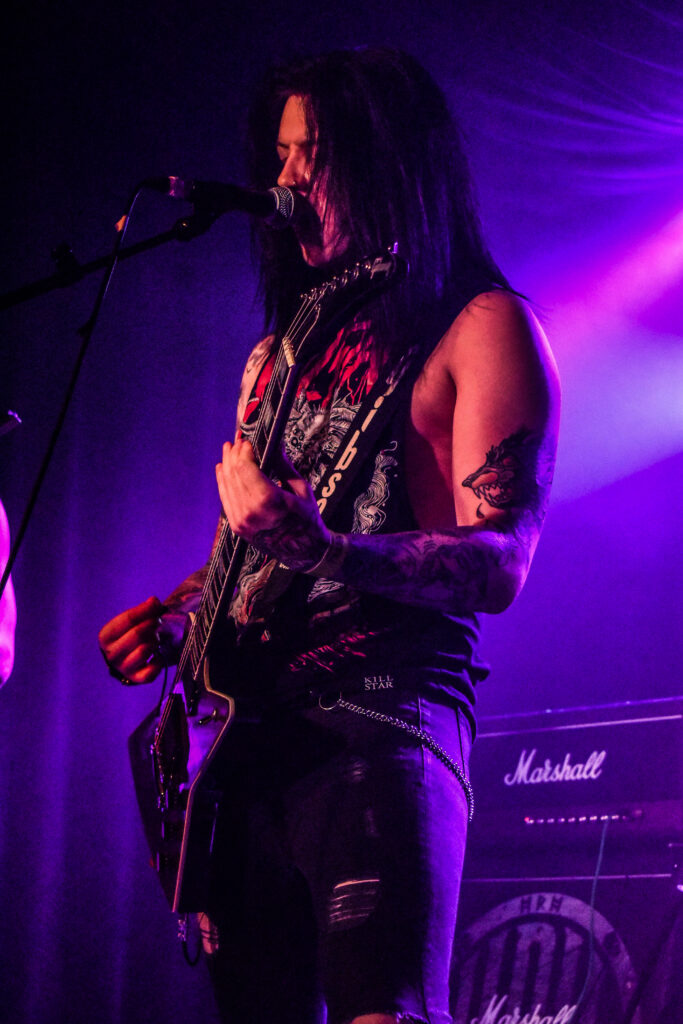