As storm Ciara is set to sweep the country leaving detestation in its wake a storm of a different kind is being whipped up in Wolverhampton. The whirlwind sensations that are Those Damn Crows arrive at KK's Steel Mill for a sold out show, the packed venue a frenzy of excitement as the doors open. 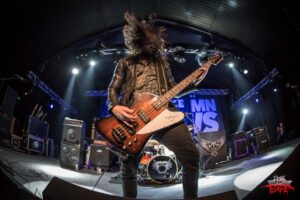 With the main room filling up nicely Merthyr Tidfils own Florence Black. The energetic blues fuelled rock n roll band get the evening kick started nicely and quickly warm up the crowd. They first crossed The Razor’s Edge path at Bloodstock Festival a few years ago, a welcome break from the extreme bands of that weekend. Now on a more fitting bill they totally blow us away with their energy and enthusiasm. The high voltage set is rounded out beautiful with a cover of Budgie’s Breadfan. If anyone were to ask, I would say that of all the bands who have covered this song over the years, Florence Black’s version is by far the superior! 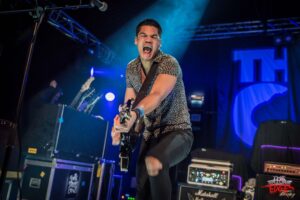 Stepping into the fray next are Hollowstar who have been reviving extensive airplay from both Planet Rock and BBC Radio 2 of late. They too bring the high energy rock and roll vibe to the table, guitarist Phil, resembling the storm brewing outside, a whirlwind of energy on stage. Much as Florence Black before them Hollowstar whip the fans into a frenzy with ease, their own brand of hard rock lapped up by the Steel Mill faithful. Six songs and it’s over, all too soon. But Hollowstar will be back, they’ve won many new fans tonight and it won’t be long until they are headlining in their own right.

The fans don’t have to wait long for this evenings headliners to make their entrance. The stage bathed in bright purple lights as the Bridgend five piece make their way onto K.K. Downings stage here at the Steel Mill in Wolverhampton. 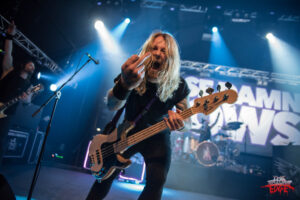 Launching themselves into ‘Who Did It’ the band’s enthusiasm it plain for all to see. With smiles from ear to ear their euphoria is infectious and the crowd feed off it. Shane Greenhall stands tall and proud upon his podium, towering over the adoring masses as the guitarists, in jest, give a middle finger salute to the photographers in front of them.

It’s a career spanning set this evening, from their latest album ‘Point of No Return’ and through their back catalogue. ‘Behind The Walls’ has the crowd singing in unison whilst ‘Set in Stone’ and ‘Blink of an Eye’ has the whole room dancing, moshing and banging their heads to the music.

Shane ventures to the back of the room, singing from the sound desk and high fiving the fans on the disabled viewing platform, giving everyone in the room a sense of belonging. This isn’t a group of fans watching a band, this is a family. The Those Damn Crows Family and everyone is invited to the party!

The closing trip of ‘Don’t Give A Damn’, ‘Breakaway’ and ‘Rock N Roll Ain’t Dead’ finish the evening on a high. Not a sad face amongst the 1000+ fans in attendance at the sold out show. Those Damn Crows are set to be the next big thing in the rock world and tonight’s showing just cements their place high atop the podium! 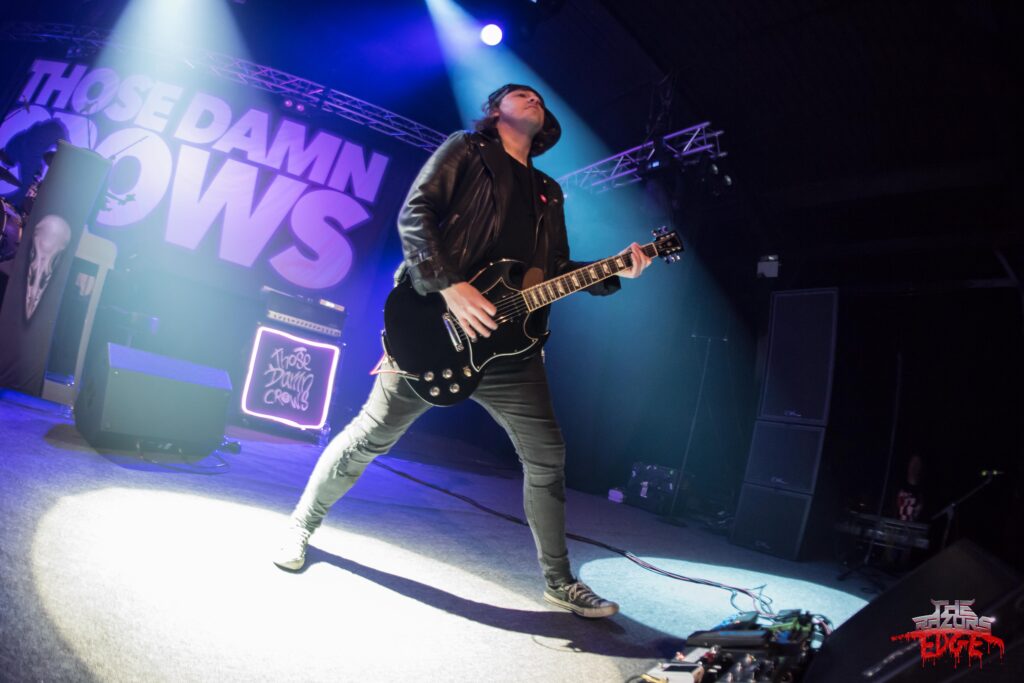 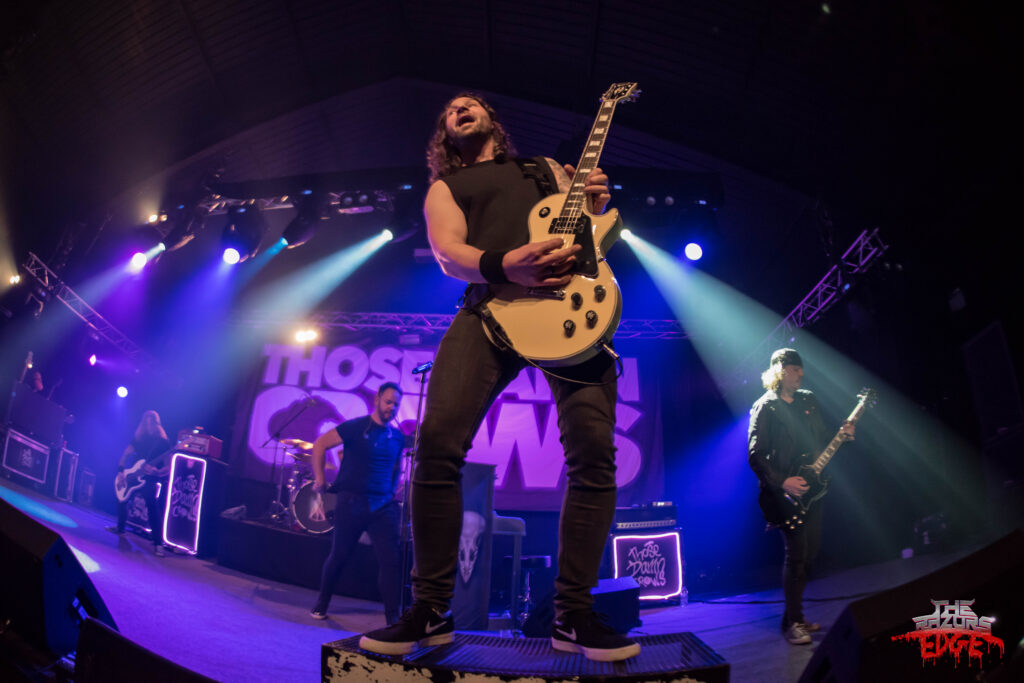 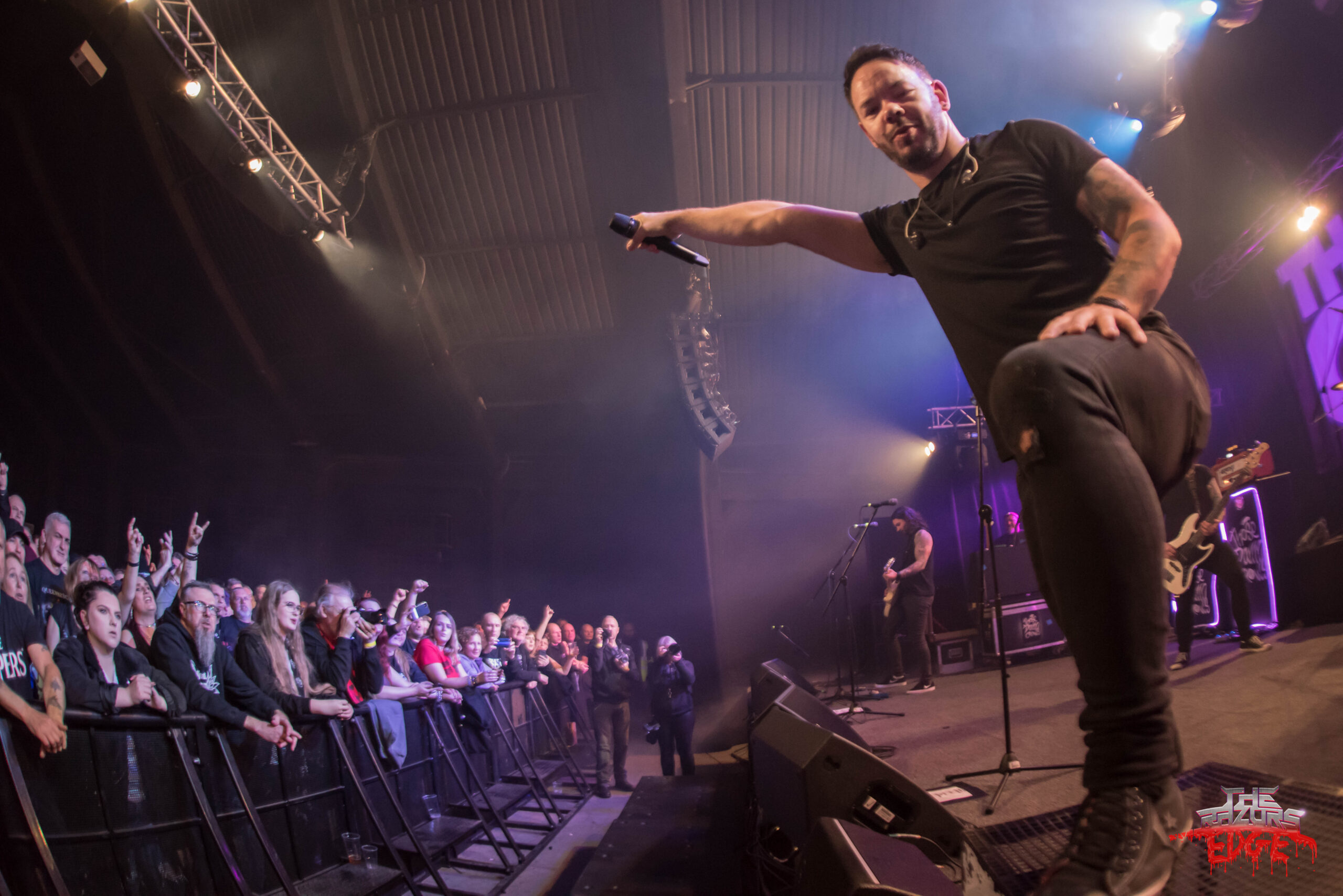