HUNTSMEN have today released the second track from their upcoming album, Mandala of Fear. The single, titled A Nameless Dread, is streaming everywhere now and you can listen to it right here!

Mandala of Fear is released via Prosthetic Records on March 13 - pre-orders are available HERE.

"A Nameless Dread is the heaviest and most abrasive song on Mandala of Fear. It tells of an elusive and shadowy cruelty that marauds the desert seeking only to single out, punish, and destroy the weak and wounded. It might be a man, or a memory of unimaginable pain, or both. Either way it was born of pain and was unable to escape its mire, so pain became its legacy - its gift to others. It is the memory of past terror projected outward into the future, wielding boundless power; eternally repleted by those enslaved to it".

With Mandala of Fear, HUNTSMEN have returned to add a dynamic new chapter to the rich and varied tradition of great American storytelling. Massive in scope and spanning two full LPs, the album explores themes of trauma, recovery, and - ultimately - survival, through the lens of a fully formed sci-fi-esque tale set in the near future as unending desert war crumbles into apocalypse. The story is further told through a 32-page graphic novel that accompanies the 2LP set.

Whilst storytelling has been - and remains - at the core of all that HUNTSMEN is, they continue to dissolve the boundaries between metal and the more traditional modes of folk and country. Mandala of Fear marries melody and progressive elements to create an undulating foundation to layer its dystopian missive on atop.

Recorded at Decade Studios in Chicago with Sanford Parker occupying the producer’s chair, Parker’s own love of true American storytellers such as Waylon Jennings further imbued the spirit of the tradition into every crevice of the album, while his leanings toward icy electronic music provide a chilling and gut-wrenching counterpoint. 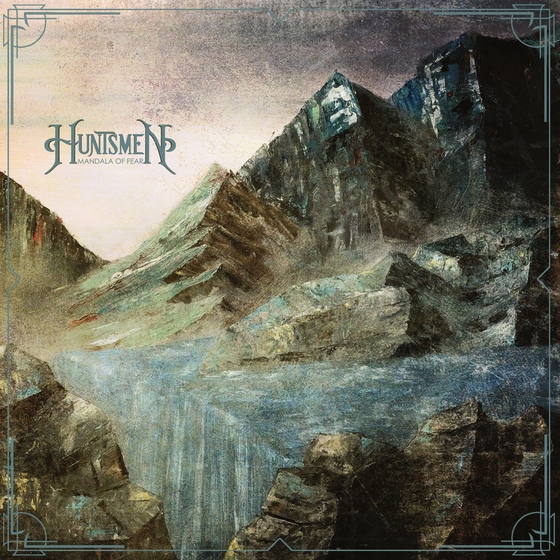