Please don’t mix up Svengali with Sven Gali, the Canadian trippy glam band of the 80’s that rose to the dizzy height of having a video on MTV. That would be about the biggest mistake you could make as these bands are polls apart in both sound and culture. This Svengali produce heavy as hell riffs with massive bass and smashing drums, interspersed with heart felt bridges and choruses and emotional lyrics that contrast the main verses. A bit like a heavier Alexisonfire or an alternative Killswitch Engage. 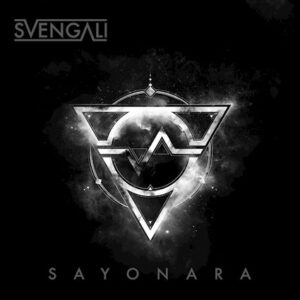 So that’s the review over right? Wrong. This band have a story to tell. Svengali play straight out of the UAE but the composite parts of the band have been collected from all over Asia and the Middle East. The members come from Iraq, Iran, Lebanon and India and they have worked themselves up as the hottest metal band from the desert region. They have been nominated in the UAE equivalent of the Brits and have a debut album that reached number 2 in the national charts of the UAE.

All very impressive but I get the distinct feeling that Svengali have missed a massive trick here. Having the background that they do, having the experience they have, and working hard to gain this opportunity, they sound so "American".

I like the material as it is, and don’t want them to use their combined cultures as a gimmick and pepper each song with Middle Eastern overtones, however I am sure they could have inserted a bit more of their personality into this record. It would have made it more dynamic. I can see lots of opportunities for this band to break into the western markets. I’m sure with the correct support tour, they will become popular. But I’d love to see and hear a lot more of them in the music. An opportunity missed but certainly not wasted.