This week when we arrived at Devil's Island we found Norwegian based metal outfit Aspherium sat on the beach. We thought they may have succumb to Corona virus, turns out they'd managed to escape it all by getting shipwrecked on our island!

Bjørn Tore: Dream Theater's album Systematic Chaos. It is an album that I find as a little gem in the prog universe, seems to be one of the most underrated DT albums out there. And it has some of the most tasteful drumming Mike Portnoy has ever done in my opinion.
Morten: Symphony x – The Odyssey. Because it is a great album.
Torgeir: Mastodon – Crack the Skye. Gonna be there for a while. Need an album I can’t go tired of.
Marius: I would go with Peace Sells, But Who’s Buying by Megadeth, since it has the song Devil’s Island on it. That is probably a clue, and if we play that song backwards, we win the grand prize and leave the island.

Bjørn Tore: Deftones Diamond Eyes. Because I love owls.
Morten: Dream theater – Awake. Just a cool album cover.
Torgeir: King Crimson – In the Court of the Crimson King. Waking up to that face reminds you that you’re still stuck on the island.
Marius: Immortal – At the Heart of Winter. I think I would miss snow on this island, so this will help satiate that somewhat. Also, some mighty ravendark is never a bad thing.

Bjørn Tore: "Brown Eye" because Machine Fucking Head!
Morten: For survival purposes I would go for water. If not for that I would have to go for beer.
Torgeir: Amundsen Brewery – Super Santa – Shoco Shake Stout.
Marius: Might as well go all in and have some weird fruit cocktail in a coconut with umbrellas and fireworks.

Bjørn Tore: Jack Sparrow. He knows how to domesticate sea turtles to ride on.
Morten: Bear Grylls.
Torgeir: Tom Hanks – He´ll build a better raft this time.
Marius: Devin Townsend. He will create some vast and amazing album about Ziltoid, and the album will be so good that Ziltoid himself transcends space and/or time and comes and saves us all with his amazing omniscience. He will get coffee, of course.

Bjørn Tore: Opeth - Live at Royal Albert Hall.
Morten: Kamelot – one cold winters night. I was there so it brings back some memories.
Torgeir: Tool – Roskilde Festival 2006.
Marius: Metallica – Oslo Spektrum, Norway. November 24th, 1996. My first Metallica show, and I have never found a recording of this show. There’s a great radio broadcast of the show the night before, but not of this one as far as I know.

Bjørn Tore: Christina Aguilera - she knows a genie in a bottle…
Morten: Bruce Dickinson. Maybe he can pick us up in a plane.
Torgeir: Sting – Has experience with bottled messages.
Marius: Someone who is playing the 70 000 Tons of Metal cruise. Then they can come pick us up, and we can play a show on the way home!

Bjørn Tore: If the crew survived, we would have to take them first... But if it was just our band members who survived it needs to be Marius. The other two are too skinny anyway and I am to fluffy, so they would die of a blood clot if they ate me.
Morten: If someone had to be sacrificed for lack of food, I would have to go with Torgeir, just because lack of food makes him really cranky.
Torgeir: Me – No one really notice the bass anyways 😉
Marius: I will sacrifice all three to the volcano gods that rule over this island in exchange for a lifetime supply of chicken fajitas.

Morten: John Petrucci. He has been a great inspiration to me when it comes to guitar playing.
Torgeir: Ryan Martinie from Mudvayne. I had to learn Death Blooms for a school band (Marius was in it). Made me realise I could actually be good at playing the instrument. Too bad no one really notice the bass anyways 😉
Marius: James Hetfield. He is the reason I started playing guitar, the reason why I dared to try singing as well, and without him there would be no Aspherium at all… I also learned to believe in myself, conquer my fears, to seize the day, and dare to fail. Thanks, James!

Sadly there was no room on our boat so we had to leave the lads behind on the island. We left them sat round a campfire on the beach with Bjørn Tore desperately hoping Christina Aguilera has found his message in a bottle. 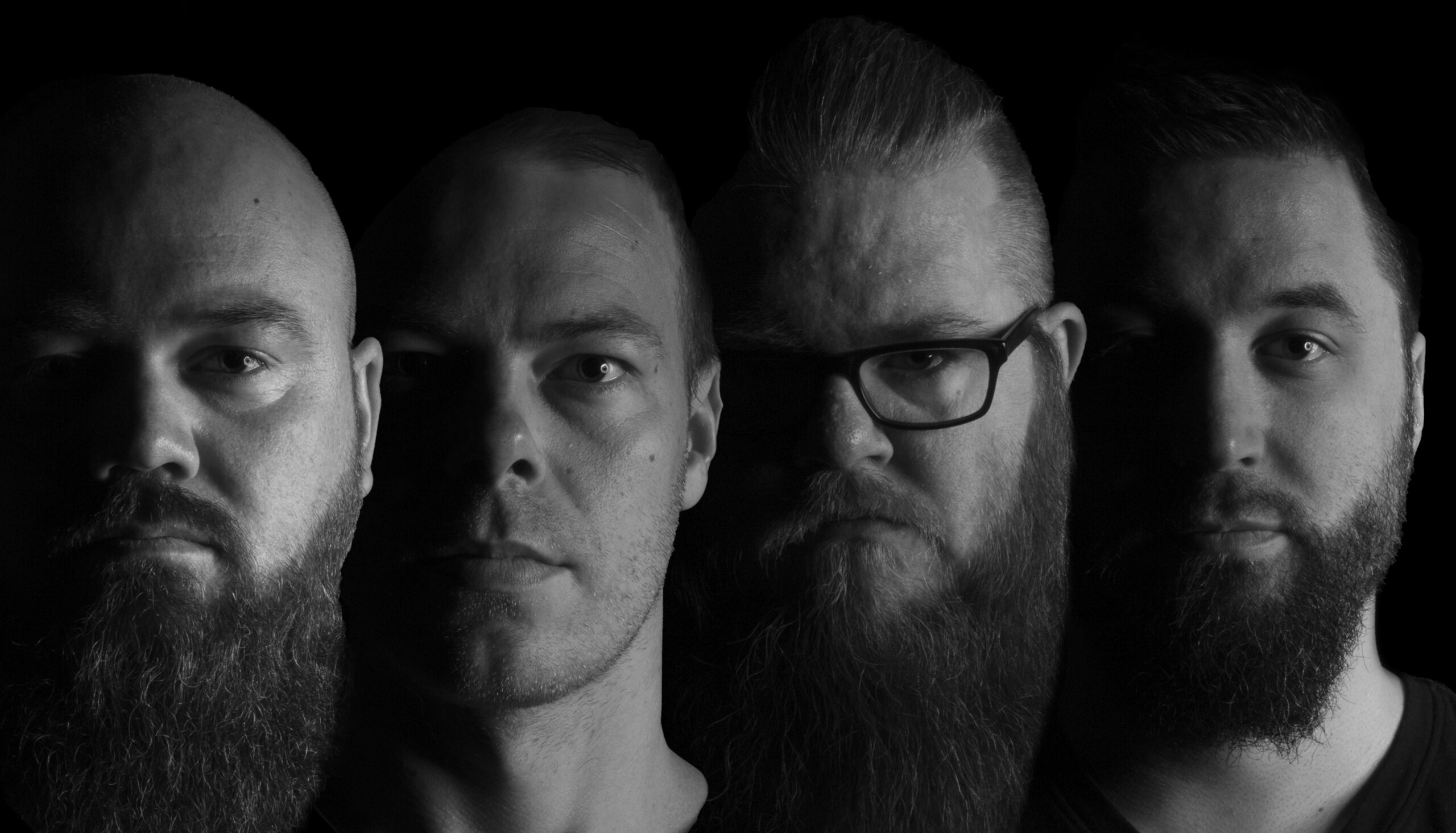