H.E.A.T have established themselves as one of the hottest melodic rock bands on the scene and we are thrilled to announce that they will play at Stonedead. With their self produced 6th album H.E.A.T II, released in February 2020 to critical acclaim, H.E.A.T bring powerful melodic vocals with a huge sound. The album has gained plaudits world wide, returning to a heavier style and cementing their place in the Melodic Rock genre. H.E.A.T will be bringing their high octane live show to Stonedead 2020.

Stonedead 2020 is an outdoor, one day, one stage, monster of a festival where rock music reigns eternal. Stonedead is firmly placed on the rock festival map and places the rock fan experience at its core. Come and see it for yourself!

Stonedead aims to excite both classic and new rock fans in providing a unique one day, one stage festival where the music is the focus, the beer and food are priced competitively and you can camp / park 5 minutes from the level ground arena. The festival is solely organised by volunteers and created for music fans, Stonedead is a festival experience not to be missed. 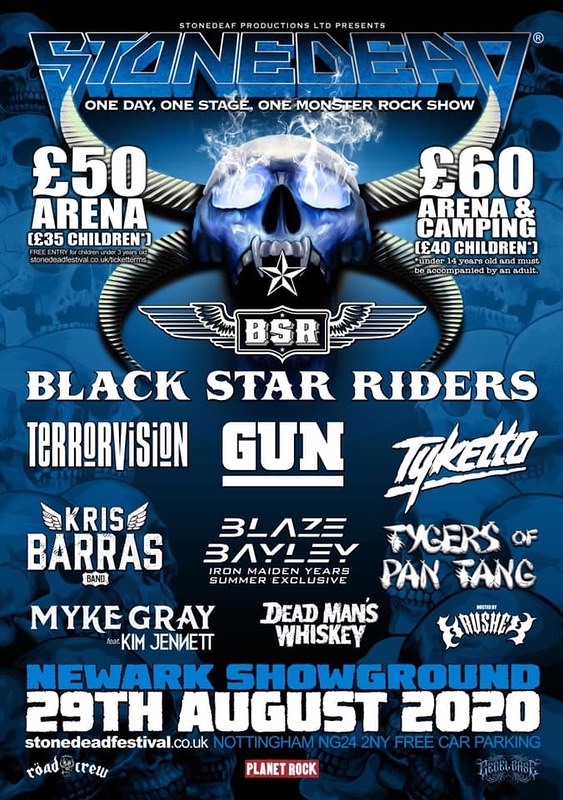 For tickets to the festival visit: www.stonedeadfestival.co.uk/tickets

Missing Stonedeaf 2019 already? Catch up with our coverage of this years event: