Formed in the early 1990s in Melbourne, Australia, Vanishing Point have released five full-length albums in their 25 years as a band. Playing expansive progressive melodic metal, the band have experienced numerous line-up changes over the years since their debut release, ‘In Thought’ in 1997. Over the years, the band toured with several big names including Yngwie Malmsteen, Nightwish, Sonata Arctica, Helloween, Joe Satriani, Edguy, Dragonforce and Iron Maiden. After 2014’s ‘Distant is the Sun’ all went quiet. Guitarist Chris Porcianko explained recently: “We faced many obstacles over the years between 'Dead Elysium' and 'Distant Is The Sun', we’d like to think that this album is also a kind of reflection on the journey we had as a band and as individuals over the last few years." 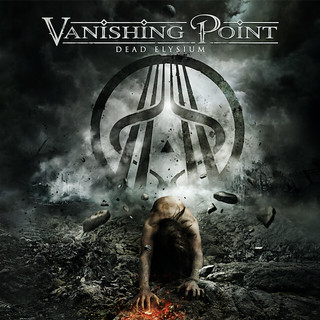 ‘Dead Elysium’ is a bombastic, polished, and quite massive album. An hour in length, there is ample time for Vanishing Point to expand and explore musically and they take full advantage. The title track opens the album, a rampant seven-minute song which immediately sees soaring symphonic additions giving depth to the song. It shifts, almost power metal in pace with the two new members locked in tight. Hall’s thundering drums power the track, forward, whilst Massaro’s vocals are powerful and on point. It’s a dramatic start, and an impressive hook to draw the listener in early doors.

As ‘Dead Elysium’ progresses, the quality of the songs and the tightness of the band is evident. They do rely on the symphonic overdubs a lot, but the strings provide the most epic of aural rewards. Rich in melody, it’s the overall combination that really impresses. Porecianko and Maer ensure that their chunky riffs are always present but don’t dominate, subtlety sweet solos laced through the songs.

The sound that the band have captured is huge throughout, the production crisp yet providing opportunity for the songs to breath, whilst the changes in song style allow sweeping banks of melody to flow. Tracks such as ‘Salvus’ and ‘The Fall’ sit comfortably within the melodic rock category, the likes of ‘To The Wolves’ add some steel and then there is the orchestral drama of ‘Shadow World’ and ‘The Healing’ which changes direction with even more impact.

It’s not often that something so melodic impresses me, but Vanishing Point have a metallic spine which ensures that this is much more than a limp AOR record. It may have been six years since their last album, but ‘Dead Elysium’ should do much to redirect attention to the Southern Hemisphere for yet another strong 2020 album

'Dead Elysium' is released on 28th August on AFM Records.