It’s hard to believe that Anaal Nathrakh have been together for 21 years now, its seems like only yesterday they started destroying the British extreme metal scene with their very own take on the black metal genre. Taking their cues from Norwegian greats like Burzum and Mayhem, the Birmingham duo have stretched the envelope far further incorporating a multitude of different styles over the years.

‘Endarkenment’ is the bands 11th studio album, the follow up to the critically acclaimed ‘A New Kind of Horror’ from 2018. Irrumator (Mick Kenny) the musical mastermind behind the project does not limit himself to black metal stylings when writing; throwing a hint industrial, death, grind and more into the melting pot when writing each and every opus. V.I.T.R.I.O.L. (Dave Hunt) the lyricist behind the works is never one to shy away from difficult subject’s, but for their latest album he comments:

“I think in terms of feel, it's brighter, more open and direct than maybe we've been in the past," states vocalist Dave Hunt. "Obviously I don't mean it's happy-go-lucky sounding, or suggestive of a sunny disposition. I mean something more like it burns with light rather than glowers with darkness. It's coruscating.” 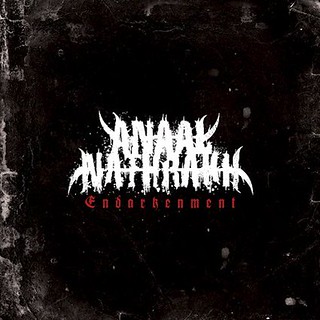 As you expect from any Anaal Nathrakh offering, the album is face meltingly brutal from the off. Title track ‘Endarkenment’ assaults the listener with a ferocious battery of riffs and V.I.T.R.I.O.L.’s haunting vocals from minute one. But this isn’t out and out extremity, Hunt’s vocals soften to actual singing at points on the opening track; from brutal to symphonic and back again.

‘The Age of Starlight’ really see’s Irrumator experiment with the Nathrakh sound, opening with round after round of blast beats it ebbs and flows from brutality into interludes of power metal before returning to the extreme sound they are famous for. Similarly on ‘Feeding The Death Machine’ the song is laced with a symphonic metal undertone, the more extreme elements sitting in the foreground whilst the symphonic tones setting the foundation off which the song builds.

‘Endarkenment’ is the next chapter in the Anaal Nathrakh story, yet again highlighting the skills of both members in their song writing and performance. To label them black metal would be to do the music an injustice, its scope is far more wide ranging than that, always extreme but happy to dip the toes into pools of other sub genres along the way.