Pulchra Morte is an American death doom band whose line up comprises Adam Clemans (Skeletonwitch, Wolvhammer), John Porada (Wolvhammer, Abigail Williams), Jarrett Pritchard (Eulogy, Brutality), Clayton Gore (Eulogy, Harkonin), and Jeffrey Breden (Leagues Below). Their debut album ‘Divina Autem Et Aniles’ was released in February 2019 and their sophomore album ‘Ex Rosa Ceremonia’ arrives on 6th November. I was lucky enough to catch up with Clayton and Jarrett via Skype to find out a bit more about the band and the new record.

Regardless of where artists are these days, our first questions always centre on how people are doing in these strange times. With members of Pulchra Morte spread over more than 1000 kms, there were obviously some variations but both Clayton and Jarrett are home based creatures. “I have my own studio” said Jarrett, “but obviously going out is more of an adventure”. Clayton has been a home worker for over a decade, so there hasn’t been a huge change. “My wife and I love eating out at different restaurants” he explained, “so that hasn’t been happening. Of course, the biggest difference for me is that my wife is at home all the time now” he laughed. Something I can relate to!

Pulchra Morte’s members are drawn from some well-known extreme metal outfits, but it’s reasonable to say that they are probably not that well known in Europe and the UK. So, how did the band form? The band share a love of old school Paradise Lost and My Dying Bride. “It was a movement that appeared for a couple of years at the beginning of the 1990s” Clayton elaborated, “and then it disappeared. We wanted to do music of that style because we all loved it”. Jarrett and Jason (Barron – the band’s first singer) got together before Clayton came on board. “I’d known Jason for over 20 years, and so was very keen to get involved” Clayton added. From there, the band found second guitarist Jeffery Breden and along with bassist Dylan Kilgore (who was mainly a live player) the band started work on their debut release. 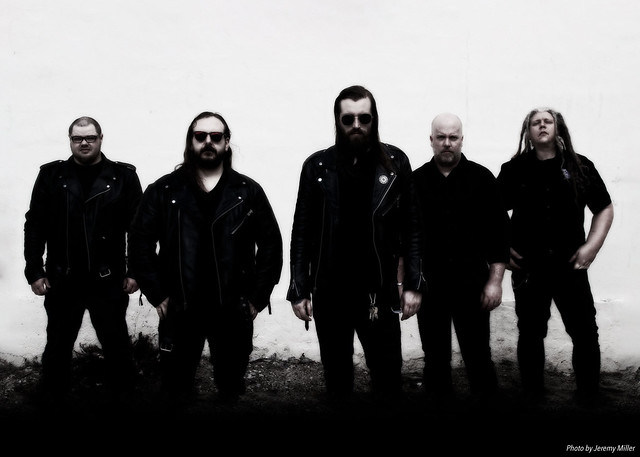 Whilst Clayton and Jarrett are old enough to have experienced the likes of ‘Gothic’ and ‘As the Flower Withers’ first time round, Jeffery certainly wasn’t. “Yeah, he wasn’t the biggest fan” admitted Clayton, “so, we kinda made him mixed tapes and pointed him in the right direction. Luckily, he soon got immersed and loves that music just like us”. This segued neatly into the band’s writing processes. Although it’s been reported that Jeff and Jarrett are the band’s main songwriters, Jarrett was quick to stress Clayton’s involvement. “Jeff or I will come up with some initial song structures” he explained, and then Clayton will get a copy. Nothing in this band gets past him, and that’s in a good way. Clayton brings so much to the writing process. His drumming is integral, the way he wraps his drums with the guitars, it’s amazing. So, it’s likely that the original piece of work we send to the others will come back with numerous alterations. And that’s fine with us. That’s how the band works”. With the guys located in different areas of the US, we discussed that the technology available today is a great help. “We probably work more closely together because we are not just packed in the studio for a couple of weeks, each doing their own part without the others being involved” said Clayton. “It means that we really get in deep on each song” and you can hear that on both the debut and now on ‘Ex Rosa Ceremonia’.

When the band formed, one of their stated aims was to “explore and deliver songs of weight, atmosphere and feeling”. To me, that means putting more emphasis on meanings in songs, as just because you have blast beats and walls of riffs doesn’t make a song ‘heavy’. Did this resonate with the band? Jarrett explained that there were many excellent bands making superb music which was incredibly fast and heavy. “I’ve been front of house for 1349 for 11 years” he explained. “There aren’t many who can play faster than Frost or Nils Fjellström. So, we looked at a different path and music that we could make that not many were doing”. This is certainly the case on ‘Divina Autem Et Aniles’ with tracks such as ‘Ingis Et Tempestas’ which features some beautiful cello playing or Fire and Storm which has a similar feel; the weight coming from the emotion of the song rather than sheer power. There are similarly weighted songs on the new album. 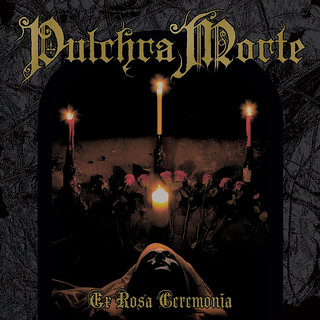 ‘Divina Autem Et Aniles’ was thematically centred on death, albeit in a much deeper, explorative, and multi-dimensional manner. What influenced those themes? Jarrett explained “I had the image of a plague-ridden England, in the rain, circa 18th century, the kind of bring out your dead thing” (much like the UK today then!). “That was the kinda of image we followed”. Luckily, all the band held a similar interest. “More by dumb luck” adds Clayton. “We didn’t put that as part of the criteria, but everyone shares the interests”. When it comes to lyrical input, this sat with Jason for the first album and Adam has shouldered most of the writing for ‘Ex Rosa’. “I will share stuff with him” adds Jarrett, “but Adam is the lyricist. He does ask for assistance on occasion and I’ll often have some lyrics written to the music. I’ve shared stuff with him before which he’s looked at and said, yes, that is exactly what I wanted to say. But it’s a team effort”.

‘Divina’ was released in 2019 and a quick search on the internet found universally positive reviews. “We were pleased with them” said Clayton, “although we aren’t focused on reviews. We do this because we want to but of course it is good to get positive feedback”. We moved onto the subject of the new album. How long had it taken to record? “We started about a year ago” explained Jarrett, “with the drums which were recorded to tape at Matt Talbot’s Earth Analog Studios. The sound is amazing there. I’d worked on a Ghoatwhore album and it was what we wanted. I’ve got a 1983 Trident 80B desk in my studio (New constellation RMP) and I was able to record all guitars, bass, and vocals at my studio. I can now say that I can record to tape! Not that I needed to cut it, but I can do it. Once I’d finished it was over to Maor (Appelbaum) for the mixing”

With time against us, I asked the guys what they had planned for the launch of the album. “Well, we can’t tour now, but we will be doing something via social media. Keep an eye on our Facebook pages. We really want to get back out on the road, especially getting across to Europe and the UK to play shows”. As we wrapped up, I had to ask Clayton and Jarrett on their views on this year’s releases by Paradise Lost and My Dying Bride. “I love the Paradise Lost album” enthused Clayton, “it’s excellent. I haven’t spent enough time with the My Dying Bride album but ‘Your Dying Shore’ is a beautiful piece of work”. Jarrett agrees, and we reflected that the old masters are still capable of delivering fabulous work, 30 years after those early records.

With that it was time for Clayton and Jarrett to move on to their next interview. My thanks to both for their time, and my humble apologies for the rather truncated interview. Technology is a temperamental beast.