La Morte Viene Dallo Spazio’s second album on Svart Records; ‘Trivial Visions’, is due out on the 26th March. It is a wholly unique experience, an enthralling listen in a confluence of sound and ritual atmospheres that craft a both vibrant and hypnotic effect with nods to black metal and extreme ends of the sound spectrum.

With a sound so mesmerising we just had to find out more. And so hopped on a virtual flight to Italy to chat with Melissa and Bazu from the band.

The Razor's Edge: Life’s been fairly crap for a good year now, so how are you guys holding up?

Melissa: Yeah it’s a strange period. We had our last gig in January 2020 and it’s a lot of time since we played on stage. We took advantage of this time to finalise the new album. We mixed and mastered the album during lockdown here in Italy in March and April last year.

It was an annoying period because we couldn’t play live, but it gave us the chance to work on the new songs and we are going to release the album at the end of this month now.

The Razor's Edge: I’ll try to avoid too much more covid talk, as it’s just depressing. Onto why we are really here. Your band and your new album. So let’s start at the beginning. You’ll be a new name to many of our listeners. How did the band form and how long have you been together?

Melissa: Actually, the band at the beginning was not properly a band, it was a commune, like an open collective involving a lot of musicians. There wasn’t any rehearsals at all, we just met for live shows. There were always different musicians playing live on stage and we just chose a few factors on stage and played that way without any composition, it was alike a jam.

That was between 2015 and 2017, and in 2017 I met Bazu and joined the band. After a few months we received an offer to play at a festival and we decided to reach a stable line up with a couple of friends joining us for the project. We started to rehearse properly and write songs. That’s was our first festival and we started to receive offers from promoters and booking agencies from that moment and that’s how we started growing. 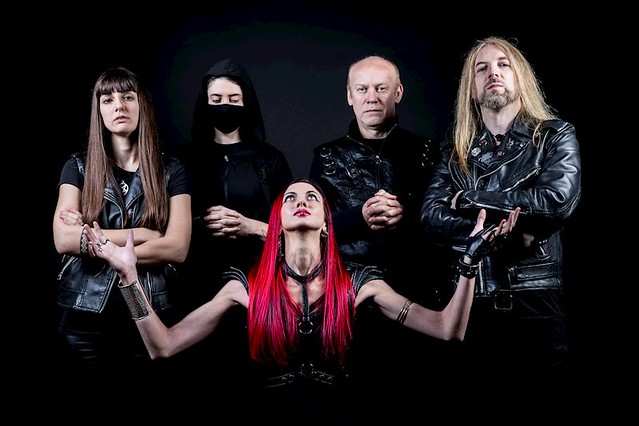 The Razor's Edge: It's an interesting name for a band, La Morte Viene Dallo Spazio, where does it come from?

Melissa: It comes from an Italian B-movie actually. It was translated in different ways abroad. In English the literal translation is ‘death comes from space’ but somewhere else it’s ‘the day the sky exploded’. So it’s interpretation is different in different languages.

It’s just a movie we like, the first Italian sci-fi b-movie and we love the mood of the movie and it’s very spacy like the band. We love that topic so it really fit.

The Razor's Edge: And that influence also feeds into your music! There’s a very cosmic feel to the new album.

Melissa: Yeah indeed, we use a lot of synthesisers and a theremin and the like. Yeah we like that sound.

The Razor's Edge: You mention the theremin used on the album, you have flutist, there’s elements of inspiration from Jethro Tull and at times the hint of Middle Eastern scales. How do you even begin to combine all of these together into a musical piece?

Bazu: Each song has a different story. Sometimes we just start from a melody and sometimes we start composing from a particular song we like. For instance on the first album, it was recorded in studio but it was really a jam session. We didn’t have any compositions ready and so we just gathered at the studio and started playing and everything came in a natural way.

This album was a bit different, we are a band now not a collective and we composed the songs. It’s still very free in the way we play and compose, we just play very freely.

The Razor's Edge: I think we can certainly say it is a piece of music unlike any other. Have you always set out to be completely different form everyone else?

Melissa: Yes. We would like to be different, it is an ambitious idea and I don’t know if we are managing to achieve it. This album was born with the idea of breaking the boundaries of several genres because we have different musical backgrounds in the band.

I listen to more mellow music and psychedelic rock, Bazu is more into psych rock than me as he’s been in another band of that style for 25 years and he likes a lot of progressive music. The bass player is into more new school metal and the drummer also plays in a hardcore band. So we have different tastes and we like to mix them.

Bazu: With the last album we tried to take more inspiration from early death metal from the early 90’s. I take a little bit of Pestilence and mix up some prog rock, like Hawkwind and I try to mix these different styles. It’s difficult… very strange.

The Razor's Edge: Well I think it works very well!

It’s the best part of three years since your last full album. How long has ‘Trivial Visions’ been in the making?

Melissa: We are kind of slow in composing. I think the first songs we wrote from this album were written in 2018. We entered the recording studio in the second half of 2019 and we mixed it all after we came back from our honeymoon and then continued in the pandemic.

It was quite long because we don’t have the chance to play a lot together. We live quite far from one another. Usually we meet once a week, maybe less so it takes a while to write an album. 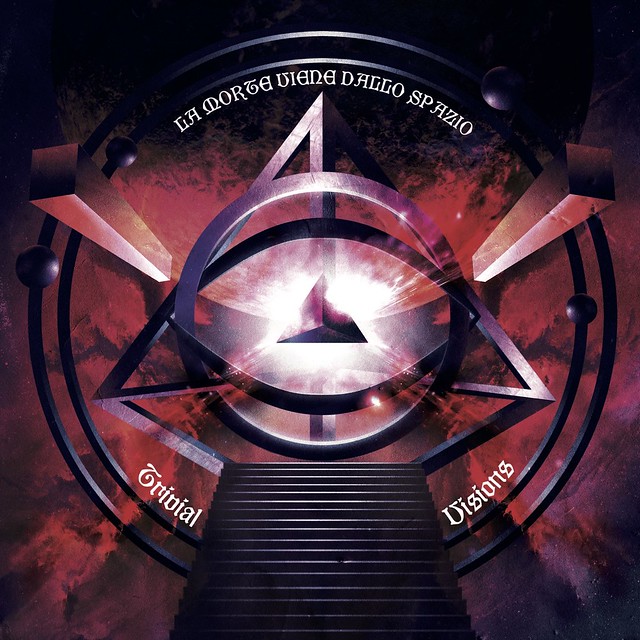 The Razor's Edge: Album cover art is always something that will draw a potential listener in I feel. Did you give the artist a specific direction to go in with this?

Melissa: The artist is a friend of ours, we’ve known him for a long time and he did the artwork for the first album too. He represents very well the mood of our music and he is able to translate the music into art. We don’t usually give him a direction, we send him the music, the songs, he listens to them and he knows what to do. It’s nice to work with him as we know he’ll do a good job with our music.

The Razor's Edge: For the fans listening to the album. Is there anything you want them to take away from it?

Bazu: Working on this album gave us the chance to escape the reality of the last year. So this is what we want the listeners to take away, a chance to escape the reality of the world we are living in and this bad situation. We hope people listening to our music can discover new realities and something away from what is normal.
The Razor's Edge: So as the press coverage for this album comes in, the reviews, the opinion pieces, do you pay any attention to it?

Melissa: Yeah of course! We read all the reviews and interviews and we hope that they are good, but not because we want everyone to love our work but because we love when people listening to our music think we are doing something good and new. We love to read a nice review and we like to share them with our fans and friends.

The Razor's Edge: To finish off, what are your plans for the rest of the year? Do you see yourselves being able to tour any time soon?

Bazu: The situation is quite bad right now in Italy. We are composing a song for another music label actually, not Svart Records, but another label of a friend of ours called Black Widow and he’s asked us to write a song for a compilation, so we are working on that right now.

Melissa: I hope we can come back touring before the end of the year, but I think that will be difficult. We got an invitation from a festival in Serbia we hope to be able to go there, but right now we can’t leave our own town, we can’t access Milan, so we hope to be able to go out there and play but I think most of the festivals are going to move to next year. It’s a bad situation and we can hope that it will be fixed soon. We’d like to set up a tour for the new album as its quite sad for an artist to have a new album come out and not be able to tour it. But it’s the same for every band.

The Razor's Edge: Hopefully we’ll see you in the UK soon.

Melissa: Yeah I hope so. We love the UK, we’ve been there a few times, let’s see.