BLOODSTOCK is full steam ahead planning for August and there’s five more bands to announce!

Landing a Ronnie James Dio main stage slot on Sunday are THERAPY? The Northern Irish rockers released their ‘Greatest Hits (2020 Versions)’ album last year via Marshall Records and are currently dropping some of their classic albums on vinyl. Maybe, in homage to the headliner, they’ll bust out their cover of Judas Priest’s ‘Breaking The Law’ for us at Catton Park like they did at Hellfest in 2014.

Rising metalcore squad, BLEED FROM WITHIN pick up a slot on Sunday’s main stage. Bloodstockers may have caught the Scottish band in their ‘virtual support slot’ on the recent Lamb Of God livestream.

Opening Thursday’s Sophie stage and setting the bar high for the day’s proceedings will be Bristol blues-punk noiseniks, MOTHER VULTURE. Their frenetic live show shouldn’t be missed, infusing the chaos and anarchic spirit of the Stooges and MC5 with their modern day twist.

Last, but not least, the original ‘party slam defenders’ PARTY CANNON are set for a Sophie stage slot on Saturday. The band are hard at work on a new album (check out the updates on their Facebook page) and recently restocked their merch store, so head to https://partycannon.bigcartel.com/ for all your PARTY CANNON needs, including a ridiculous brightly coloured sew-on patch for your battle jacket!

With four overseas bands pulling out last week - BLACK DAHLIA MURDER, CATTLE DECAPITATION, NEKROGOBLIKON and TOXIC HOLOCAUST - be assured that BLOODSTOCK is committed to finding additional bands to fill any gaps on the bill, in the best effort to deliver the most awesome festival weekend you’ve ever had! 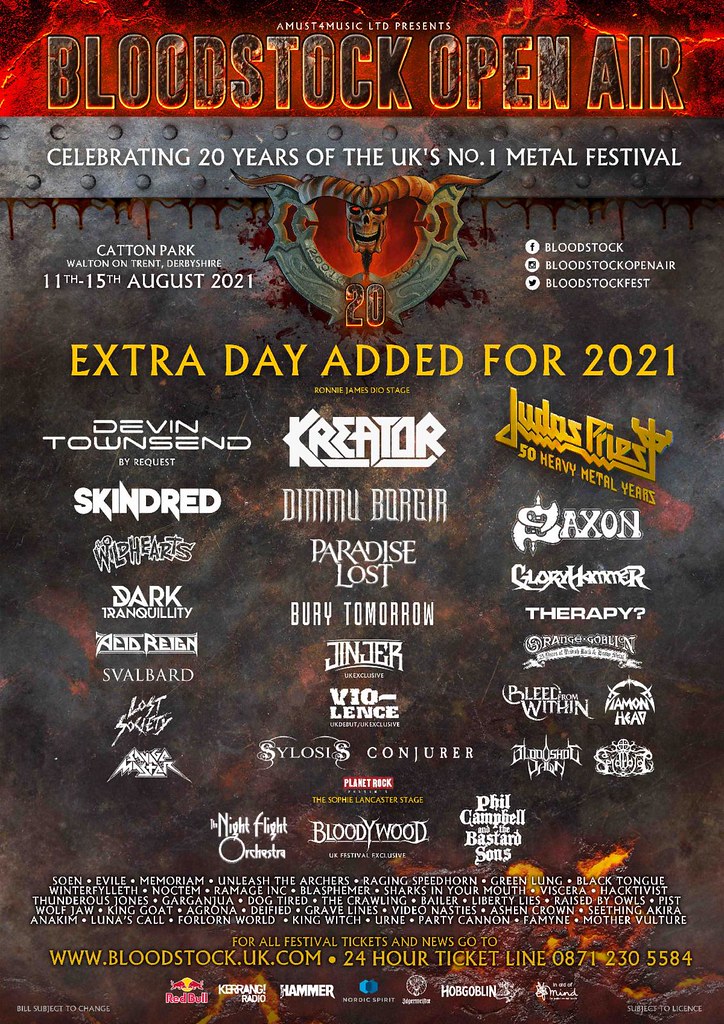