Hot on the heels of JUDAS PRIEST confirming that their Sunday headline slot at BLOODSTOCK this summer will now be their only European performance this year, let the excitement for the metal party of the year continue to rev up with another 7 bands joining them on the bill…

VENOM PRISON are set to crush a Friday slot on the Ronnie James Dio main stage. The band tell us, “Venom Prison are honoured to be invited to play at the legendary Bloodstock Festival again, having first appeared at the 2017 edition. This will be our first show in nearly two years since the world was shut down by the pandemic. We can’t wait to step out on stage again and cause utter destruction. See you in the pit.” The group are hard at work on their next studio album, the first for new label Century Media.

New UK hardcore squad, BORSTAL, featuring Nick Barker (ex-Cradle of Filth, Brujeria) on drums, promise a punishing opening to proceedings on Saturday’s main stage. Just the thing to sort out your Friday night bangover! The band released their debut EP, ‘At Her Majesty’s Pleasure’ just two weeks ago via 4Family Records. Check out our interview with Nick here.

On the Sophie Lancaster stage front, BLOODYWOOD have unfortunately had to postpone their appearance at BLOODSTOCK, but we look forward to welcoming them in 2022! As such, their Friday night headline slot will be filled by the mighty NAPALM DEATH! Having recently renewed their record deal with Century Media, the grindcore legends are set to see some of their ample catalogue re-released on vinyl. 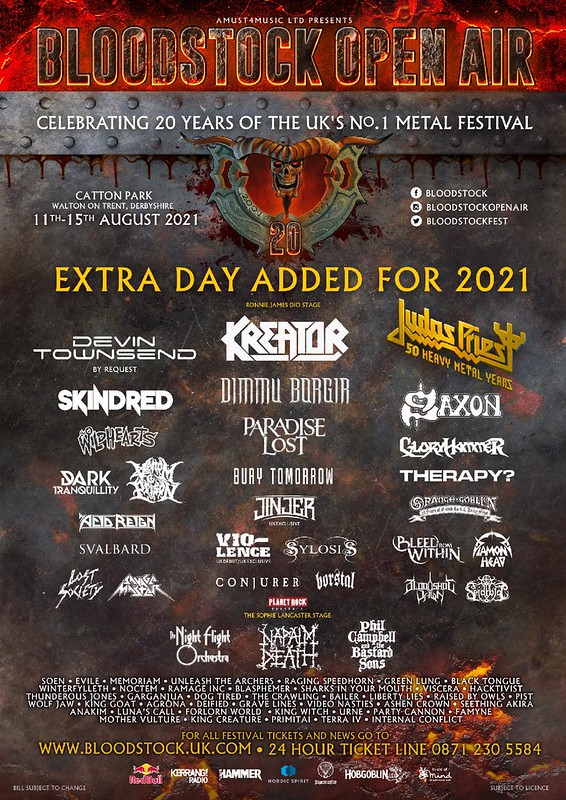