There’s a kaleidoscope of influences and combinations in the mix for the sludge metallers Sail in their latest single, ‘Flood’. The band have been touted as one of the UK’s up and coming bands, with slots secured at Bloodstock and other high-profile festivals.

‘Flood’ kicks off with some crushing riffs and frantic drumming before unleashing a salvo of pent-up high energy. The first surprise is not the screaming vocals but the clean harmonies on the chorus which come as something of a curved ball, given the urgency and power that grips the track elsewhere. That’s not to say it doesn’t work because it does. It’s a blistering and punishing ride with just the right amount of melody to appeal to a wider audience than perhaps some of the band’s peers. The additional ‘Young Bros remix’ version of the same song provides a different take on the track but it’s the initial explosive three minutes that really grab you.

Formed in November 2016, Sail comprises Charlie Dowzell - guitars & vocals, Tim Kazer - guitars & vocals, Kynan Scott - bass & vocals and Tom Coles - drums. With a big sound, this is a band who appear to have pitched their sound in the right place, with a combination of crushing choruses, eclectic attitudes, high tempo energy and of course, massively sludgy riffs. 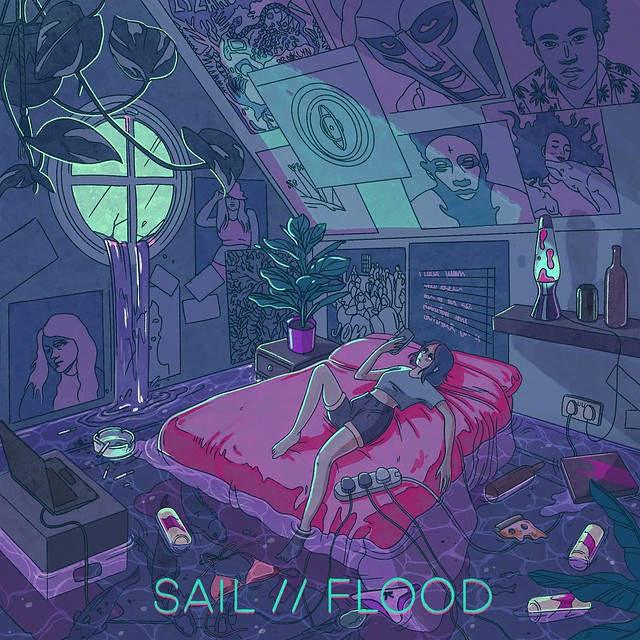