With a catalogue that stretches back nearly 30 years, it’s unsurprising that Swedish melancholic legends Katatonia have decided to release something that is both commemorative and unique as part of that celebration of this milestone anniversary.

‘Mnemosynean’ is an apt title to use for this release - tomb inscriptions dating back to 400 BC say that the dead could keep their memories by avoiding drinking from the Lethe, and drink instead from the stream flowing from the lake of Mnemosyne (the goddess of memory).

This release is very much aimed at the loyal following that the band have carefully cultivated over those three decades. It’s a collection of rarities and b-sides, some familiar from EPs and singles, others buried deep in the archives, on limited editions as well as cover songs, collaborative remixes, and cover versions.

The highlights are numerous. Side one (if you are referring to the CD version) contains most of the straightforward songs, whilst Side two includes the remixes of fan favourites such as ‘My Twin’, ‘Soil’s Song’, and ‘Idle Blood’. 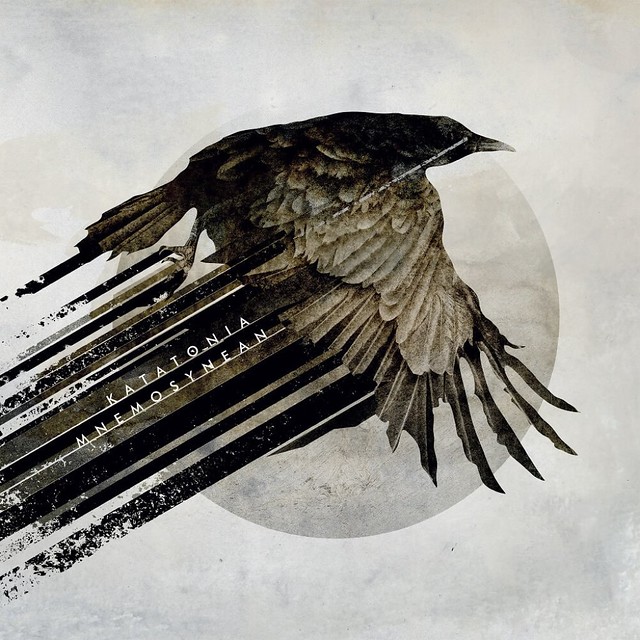 Opening with ‘Vakaren’ and closing with ‘Hypnone (Frank Default Hypnocadence mix)’ ‘Mnemosynean’ is an album that deserves a deep dive to absorb and fully enjoy. There are variations in the band’s sound, as one would expect. Songs such as ‘Oh, How I Enjoy the Light’, ‘The Act of Darkening’ and ‘Sulfur’ range across the decades, whilst ‘Scarlet Heavens’ and its dark, gothic dance tones, dates to 1994 and is so different to the music the band now deliver.

Instantly recognisable with Jonas Renske’s emotionally laced vocals and the melodic guitar leads that Anders Nyström has developed, the band’s sound is mapped in detail. Complete with a new band biography courtesy of music journalist Eleanor Goodman, the release also includes full lyrics plus backgrounds to the track origins described by Nyström and Renkse, along with other close Katatonia collaborators. Once more the artwork has been created by long-running Katatonia visual artist Travis Smith.

This may be an album more for collectors and diehard fans of the band, but there is no doubt that it sits comfortably alongside the band’s discography, including the most recent releases, 2020’s City Burials and the ‘Dead Air’ lockdown show. After their brief hiatus, Katatonia look stronger than ever.