On August 12th 1991 the heavy metal landscape changed forever. Metallica on an upward trajectory from the very start of their career to this point, released their fifth studio album the self-titled ‘Metallica’, nee. “The Black Album”. The release of said album skyrocketed them to super stardom transcending the thrash metal sub-genre which they helped form, shape and cultivate; transcending even heavy metal itself and entering the wider populations consciousness. The black album made Metallica a household name!

Yes there were detractors, there still are. Those “fans” stuck in 1986 who refuse the celebrate the fact that a band with thrash metal origins could possibly be popular. The whole “how dare you like this obscure band I love” attitude, which has always seemed a bit strange, but I digress…

This album had a run on the billboard top 200 album charts for 550 weeks, that’s ten years, and even to this day still regularly re-enters the top 200 list. People cannot get enough of this album, and listening to it again you can understand why.

The forth major re-issue of ‘Metallica’ sees it get the remaster treatment, cleaning up production on what was originally one of the best produced albums of its time. As the needle drops on the record and the crackle rustles through the speaker before that introductory riff to the now oh-so familiar ‘Enter Sandman’, Lars drum beat joins it and the song ramps up. Listening to it today, despite its commercial popularity, it’s a true classic heavy metal anthem. 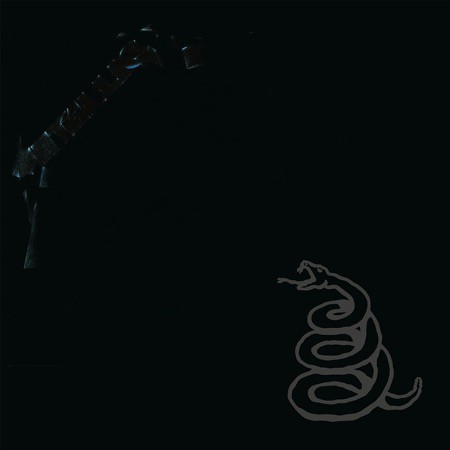 ‘Sad But True’ still as heavy today as it ever was, that low chug that Jason loved “duuuuum, dum dum” ringing throughout the song, reverberating throughout the listener causing hairs to stand on the back of your neck. ‘Holier Than Thou’ turning things on a dime and suddenly upping the pace at breakneck speed.

Throughout the album, Bob Rock’s influence helped fine tune Metallica into a beast of epic proportions. ‘The Unforgiven’, a ballad, opens with the horn from the western movie of the same name, distorted so its source was less distinctive, but helping build the atmosphere that the tune thrives in. Would this track have turned out the way it did without Rock’s instinct for music production? It would have been close, but his fine tuning no doubt enabled the band and their sound to thieve.

Listening today, ‘Metallica’ is an album that has stood the test of time. Sounding as fresh today as it did back in 1991. An album that genuinely has no filler, just 100% classic heavy metal tunes.

Along with the remastered edition for the 30th anniversary, the band are also releasing ‘The Metallica Blacklist’ an album of 53 covers of songs from the black album including some big names. I won’t dwell on this too much, if the haters weren’t enraged by the album itself this covers album will get them going. But if you were to put aside your opinions of the names involved, some of their interpretations of the Metallica classics are worth a moment of your time.

Weezer stamp their own rock brand on ‘Enter Sandman’, Royal Blood’s rendition of ‘Sad But True’ clings to the original whilst showing just how much talented the duo with their bass and drum combo can achieve anything on those two instruments alone. Even the Miley Cryus/Elton John version of ‘Nothing Else Matters’ is worth a listen. Yes there are some clangers on the covers album and after one listen you’ll probably never listen to it again. But it’s a nice addition to celebrate the thirty years and to see how other talented musicians can interpret Metallica’s work. 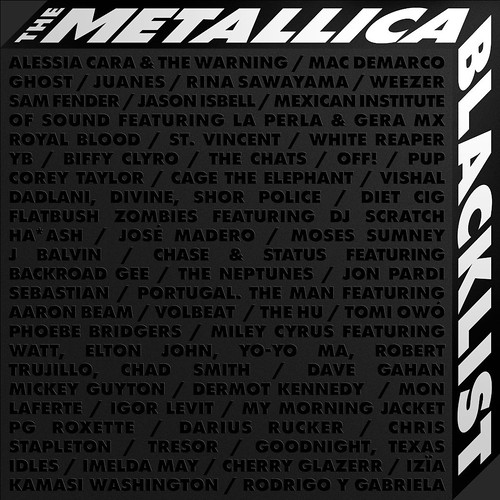