Sweden’s Blodet release their new E.P., Vision. this month, three years on from the previous disc, Kristallpalatset and their first since the 2019 introduction of new vocalist Hilda Heller. Despite only featuring three songs, Vision runs to just shy of half-an-hour, with half of that being dedicated to the fifteen-minute epic title track that concludes the record.

Opening with the slow tolling of a series of bells, overlapping each other, Vision spends much of its early sections constructing something out of the disparate musical ideas surfacing and then subsiding, always building a tension that holds the listener in a thrall, waiting for the resolution to arrive. You could almost be forgiven for believing you were listening to the band tuning their instruments, such is the disjointed nature of the sounds; yet, you cannot help but be drawn into what is an immersive experience.

As Vision begins to coalesce around a central concept you get something akin to The Doors at their most experimental and the sensation that the rising power and intensity will lead to an inevitable crescendo. But the expected pay-off does not materialise and, instead, the song dissolves into a melancholic single-note underscoring of Hilda’s Morrison-like poetry until the drums crash like waves hitting a promontory and the vocals descend into a howling tempest.

What was delicate and refined is now coarse and immediate; sharp drum hits form the base upon which to anchor the guitar as it finally takes centre-stage before the whole E.P. fades quickly to nought. 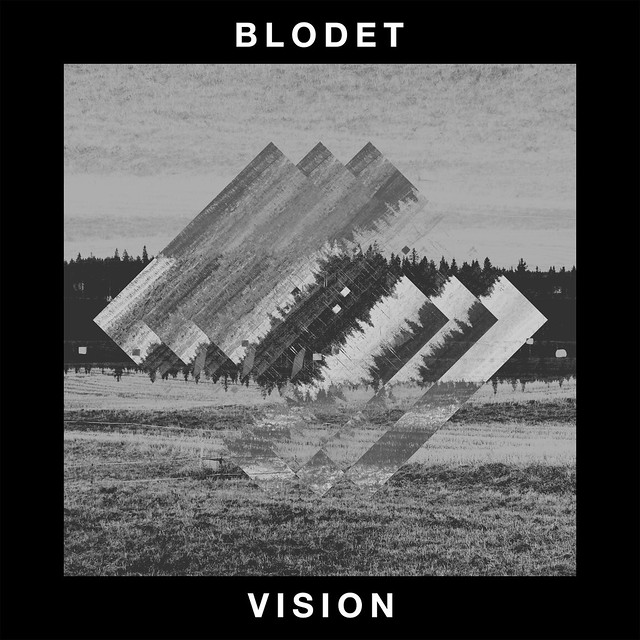 Such is the complexity of the title song of the E.P. that it takes three paragraphs just to give you the selected highlights when, in reality, Vision is a piece of music that defies anything other than your undivided attention and the clearest set of speakers you can find.

Before getting to that stage Blodet have already taken you on a journey, through The River, with its Damnation-era Opeth tones, slow and unhurried, as though nursing a secret. A simple, repetitive guitar intersects with a pure, heartbroken vocal, emitting a gothic, death-doom sensation and a brooding melancholia.

She Remains feels much more free than The River as it builds on thick slabs of bass marching alongside a steady unwavering drum pattern. There’s maybe something a bit Indie about Hilda’s vocals here, something a little of the Americana, as it invokes images of barren mesas and howling coyotes. It feels as though something is haunting this track and, in a way, the imagery precursors Vision’s The Doors motif.

Blodet’s Vision E.P. is a sumptuous banquet of a record, one that has the capacity to entice you in an enrapture you time and again and is another of the growing discography of Church Road Records, who do seem to have this uncanny knack of finding and presenting some of the finest artists out there.