It’s no surprise that this bill has been packing out the venues on this tour. Three bands who are amongst the cream of the New Wave of British Classic Rock in one show at a bargain price seems unbeatable. Throw in the fact that the bands play the music that is most appreciated by those who are comfortable with the fare that Planet Rock peddle, and you have a heady mix of the 40+ crowd and music that is sufficiently hard edged but without the nastiness of the more extreme fringes of heavy metal. But that’s not to diss anyone who enjoys this music. Far from it. All three bands on the bill are quality musicians, their compositions enjoyable and if you like this style of hard rock then you are spoilt for choice at present. And with full house signs popping up from Cardiff to Gravesend, the people have clearly spoken. “We know what we likes, and we likes what we knows”.

Arriving at the Globe, a 350-capacity venue on the edge of the city centre I was confronted by a sight we haven’t seen for some time. A queue of excited punters, many sporting Steelhouse Festival or Mason Hill shirts that extended a few hundred yards down Albany Road. After the previous night where around 20 people had attended Fuel to see Mother Vulture, this was justification of my introduction. But I digress.

I’ve seen criticism by some that the habit of many fans to arrive in time for the headline act had returned after the pandemic. Not so tonight, because by the time Empyre hit the stage the venue was already close to capacity. I was foolish enough to miss the Northampton four-piece at Steelhouse Festival in July and that is to my regret, because their 30 minutes were incredibly enjoyable. They don’t play the standard four-minute hard rockers, their music having more guile and craft. Lead singer and guitarist Henrik Steenholdt was able to deftly ad-lib about the bizarre prosthetic leg that appeared as the band ambled on stage. Musically, the band play a darker, more atmospheric hard rock with Steenholdt’s vocals and the lead work of David ‘Did’ Coles particularly impressive. Lifting most of their songs from their 2019 release ‘Self Aware’, Empyre did a great job as the opening act, and they are ones I’d like to see again with a little more time. 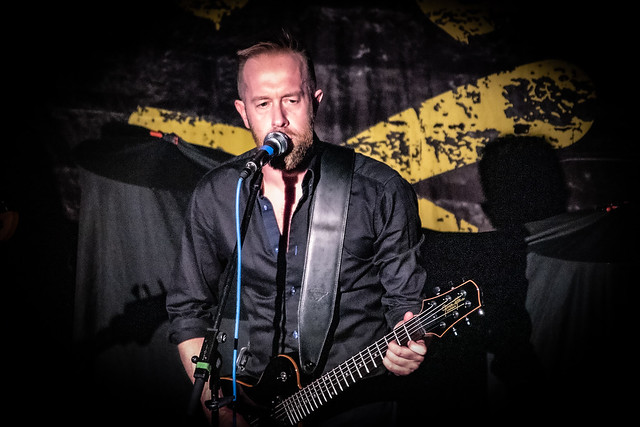 Bizarrely I’d never seen Hollowstar live before. I loved their self-titled debut album in 2019 and their 2017 EP ‘Some Things Matter’ was also a good listen. Another internal scolding to oneself, because Hollowstar had the audience eating out of their hands from the off. A good number of the crowd were sporting the band’s t-shirts and were singing along to the band’s songs. The Cambridge band have been around for several years and their music, a combination of Thunder, Alter Bridge and Black Stone Cherry worked a treat. Singalongs were factored in, the between song talk worked well, with shout outs to everyone from the bar staff to the security, as well an honourable mention to Merthyr’s powerhouse trio Florence Black and their fantastic new album.  Joe Bonson is a natural frontman, at ease with the banter and good natured heckles, he paced it well, allowing time for each song to sink in before the band cranked out their next track. Such was their fluidity; it was a surprise to discover that long time guitarist Tom Collett had departed the band in May. They were cohesive and tight and deserved the riotous ovation they received. 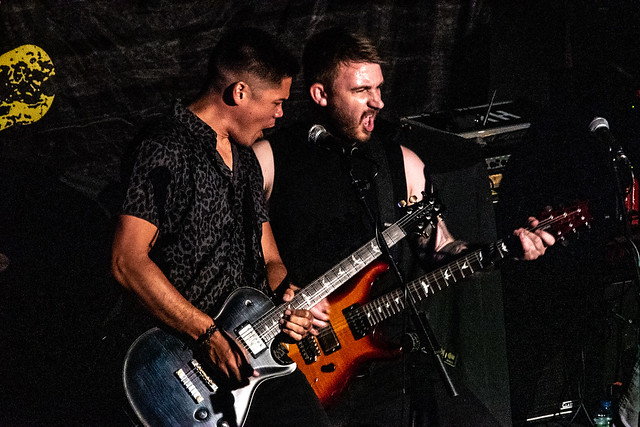 If you had any doubts about the fact that live music is back, then one glance around the packed venue confirmed it. As Mason Hill took the stage to one of the biggest cheers The Globe has ever seen, the Glaswegians appeared for a minute to be overwhelmed. By all accounts the band has been kicking up a storm on every date and this was no exception.

Having conquered the Steelhouse Festival two months earlier, Mason Hill knew how to play this. And they did it with consummate ease. They are now confident performers, the swagger that comes from endless gigging and a top 20 album provides them with a style and tight delivery that is organic. They may stick to a setlist like most bands do, but that doesn’t preclude some lovely flashes of improvisation. Vocalist Scott Taylor is as genuine as they come, his honest chat heart-warming. Another plug for Florence Black went down well, but ultimately it is the music that does the talking, and with their set predominantly selected from ‘Against the Wall’, their debut record which has done so well, they have the songs to deliver. There’s no doubting the quality of tracks such as ‘No Regret’, ‘Broken Son’ or the title track. Hands in the air, the crowd were hot, sweaty, and happy. As were Mason Hill. And in these still strange times, there is no greater sight. It won’t be long before Mason Hill is playing venues four times this size. The New Wave of British Classic Rock may be slightly cliched, but when it brings live music to packed venues, who really cares? 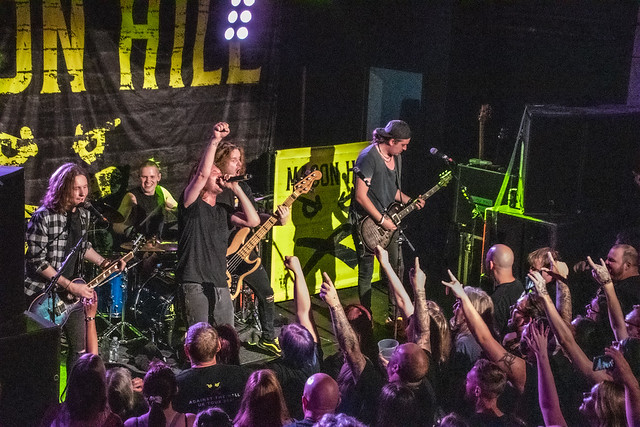