You’d be forgiven for expecting Bind to be a filthy blackened thrash album, based on the opening track ‘Start’ which is like a hammer drill going at a 3ft stone wall. Pure raging frustration, it’s full of meaty riffs and howling screams that segue seamlessly into Continue, another round of cruel brutality amid a maelstrom of furiousness. Nine minutes into the album and I’m already trying to work out when I can catch my breath … and I’m only listening to the bloody thing. It’s frantic stuff.

So, the next question is to find out who the hell is behind this blistering aural abuse. Well, from what I can ascertain, it’s mainly the work of one Peter Hraur of Lör, assisted by guest artist Greg Bogart. Hraur has unleashed his pent-up ADHD into a blinding fury intent on causing chaos and confusion. The short piano interlude of Forte certainly brings a change of dynamic, before some distinctly angelic backing vocals dip in on ‘Ice Cream’, which is full of flavoursome riffs and some delicious, rare melody. 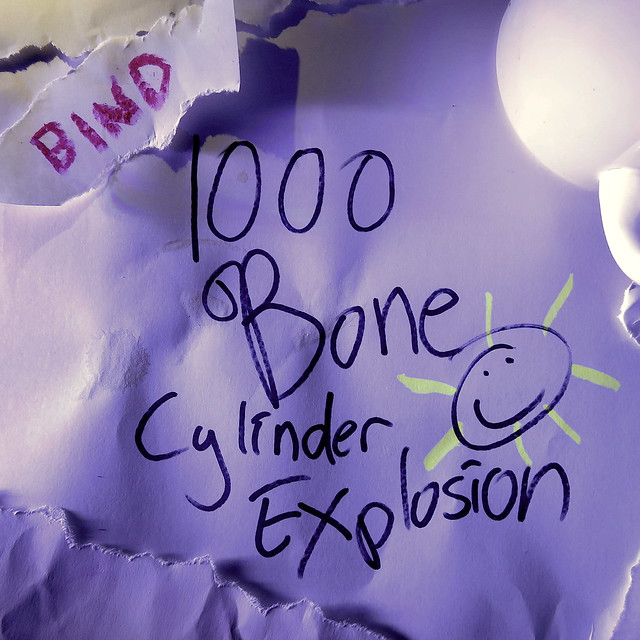 And then we arrive at the psychedelic trip called ‘Dream of Floating’ which takes things in the most opposite direction possible. It’s a few minutes of almost bizarre calm, an oasis amid carnage and destruction which resumes all too quickly on ‘Glitch’. ‘Aporia’ moves to a completely different beat, with a South American vibe despite the return to flat out thrashing insanity. It’s simply a kaleidoscopic brainstorm which leaves the listener exhausted. It’s certainly fuelled by a madness which is concluded in massive style with the finale of ‘Untether’, a euphoric and monstrous beast that brings this insanely crazy release to a typically face-blasting conclusion. An album that will either scrape your skin off or have you reaching for the off button. You decide. I’m still recovering!