Album Review: Necromantia – To The Depths We Descend…
Reviewed by Richard Oliver

Despite having been going since 1989 and being seen as an influential force in the development of black metal, Necromantia are a band that have somehow escaped my attention. And now that they have finally fallen under my radar the band is coming to an end with fifth album To The Depths We Descend… being the final release from the Greek black metallers. This is due to the fact that founding member Baron Blood sadly left this mortal coil in 2019 and so the remaining band members have written and recorded one final album as a tribute to Baron Blood and as a thank you to their loyal fans.

To The Depths We Descend… is a varied album. It is made up of eight songs which includes six original compositions (including two instrumentals) as well as re-recordings of two of their older songs. The original songs manage to mix black metal ferocity with a melodic sensibility, progressive songwriting and a neoclassical edge with Daemonocentric, And The Shadows Wept and Inferno being prime examples of this whilst the instrumental title track is a epic and symphonic piece with added saxophone to boot. Give The Devil His Due is a far darker and atmospheric piece though the darkness is matched by Eldritch which has a far doomier vibe than the other songs. The re-recorded versions of Lord Of The Abyss and The Warlock are very much rooted in old school black metal but also have their moments of atmosphere and bombast. I haven’t heard the original versions of these songs so I can’t say how they compare.

Necromantia are bowing out with a very good finale. The bands have an interesting mix of progressive and epic sounds combined with gnarly black metal and they certainly have this listener interested. Hopefully this will be a satisfying conclusion for long term fans of the band. 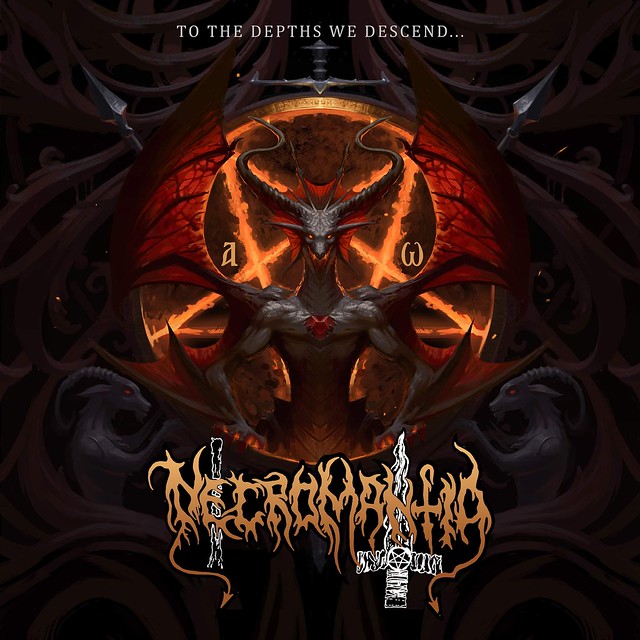