New Belfast horror-metallers jump onto the scene with their debut E.P. Still See Ghosts and a fine collection of songs it is too!. Made up of the titular frontman Ethan Beattie, rhythm guitarist Matt McCabe, Drummer Alex Williams and Andy McCarney on lead guitar and keyboards, this is a band that looks like another clone but the music defies this and is a good mix of styles.

Definite influences are Rob Zombie, Marilyn Manson and the Murderdolls and all 3 are shown in opener ‘Nightmare Or Reality’. Frontman Ethan Beattie switches impressively between the more spoken style of Zombie and modern harsh metal vocals. The riffs sing and groove along really nicely and the horror theme that the band is aiming for in both aesthetics and music really comes across well. Next up is ‘Heathen Of The Mind’ and Beattie adds in some really good singing, extending his range and again switching between styles seemingly at ease. This track has a more Misfits vibe and is probably the heaviest track on the E.P. 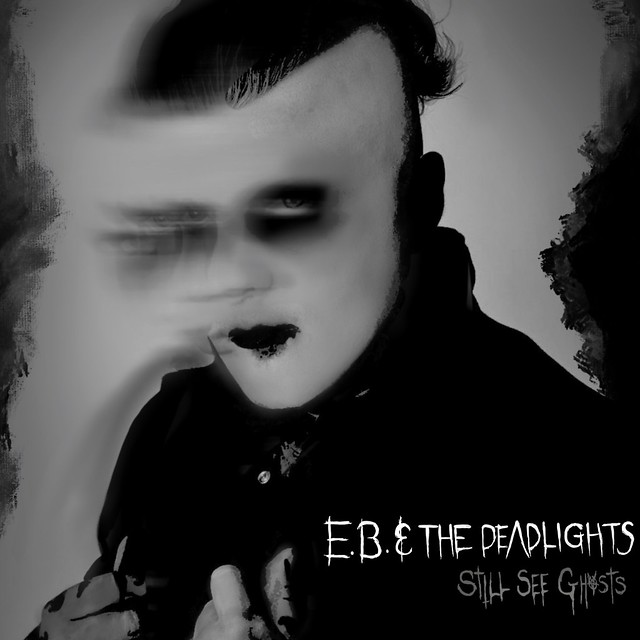 ‘Devil Between Me & You’ has a Monster Magnet stoner rock feel and the beat is really great, driving the track forward and allowing the guitars to sing and the baritone vocals to shine. This track does stick out among the other 4 here, but it is a great listen and a welcome change in style. ‘Empty Frames’ brings back the horror element with a haunting acoustic guitar opening, followed by a Manson-esque bass riff. It builds towards a frenetic ending which I can easily see opening up some pits in a live setting. Closer ‘Still See Ghosts’ slows things down but is beautifully crafted with amazing performances by all members. Alternating between atmospheric and brutal without altering the tempo, this is a highlight and really shows the potential this band has.

Often bands who put themselves in the ‘Horror-metal’ area just stick to tried and trusted tropes and styles - and why not if they work. It is refreshing to see a young band taking this and using this style that they clearly love, and adding in other styles of heavy music to allow them to stand out. They already have a booked support slot for Doyle in 2022 in Belfast and with the momentum this E.P. should give them, here’s hoping for a full length in the not too distant future.

E.B & The Deadlights were recently shipwrecked on Devil's Island. Find out what happened here.