From the creepy epic cover art to the disturbing name, ‘Ritual Hymns’ from technical deathcore band Worm Shepherd oozes a malevolent evil, and the opening title-track only reinforces this assessment. Starting with swelling strings before building upwards and outwards; drums, guitars, bass, and vocals explode into an eviscerating release, the orchestration continues throughout the track making for a nightmarish whole.

‘Ritual Hymns’ is the band’s second release, following their acclaimed debut ‘In the Wake Ov Sòl’. Continuing the same journey as its predecessor, only this time all the elements are amplified, the blast beats are faster and more intense, the guitars cut deeper and Duarte’s vocals sound like he’s found an even deeper hell within himself. These elements are no better quantified by track number two ‘Ov Sword and Nail’. 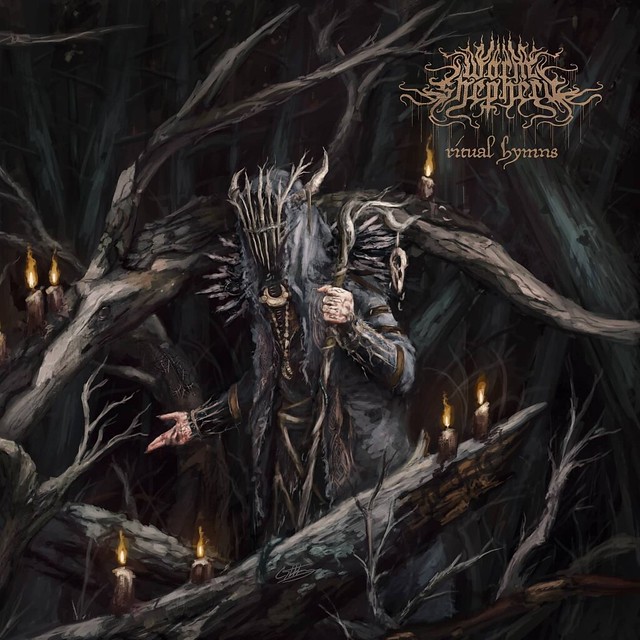 Elsewhere the warped, suffocating melodies of single ‘The River Ov Knives’ will shatter the resolve, while the symphonic keys and angled riffs of ‘A Bird in The Dusk’ will in equal measure pull and push the listener into new areas of feverish aggression. ‘Chalice ov Rebirth’ ebbs and flows from rolling orchestral riffs and keys into moments of quiet lucidity. "The Raven's Keep" is another highpoint, from its spooky intro and rising crescendos to its merciless blast beats and the ominous, emotional urgency of its complex finale.

The whole album builds to its ultimate climax in ‘Winter Sun’, the band’s most adventurous and audacious song yet. The scope is huge, the riffs fiercer, the structure grander and the orchestration more beautiful and majestic, just the whole ambition is a credit to the song writing proficiency on display.

‘Ritual Hymns’ is an album not recommended for the faint hearted, or the casual listener, blurring the lines between technical death and progressive black metal and everything in between, this an album that will blow the mind of everyone but the most fervent of extreme metalheads. Enjoy with caution.