Since 2010’s 'Call of Avernus' Alunah have been releasing well received stoner/doom rock albums alongside emotional and special live performances. I think it would be fair to claim they have carved out a reputation and a strong fan base. These fans eagerly await 'Strange Machine' and what it has to offer. The album is a culmination of returning to Foel Studios in October 2021, to work with Chris Fielding, to record an album which was written and rehearsed during the pandemic, whilst also overcoming personal struggles.

As the title track 'Strange Machine' begins it feels as if you are listening to the album cover itself, psychedelic swirls spin from the speakers to introduce you to the style of the band. The powerful music begins with what the fans were hoping for. Muscular heavy metal beats, doomy in nature, lead on to the introduction of Siân Greenaway’s single malt smooth, exceptional vocals. Her voice carries an occult tone that merges perfectly with the slow, heavy, catchy tunes.

Matt Noble is no stranger to the sticky riff which is displayed perfectly in 'Over The Hills'. A sing along chorus and satisfying rhythm purveys the music from this Birmingham four piece. The mood slows with the third number, 'Fade into Fantasy' conjuring up images in the mind of spring meadows, circled by a murder of crows. 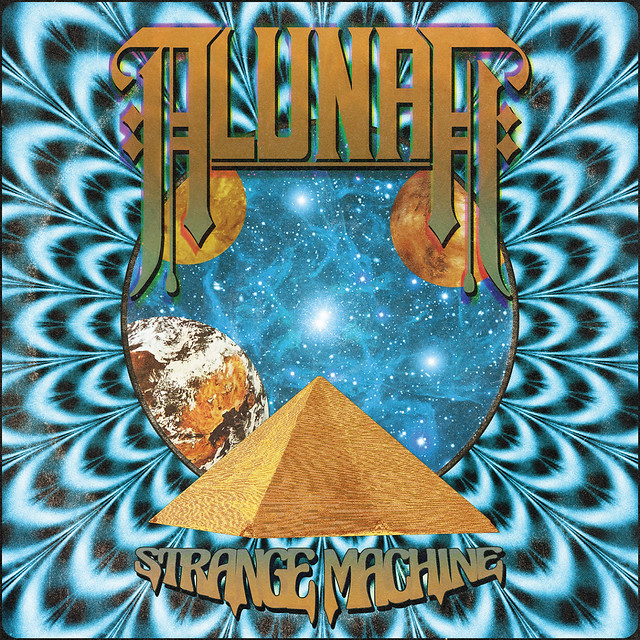 Jake Mason and his drumming dexterity accompany Danial Burchmore’s bass expertise in a brief moment take the reins at the outset of 'Broken Bones' and 'Psychedelic Expressway' has a wonderful 60’s, 70’s vibe that is further solidified with use of a flute. A lighter feel is packaged in this number but the catchy nature of the tune might even make the most introverted metal fan to rise up and dance in front of a lava lamp wearing a skin tight onesie.

Shane Wesley (Crowbar) joins the throng in 'The Earth Spins'. The riff is once more a glorious example of a head bobbing masterclass. Further into the tune a mellow guitar solo just melts into the magnificent vocals creating a wonderful place to exist and just rest. 'Silver’ bounces right at your face, disturbing the peaceful aura created by the track before, showing this band know how to revel in different moods. 'Teaching Carnal Sins' burns with a bluesy guitar intro at its inception, with Greenaway adding her signature punch. Finally 'Dead Woman Walking' caps off this album with a groove and swagger, that can only draw attention to the confidence of this band and their individual and collective skills.

'Strange Machine' is a truly magnificent album and addition to the glistening back catalogue of Alunah, it contains diverse tunes but thankfully never strays too far from the doomy, occult, feel that fans have grown to love and adore.