Album Review: The Catatonics - Hunted Down
Reviewed by Dan Barnes

Although not as widely known as their early 80s contemporaries in the fledgling US Hardcore scene, The Catatonics one and only release, Hunted Down, had been widely sought after over the past near-forty years and, according to Discogs, you wouldn’t be expecting much change from £100 if you did manage to find one.

Southern Lord have side-stepped this by releasing a modified version of the E.P. and featuring an additional eleven tracks for you listening edification.

Gathered from across a number of sources and, to be honest, a wide variation in sonic quality, this reissue opens with the tongue-in-cheek sound of female voices yearning for frontman, Joe Miller, as Descending in E, previously available on the B-side of a fanzine compilation, opens proceedings with the high energy wall of noise battering you would expect from this era of the genre. It also sets the tone for the forthcoming thirty-minutes as being a study of the DIY ethic and youthful indignation that informed the scene back in the day.

The five tracks from 1984’s Hunted Down E.P. form the next part of the disc with The Catatonics alternating between the barked-vocal crossover of Bet I Can and the title track and the more disciplined and metallic sound of Never Again, with its Priest riff, the punk-infused What You See and What You Say and Obstinate, which features some interesting guitar fills at times. 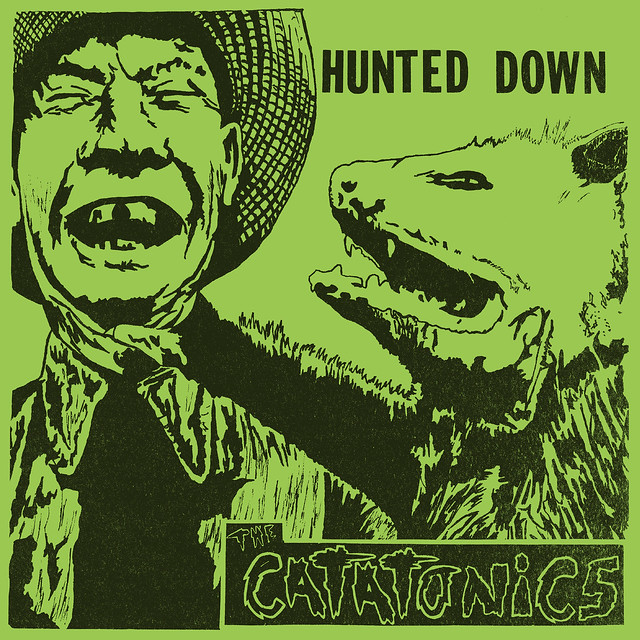 Of further note are three tracks from the four-track single-sided cassette release, also in 1984, of the self-titled collection. Even though this is the same year as Hunted Down, all three sound more accomplished and measured than the previous songs.

I Can’t Take You Anymore is less frenzied and benefits from a more structured composition, whereas Don’t Call Me Honey reintroduces the frenzied guitar work and crossover mindset; and the sub one-minute Drink More Brew sounds like an off-cut from a Black Flag record.

The rest of the record is made up of live recordings of various quality. Nobody But Me, All Revved Up and Leave Me Alone have something of a charm about the rawness and gives an insight into the energy of a Catatonics show back then, even down to Joe jokingly berating his audience. In keeping with the DIY aesthetic, the recording of Novelty Item shuts off without warning, just heading straight into the self-titled tracks.

More raw live content closes out the album, though Stupid Lawn Ornaments does feature a playful guitar line, made even more jarring by the movement into the fat and grinding existentialism of Why Do You Exist?

It’s always great to hear the lost recordings of seminal bands from back in the day and, even though The Catatonics didn’t breakthrough to become as influential and name-dropped as Bad Brains, Black Flag, SSD, etc. they would go on to be cited as important to the development of bands like 7 Seconds and Earth Crisis