Following on from the reissuing of the Shattered Existence debut, Cherry Red Records complete their revisitation of Xentrix’s classic-era with these two, separate, reissues. Both feature additional material to spice up the deal yet, even without, both would represent good value and a window into the Thrash scene, circa early-nineties.

Arriving less than twelve months after the release of Shattered…, For Whose Advantage? Is a record from a band who had really found their feet and were now able to mix it with the Big Boys. The one-two hit of Questions and the title track left listeners in no doubt that the time on the road was time well spent. The sharp lines of Questions give way to a thrashing riff that takes no prisoners from the outset. There are plenty of switches contained within this one song alone, be they rhythmic, vocal or guitar sound.

For Whose Advantage? the song, sees the band heading off into political waters and delivering a song whose musical and lyric maturity embraces the darkly ominous subject matter the Thrash genre often found itself wading through.

In many ways For Whose Advantage? - the album - makes good on Shattered Existence’s promise of the obvious development the band were capable. All the elements of the debut are on display here, only even better: the guitars sound crisp and cutting when necessary, low and chugging when serving up those killer riffs; the rhythm section support the edifice with aplomb, Dennis’ hits landing with the precision of an atomic clock and Macca’s bass rumbling like a far-off earthquake.

Kept in the Dark and Black Embrace spent much time in the live set, yet the hidden gems from the sophomore effort, False Ideals and the galloping Desperate Remedies are more than deserving of a revisit and some love. And the lads weren’t bothered about going all nesh with the obligatory ballad The Bitter End. Throw in the acoustic interlude of New Beginnings and the CD only cover of Gillan’s Running, White Face, City Boy and you have – in my humble opinion anyway – Xentrix’s finest hour.

The bonus content for this reissue is the equally impressive 1991 EP, Dilute to Taste, featuring two newly recorded tracks and four live songs from the band’s hometown gig at Preston Polytechnic in December 1990.

The two newbies, in the shape of Pure Thought and Shadow of Doubt, show even more progression from the band, with the former delivering a strong punch of catchy riffing before taking an unexpected journey into the melodic and tuneful. Whereas Shadow of Doubt opens with an acoustic rumination prior to heading into an unbelievable ear-worm of a track with a chorus that will lodge itself in the brain and won’t let go.

The live segment begins with Chris’ shout of “Preston!” and a version of Balance of Power that is raw and – forgive me – uncompromising, and clocks in some twenty-seconds or so shorter than the album version due to the intensity with which the band performed at this show.

Kept in the Dark and Crimes maintain the momentum and a Xentrix-ifed Ghostbusters, in all its live glory closes the live section. Chris teases the baying crowd that the band won’t play it and, instead, starts Summer Nights, only for it to fall apart and Ghostbusters kicks in, complete with the “swing your pants…” line, a reference only those of us of a certain age will get. 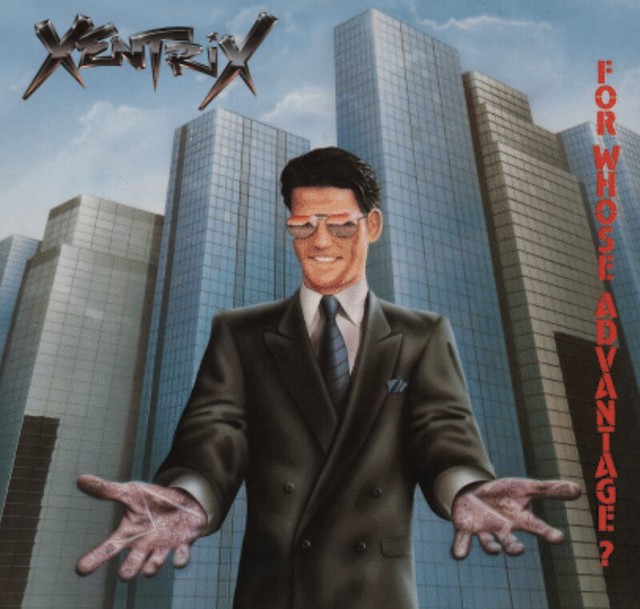 By the time Kin was released in March 1992, the Thrash scene had been tipped on its axis by the gentrification of its major players. Metallica had released the Black album and had serious commercial and critical success with the likes of Enter Sandman and Nothing Else Matters and even Slayer demonstrated their multi-layered aggression on Seasons in the Abyss. The confrontational music of the late-eighties and early-nineties was targeted by the big labels and, by virtue, those companies needed a return on their investments.

This was post-Grunge and pre-Pantera, when the world of heavy music was at something of a crossroads.

In many ways Kin is the album Xentrix were destined to make. The youthful exuberance of the previous two records’ thrashing assault out of their system, the band took on a more mature and considered sound, tackling more prescient issues in the process.

Order of Chaos opens the record with a measured weight; it is a patient song where the flurry of instrumentation is replaced by hard-hitting, yet melodic, guitars. The drums aren’t as prevalent here, underscoring the track like a lurking presence.

All Bleed Red and Another Day incorporate that old school thrashing we love Xentrix for, played against slower tempos than the likes of No Compromise or Black Embrace.

A Friend to You, Waiting and See Through You eschew the thrashing elements entirely in favour of slower chugging riffs that have the unexpected crushing weight of a silk-wrapped anvil.

Although the playing style is an evolution from the frenzy of the first two albums, it is Chris’ vocals performance on Kin that is the most apparent change. Gone, for the most part, is the barking delivery and replaced by deliberate annunciation. Most notably in the album’s two ballads, No More Time and Come Tomorrow, which sees him laying his soul bare. I recall reading an interview with the band at the time of Kin’s release, in which Chris talked about how nervous he was recording the vocals for those tracks.

The bonus material on Kin is interesting because of the four additional tracks, only the cover of Teardrop Explodes’ Reward has previously been released – on the single of Order of Chaos. The other songs presented here are demos intended for the fourth Roadrunner album.

Never Be is something of a hybrid of styles, with the thrashing making a return, combined with the direction Kin took. The Hand That Feeds Itself goes further back into the old sound and would have been a live favourite had the fourth record seen the light of day. Silence features some sharp guitar stabs, while playing with the direction taken on Kin.

Post-Kin Xentrix would fracture, with Chris leaving the band and Simon Gordon – of Kill II This – and Andy Rudd joining on vocals and rhythm guitar respectively. Four years after Kin, the band would release Scourge but would call it a day in 1997.

The Xentrix story would then take more twists and turns than a roller coaster as they got back together with Chris, played as Hellfighter with Simon and recruited Jay Walsh – of FourWayKill and Bull-Riff Stampede - as a direct replacement for Chris and Chris Shires on bass in place of Macca - to release their first new album in over two decades with 2019’s Bury the Pain.

Both For Whose Advantage? and Kin – along with the previously released Shattered Existence – are not only nostalgia trips for those of us in our fifties who lived through the Thrash Years, but still great albums all this time later.

As a triptych they represent the early evolution of a band whose potential could – and should – have been better realised. But the Music Business is a cruel mistress. We still have the music and that, ultimately, is all that matters. 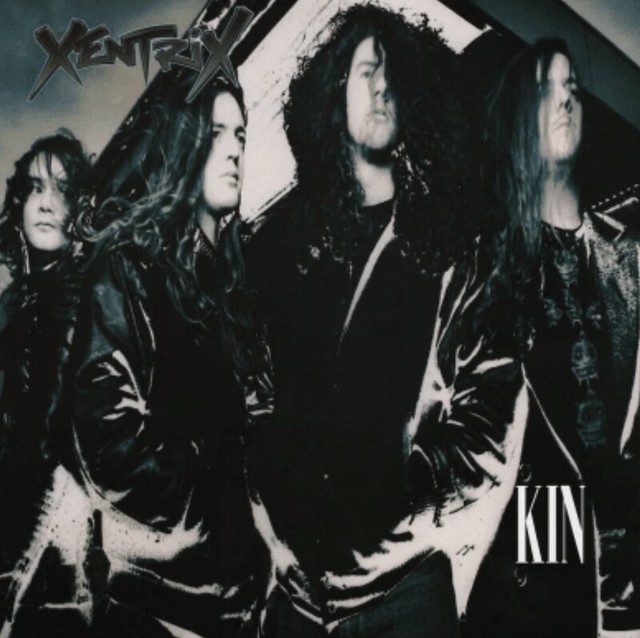