It’s safe to say that over the past few years that Floor Jansen has become a bit of a phenomenon. Since joining Nightwish in 2013, the popularity of the band has skyrocketed and that is heavily due to her incredible vocals. YouTube is awash with reactions to her vocal performances and she has even gained even more fame especially in her home country of the Netherlands by taking part in the Beste Zangers (Best Singers) T.V. series. But a lot of people seem to have forgotten the band that launched Floor Jansen onto the world and that was After Forever.

After Forever were formed in 1995 and released a total of five full length albums before disbanding in 2009. The fifth and final album by the band was the self-titled After Forever and was definitely a case of a band bowing out on a high, easily being their finest release. Now fifteen years after the original release of the album, Nuclear Blast are reissuing it in remastered form with some bonus material. The original album itself is 12 songs of some of the finest European symphonic metal committed to tape. 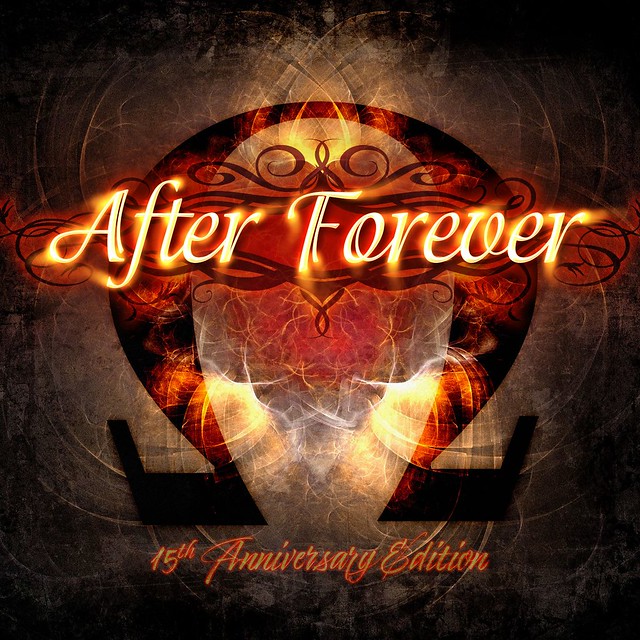 A wide ranging album with different styles and influences permeating through the sound and producing a colourful variety of different sounding songs. You have the dark symphonics of Discord, the power metal leanings of Evoke, the full throttle metal assault of Transitory and the pop-metal sensibilities of Energize Me and that is just the first four songs. Later in the album you get the obligatory ballad Cry With A Smile which is elevated by the wonderful vocals, the dark and heavy Who I Am and the progressive epic Dreamflight. The bonus material is limited to two songs which were originally released on the Japanese version of the album - Lonely is a piano driven ballad which showcases what an amazing singer Floor is and Sweet Enclosure is a powerful and dramatic mid-paced symphonic metal number.

Whilst I have gushed about Floor’s vocal performance she isn’t the only star of the album. The rest of the band put in incredible performances with some muscular guitar work from Sander Gommans and Bas Maas (who also provide some harsh and clean vocals), a powerhouse rhythm section of bassist Luuk van Gerven and drummer André Borgman plus some amazing keyboard work from Joost van den Broek who provides piano as well as electronic sounds. The symphonic element of the band's sound is provided by The City of Prague Philharmonic Orchestra and having a real orchestra performing really does elevate these songs as well as the use of choirs. You also get the legendary Doro Pesch lending some guest vocals to Who I am and Annihilator guitarist Jeff Waters lending his shred abilities to De-Energized.

While it is nice to wonder what After Forever would have done next had they not disbanded it is good that the band went out on such a memorable high producing one of the all-time great albums of the symphonic metal genre. If you are a fan of Floor Jansen’s vocals and have not heard this album then I implore you to give it a listen as not only does it have possibly her best vocal performance recorded on an album but it is just a brilliant album all round.