Crobot was always a band more in my peripheral vision than full focus. I’ve seen them support Black Label Society and raise hell on the mountain at Steelhouse Festival. Their last album ‘Motherbrain’ saw them move to a more rock radio friendly sound, albeit one that still harked back to their earlier stoner sound. Three years including a pandemic is a long time but the core of Brandon Yeagley and Chris Bishop have returned with drummer Dan Ryan and bassist Tim Peugh now firmly ensconced in the line up.

‘Feel This,’ the band’s fifth album is set to cement their status as a band who you really need to spend some time with if you like your riff with a huge dose of melody. It kicks off with the catchy ear worm ‘Electrified’, a worthy album opener and one that’ll linger long in your memory. Yeagley’s vocals combine the grittier side of rock with a melodious style that blends smoothly. It’s an album that allows Bishop to expand his guitar work, such as the second track ‘Dizzy,’ with its delicious hook and huge sound that gets the head nodding.

Crobot aren’t afraid of throwing in the odd sentimental track, with ‘Set You Free’ an emotional tug. It’s an echo of the type of music that bands such as Alter Bridge throw out so professionally. But Crobot have their own sound, and they do it well. They are also brilliant in their tribute, with their honouring of the late, great Chris Cornell amongst the best I’ve never heard. They take the Soundgarden vibe and turn it perfectly into a song that if you close your eyes, you can see and hear the brilliant singer deliver. It’s sensitive, emotional and if you have a heart, hits you right in the feels. 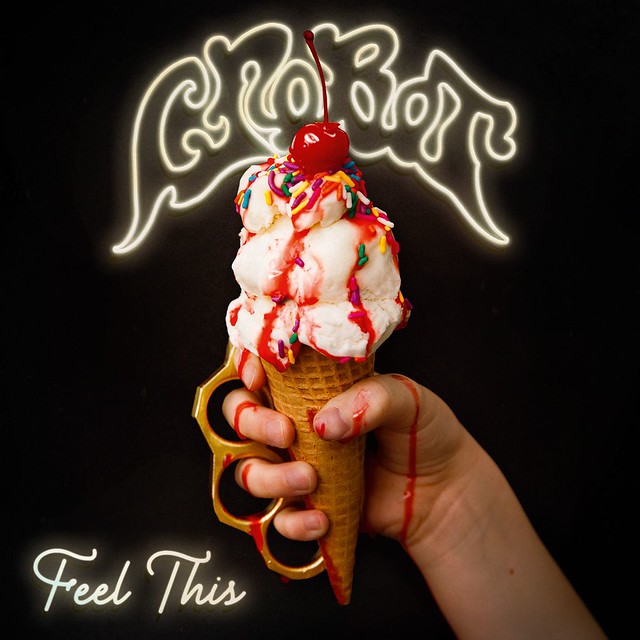 If you have ever seen Crobot, you’ll know that they are definitely a live band. ‘Feel This’ captures the essence of their sound, with the tracks recorded live with producer Jay Ruston. It’s organic, retaining a rawness that merges with the band’s more recent polished sound.

Throughout the album, The band focus on tales of perseverance. As Yeagley reflects, “Through constant struggles, we learn more what it’s like to be human. Our shortcomings and strengths alike make us a unique species”. Tracks such as ‘Dizzy’ which focuses on volatile relationships and learning from mistakes on ‘Holy Ghost’ bring the themes home. But it’s kick ass rock ‘n’ roll that Crobot bring screaming to the table, with the likes of ‘Without Wings’, ‘Livin’ on the Streets’ and ‘Into the Fire’ all laden with the kind of riffs that we’ve come to expect from the band. Even the smoother delivery of ‘Starting Straight into the Sun’ which wraps up this album works exceptionally well.

It may be commercial, it may be accessible but it’s also a thumping good hard rock album. And sometimes you don’t need anything more fancy than that. ‘Feel This’ works on every level and that’s surely enough.