Armed with a series of pretty vicious tracks, it’s safe to say one thing that really strikes you on this record is the amount of blood, sweat and tears which has gone into its craft. It is evident that Buried Realm have spent many a day and night squirrelled away working on this composition.

Drawing influences from acts such of Children of Bodom, Scar Symmetry and Nevermore, with each song musician and songwriter Josh Dummer gives you a fresh sounding and high energy track, Buried Realm who sit more on the melodic death metal side provide a series of tracks which each have their own unique identity and I found this extremely refreshing when listening. What really helps this identity is the fact that the songs do not follow the same path. A track like 'Poison Palace' for example has a very traditional melodic death metal sound and style with attacking rhythm guitars and very obnoxious (in a positive way) lead sections. Whereas Buried Realm really increases the heaviness on a track like 'The Iron Flame ' which following its more melodic intro really pushes the more aggressive side of this album. 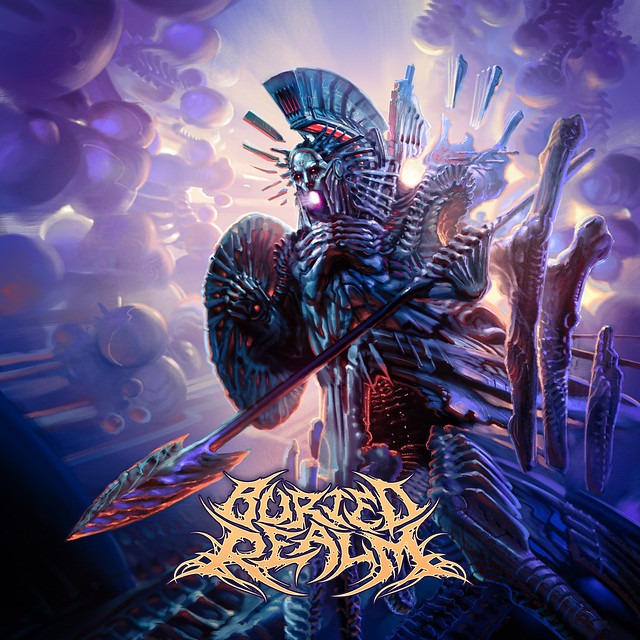 Complimenting Josh on musician side is drummer Heikki Saari, along with a host of guest musicians such as Dan Swanö & Christopher Amott to name just two of them. Vocally which again is handled by Josh is a mixture of furious high and deep heavy low vocals, personally I much prefer the lower vocal tones but the highs fit within that style and are definitely not out of place.

This is an extremely well written record. It takes the melodic death metal style and breathes a whole array of new life into it. It uses melody exceptionally whilst not compromising the heaviness of this record and would really be of interest to fans of Scandinavian melodic death metal.