This is the third album I’ve reviewed by the project from Sayreville, New Jersey. It was only a year ago that the band which is predominantly a vehicle for multi-instrumentalist Craig Rossi released ‘Patterns of Light.’ That was a decent album, demonstrating a maturity in Rossi’s song writing and a continuation of the darkened doom that he undoubtedly inhabits, like we all do from time to time.

Album number four is another conceptual work, a flowing sequential epic that tells the story of the extinction of humankind through the eyes of a visitor from another dimension who has been sent to Earth to analyse human behaviour before depleting the planet of all natural resources. Given everything we are currently experiencing across the globe, it’s a story most of us would just shrug and say, “I was expecting that.” Flippancy aside, ‘Earthtorn’ represents a new phase for Drift into Black as for the first time there are other musicians credited. Alongside Rossi, who sings, plays guitar, keys, and lap steel, we now see bassist Paul LaPlaca and drummer Klemen Markelj on board.

The elaborate storyline expands to find the extra-terrestrial visitor falling in love with a female who subsequently succumbs to disease, and the visitor ultimately leaving, having experienced a range of human emotions, with his message back home that the Earth has nothing to offer. 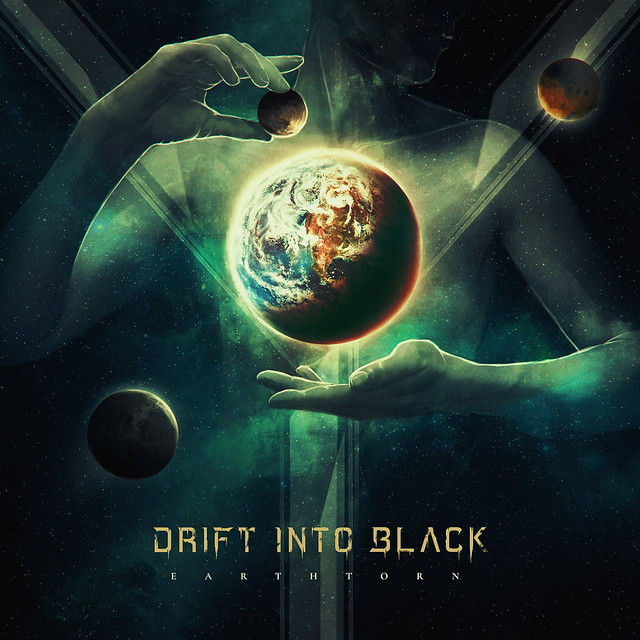 It’s an ambitious story but Drift into Black match it with their best works. Expansive, fluid, and progressive, the album contains a range of contemporary and more retro styles. The intro ‘Good Mourning Earth’ references several human tragedies and disasters before the music kicks in. At times, it is cinematic in feel, with swathes of sweeping soundscapes. The tempo switches from doom to black metal, death metal growls intersperse with clean singing that brings delightful melodies. The opening duo, ‘It Fell from the Sky’ and the dark ‘The March to oblivion’ both feature these aspects plus much more, including some enchanting female vocals along with real melody mood breakers.

Later in the album we see the emergence of some real Floydian sensibilities, the progressive nature of much of the work dipping into the Pink Floyd catalogue with a subtlety that avoids any plagiarism but nods gently in the direction of the progressive legends. The tracks slip gently from one to another. The centre piece being the ten-minute ‘The Weight of Two Worlds’, which contains the dramatic decision of the visitor to depart. This song could summarise the whole album, such are the multiple changes and variations that are delivered during the song, including some thick Hammond organ. This track and the gargantuan ‘Left to the Burning Sun’ are probably the most enjoyable tracks here but that’s not to the detriment of others.

‘Earthtorn’ is probably the best album that Drift into Black has delivered so far. There is a high-level of complex musicianship that exceeds the band’s earlier releases. The music flows organically from one song to the other, the additional musicians provide additional enhancement. It’s another piece of high quality from musicians that are rightly making a name for themselves.