The name Matthew Kiichi Heafy will be familiar to many people, as the guitarist and vocalist for Trivium he has experienced huge success in his musical career over the past twenty plus years. However this May he expands his horizons, “going it alone” so to speak, with his new project Ibaraki and its debut album ‘Rashomon’

The intro is interesting, almost French or German folk in sound using accordions, horns and more, but that is a mere appetiser and a slight distraction from where this album is about to follow. Touted as his foray into black metal, the influence of the genre is evident from the start of the second track ‘Kagutsuchi’. It melds hints of black metal, with those of thrash and death into a genre bending melting pot of musical fervour. 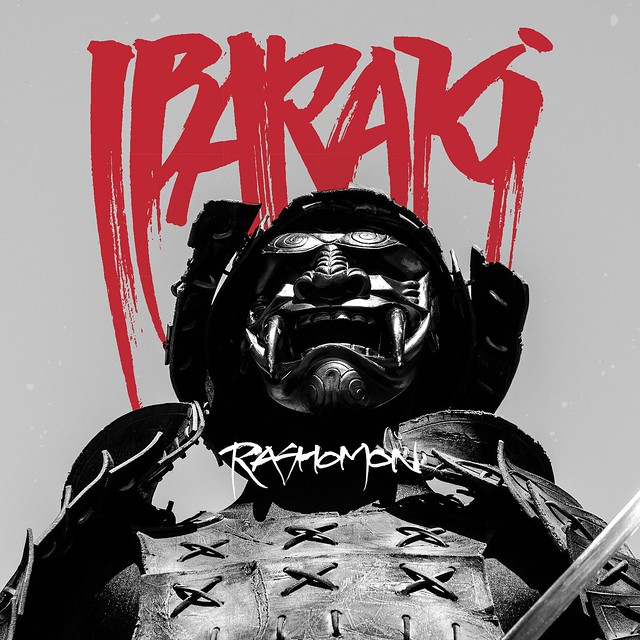 If you were expecting - or hoping for - a sound similar to Trivium, look away now. The album is heavier, darker, more expansive that the usual Trivium fare. ‘Ibaraki-Doji’ starts with a wonderful heavy riff, hook laden, it drags you in, the aggression builds and then music takes on a more progressive scope before the fury of the vocals kicks off. But then the track flips with a wonderfully melodic segment calming the listener before kicking off again. Similarly, ‘Jigoku Dayu’ switches between an outright black metal onslaught into segments of softening melody, cushioning the listener, pampering them before battering them once more.

The album does feature Heafy’s Trivium band mates at times, but also guest spots from Nergal, Ihshan (and his wife) and even Gerard Way. Surprisingly Way’s stylings perfectly suit the soundscape Heafy has created, and as you would expect Nergal and Ihsahn compliment the hints of black metal with ease.

Heafy has created a surprising album melding genres like they were always meant to be intertwined. It is this juxtaposition of styles that makes this album such compelling listening.