Album Review: The Pineapple Thief - Give It Back
Reviewed by Paul Hutchings

It’s no understatement to say that The Pineapple Thief are one of the hottest properties in progressive rock now. It’s taken Bruce Soord and band many years to get to this position, with the band’s back catalogue a shining series of works which are outstanding, both in musicianship and quality of song writing.

It’s been a few years since Gavin Harrison joined the band alongside bassist Jon Sykes and keyboardist Steve Kitch and having released their virtual show ‘Nothing but the Truth’ last autumn, the band have now dipped deep into their discography with 12 versions of earlier works. Selected by Harrison as songs that could be revisited, these are fan favourites and more obscure tracks that have been given the gold star service. Soord encouraged Harrison to push the envelope, changing sections and rewriting segments to really revisit them.

The result is a very enjoyable release, with Harrison’s drumming bringing a huge amount of new energy. From the first song, ‘Wretched Soul’, with its huge sound and powerful dimensions, through to the concluding Warm Seas, there is plenty here for long-term fans and those new to The Pineapple Thief. ‘Give it Back’ is already part of the band’s live set, and as Soord commented, “It feels like a completely new song”. 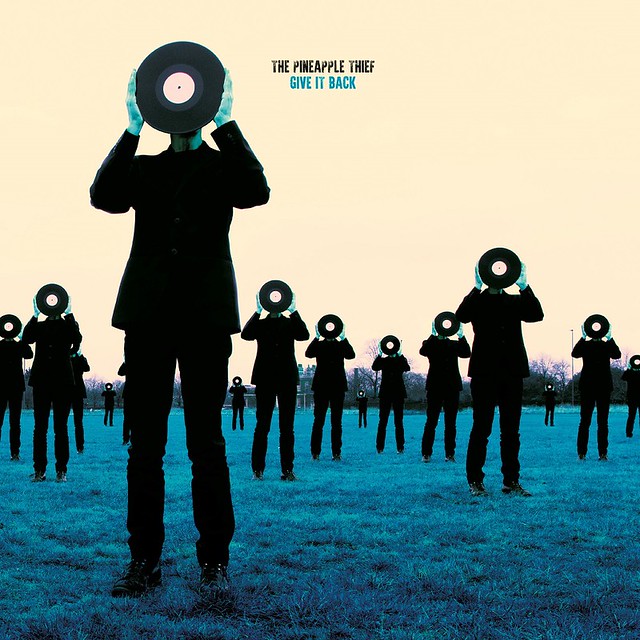 With such a powerful collection of musicians and such a range of songs selected, the only challenge will be to select the highlights. ‘Give it Back’ is immense, a dramatic rolling piece that explodes into life. ‘Build a World’ combines percussion and keys with thumping riffs and intricate patterns and ‘Start Your Descent’ brings a gentleness that provides the necessary balance. One of two from 2005’s ’10 Stories Down’, it’s probably the most open and emotional song on this release, and one that you can genuinely sit back and lose yourself in as it washes over you. An aural delight, Soord’s smooth and caressing vocals work majestically with the simple and subtle keyboards whilst the rest of the instruments combine sublimely.

There’s a semi-electronic vibe to the opening to ‘137’, which gives way to Sykes pulsing bass, Harrison’s upbeat snare work and Soord’s cleansing singing. In fact, there is something exciting and enjoyable about every revisited song on the album. Dip into the ‘Warm Sea’ as you exit, the slight funk of the bass line and the brooding feel bring a new feel to a track that was one of the standout songs on 2012’s ‘All the Wars’.

If you are a fan of the band, this is likely to be an essential purchase with several options including two-disc CD and Blue-ray as well as vinyl versions. If you are new to the band, this is a fantastic introduction to some of their earlier work. Whatever your persuasion, ‘Give it Back’ feels like a new album, such is the rewiring that Harrison and co have completed.