Witchfinder are a significant band for me. When I first started reviewing albums, Witchfinder’s self-titled and debut record was the very first studio release I ever wrote about. Now, several years later the band return, after a three year wait, for their first EP release. Formed in 2016 out from Clermont-Ferrand, France, the band may be one of the few stoner/doom bands to really break out amongst the French metal community. France isn’t noted for its stoner/doom releases all that much, so to see Witchfinder being the force that they are, its an achievement. Their debut album dropped in 2017 which was eventually followed up by their second album in 2019 but, one that I wasn’t a big fan of. Its why I was a little unsure about tackling this EP. But I wanted to see whether the band had turned over any new leaves, and so here we are with Endless Garden; a potential sneak peek at what the band could unveil for the future.

The vocals we get here possess that haunting resonance to give this EP the softer strike the band are renowned for delivering on, especially where their last releases are concerned. When we hear the vocals, they aren’t right in our face; here the vocals are a considerable step back from the forefront of the precipice of this EP. Where other stoner or sludge pieces would have the vocals practically shoved down our gullets, Witchfinder see to it their vocals give their audience room to breathe and therefore take in much more of the band’s songwriting and instrumentation. What’s more, the vocal tone is nice and light so instead of some roaring beast in the distance, the band craft a more ethereal and undefinable atmosphere that we are moving through. 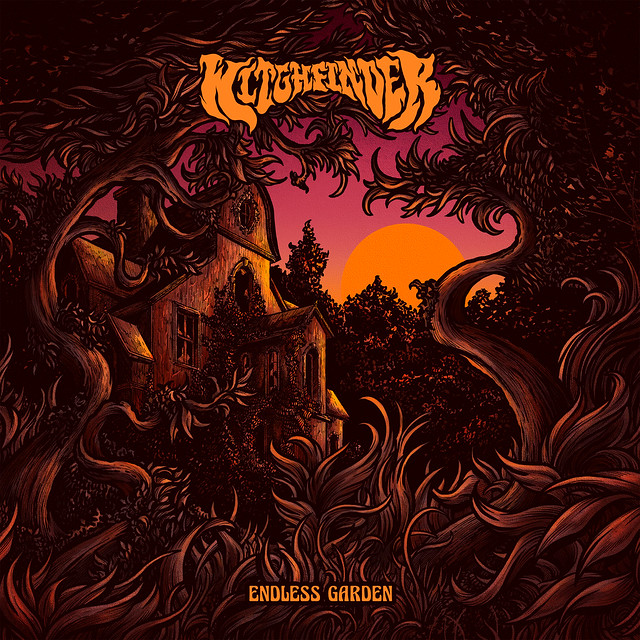 The band’s songwriting definitely favours the elongated form of songwriting they have on show for us. As we keep trudging on through the tracks featured, we can recognise that they’re not vying for dramatic or instant moments of gratification. The band’s approach to this EP has been to take what they’ve done beforehand and really push it out a little further. They haven’t attempted a track like 'Eternal Sunset', of this length, since their debut album (a record that I greatly liked upon an initial listen) so it’s good to see the band returning to their roots in a way. Naturally the band aren’t looking for speed but, through a gradual tempo that neither rushes nor stalls, they manage to create a rhythm, a flow, that winds its way through and within their instrumentation harkening unearthly apparitions and cult activity.

Speaking of which, I believe the production is just as impactful on our perception of this EP. Take the drumming for instance, where we also have the vocals being the lighter affair, the drums manage to convey their rhythms with ease. Drum strikes are infallibly easy to follow and understand what they’re looking to accomplish. In addition, the cymbals strike with the clarity of still water yet harness such a crisp timbre that you will never be capable of losing track of where the drum tracks are taking you. If anything, the airier approach to drumming on this EP lends greater weight to the riffs as we have that nice counteracting balance going on between the two varying forces. It’s also nice to acknowledge the riffs don’t go too hard on tone either, nor are they punishing our senses. It’s just the right level of tonal density to provide us the power we’re looking for, yet not so complete that it becomes a weight to burden.

In conclusion, I will admit that, in regards to their last studio album, I wasn’t a fan and that was after I loved their first record. However, another few years later, I really quite enjoyed what they’ve offered us for prospective future releases here. Endless Garden is a brief two-track EP that doesn’t even span 17 minutes, but in that time they give us a great sneak peek at what they could unleash on us in the near future. I felt like the atmospheric element was back in far greater effect, which was something I couldn’t say about Hazy Rites, and the songwriting felt much more realised this time round like they’ve found a purpose once more. It may only be a short thing but, this EP feels brimming with life, an opus the band could have easily added more to yet chose instead of, favouring it as a teaser for future endeavours. For the first time in a little while, I am excited for what Witchfinder do next.