The release of Decapitated's long-awaited new album Cancer Culture is getting closer and closer. Across eight studio albums, Decapitated grew from the adolescent dream of teenagers from a small Central European town, to one of the leaders of the metal genre. Each successive album has further expanded the band’s sound with genre-bending authenticity and integrity.

Today, we get yet another taste of what Cancer Culture has to offer, with their newest single 'Just A Cigarette'.

Guitarist and songwriter Vogg comments on the song:

"Just A Cigarette is a powerful, epic, melodic death metal song about human life expectations and death. It was the first song I wrote for Cancer Culture, which shaped the whole album. To present the track in a way which affected the listeners' senses even more, we wanted to deliver it with a great piece of art. For this occasion, we teamed up with the Polish artist Marcin Białas, who let us use his fantastic gravure prints, which we used in our video as well."

The official video for the new banger was filmed and directed by Marcin Halerz in Krakow, Poland. The track is a technical death metal masterpiece, accompanied by a pure metal video.

The band recently announced a co-headline tour with label mates Despised Icon for this autumn.
Check out the dates below! 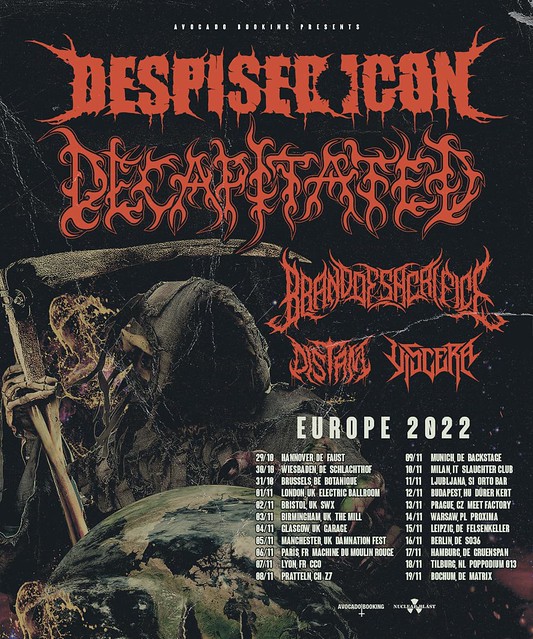