Guitarist and vocalist Amy Love and bassist, Georgia South, formed Nova Twins back in 2014 and released their first, self-titled, EP in 2016 with a couple more the following year. Such was the buzz created by these initial releases that the duo spent much of 2017 touring with the likes of Prophets of Rage, Wolf Alice and Skunk Anansie. Debut album, Who Are the Girls? followed early 2020, garnering much praise and landing the band a Best UK Breakthrough Band gong at the Heavy Music Awards.

Nova Twins describe their music as Urban Punk which, I think, understates their vision somewhat. The band mix aspects of punk, grime, industrial and electronica, among may other styles, to create a fresh and compelling sound for which definition seems an irrelevance.

To demonstrate this Supernova begins with a short intro, Power, which merges electronic dance beats with heavy slabs of grimy industrial rock. The sub-one-minute opener forms a perfect appetiser for what is to come, giving way to the more complete Antagonist’s hefty riff and grime attitude. But not before a distinctly eastern influence in the track’s introductory bars, showing that, for the Nova Twins, nothing is off the table when it comes to realising their musical vision. 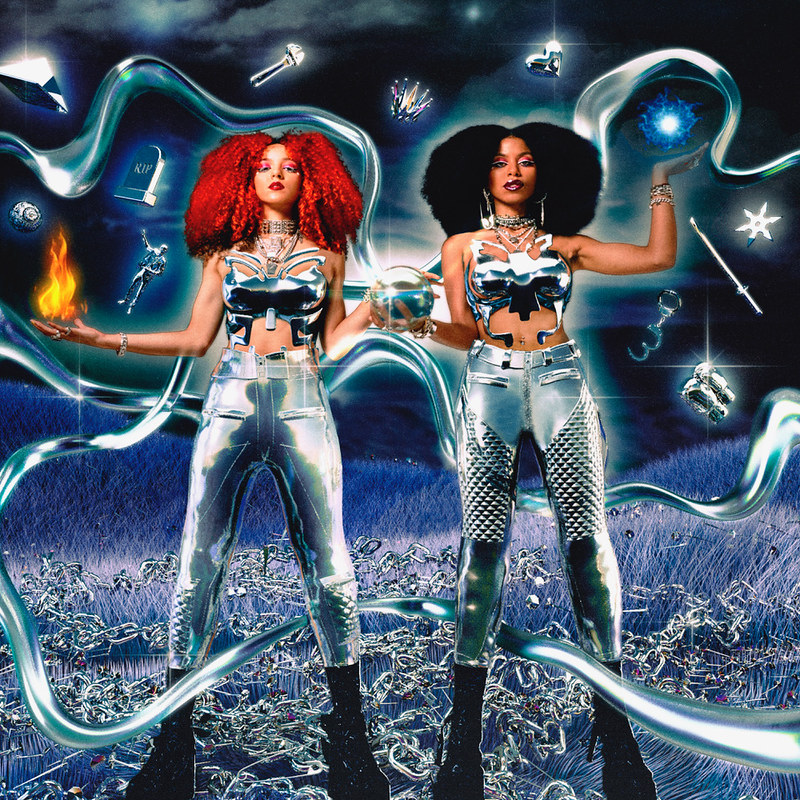 The duo walk the line between grime and punk rock with seeming ease on Cleopatra, where Ms South’s bass acts in direct contrast to Ms Love’s urban vocals. Choose Your Fighter is probably the most rock-oriented track on offer, combining those grime and industrial elements with those meaty riffs to produce something akin to In This Moment’s raw sound.

Tracks Fire & Ice and Enemy via with Choose Your Fighter to be Supernova’s most blatantly rock compositions, presenting big riffs and massive bottom ends throughout.

In contrast K.M.B., Puzzles and Toolbox are where the Nova Twins embrace the Urban and, although there are rock-elements to these tracks they are most predominantly of-the-streets. That’s not to say the band don’t throw in a surprise with Toolbox’s opening vocals not too far removed from Kate Bush.

I wasn’t expecting the Gothic overtones of either A Dark Place for Somewhere Beautiful or Sleep Paralysis but the duo has captured something achingly emotive in the ethereal pre-chorus of the former - which could out-Goth the new Christian Death record – or the melancholic waves of the latter.

Nova Twins have created an album incorporating many varied styles and, in so doing, have produced a consistently engrossing record that most should find something of interest on. Whilst the duo might not be high on your radar – yet – it is clear that Nova Twins are destined for big things; and Supernova is their manifesto.