In spite of their collective experience in stalwart bands like Bouncing Souls, Bad Religion, Dag Nasty and Minor Threat, to name but a few, the five members of Beach Rats will have no truck with the terms ‘Supergroup’ or ‘All-Star Band’ whatsoever. Rather, in their own words, they are just five New Jersey punks making noise in a basement.

With 2018’s five-track Wasted Time EP under their belts, Beach Rats saw it was time to reconvene for the full-length and, in so doing, have brought their collective experience to bear on the project. By wearing those influences on their sleeve, Beach Rats have delivered an unexpectedly engrossing record that never fails to engage and captivate with the sheer sense of dedication to the craft and exuberance in the delivery.

Bikes Out! begins with a Stadium-size statement of intent before dropping into some serious So-Cal jams, straight out of the Bad Religion/ Pennywise playbook. The fact that Brian Baker, the man behind the six strings of both Bad Religion and Minor Threat should come as no surprise quite early in your listening of Rat Beat.

Of the dozen songs on offer here, ten clock in at less than two-minutes, giving the listener hardly enough time to catch their breath before the band launch into another tirade. Saturdays, Wordz and Blown to Bits are all love letters to the classic So-Cal punk sound, built around short, sharp driving riffs and pounding drums. 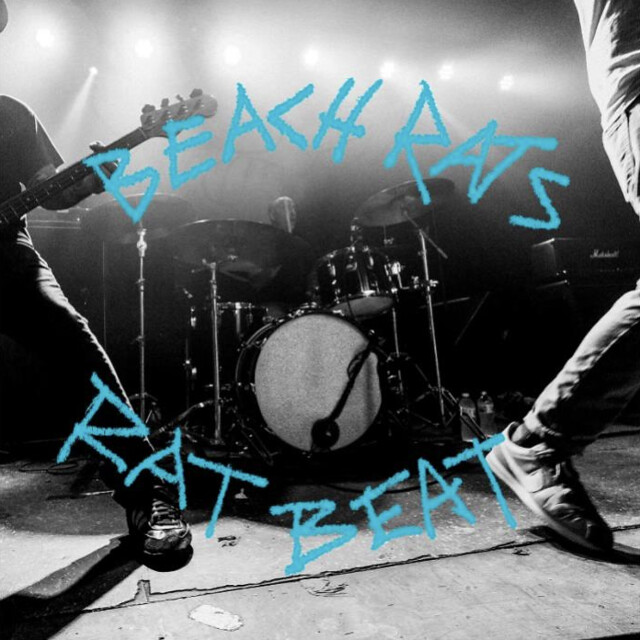 The production of Rat Beat is crystal clear, giving the frenzied guitar work on Dress for a Sick Sesh and the title-track a pure resonance and the fat riffs of Heavy Conversation a pummelling momentum that it feels wrong to keep contained.

Elsewhere, Summers End features a danceable beat and is less frantic, but is no less stomping for it; Beach Talk arrives as Rat Beat starts to near its end, and it does so with a much darker, more brooding atmosphere. Still as bouncing and upbeat, as you would expect, but with undertones of a sinister purpose. And, it could be because I immersed myself in the Forgotten in Space boxset the other day, but I swear Ari Katz is channelling his inner Snake of Voivod for the vocal bridges in this song.

The two songs that exceed the hundred-and-twenty-second time limit are two of Rat Beat’s most accomplished. Clorox Boys has an ethereal quality to the early clean lines and even when the song thickens out there’s still a distinctly Post Punk ambience. Guitars weave delicate shapes leading into the final bridge, enthralling, until the track ends leaving you wanting – no needing – to hear more.

In contrast the not-so-subtly named Fuck You Dad is made around a stomping bass line and a series of chunky riffs and chugging guitar. Try as you might but you’ll be unable to prevent your body moving when the mid-section kicks into one of the catchiest moments you’ll hear all year.

Supergroup, All-Star Band or whatever else you chose to term Beach Rats as, the proof of the pudding has to be in the eating and, irrespective of the experience of the collective members, Rat Beat is a great Punk record.