Brazilian underground death metal heroes Krisiun are back in action with their twelfth full length album Mortem Solis. The trio formed back in 1990 releasing their now classic debut Black Force Domain in 1995 and have stuck to their blasting death metal attack from their origins to present day. Krisiun are also one of the very few bands in metal who have maintained the same members from day one with the trio of brothers Alex Camargo (vocals and bass), Moyses Kolesne (guitars) and Max Kolesne (drums) forming the band and still remaining there today.

With this being the twelfth album from Krisiun it is safe to say the band has a sound and style which they generally stick to and that is very much the case here on Mortem Solis. A classic case of it ain’t broke don’t fix it. The band have stated that “Mortem Solis is more straightforward. We cut everything that we deemed unnecessary to make it as brutal as possible”. 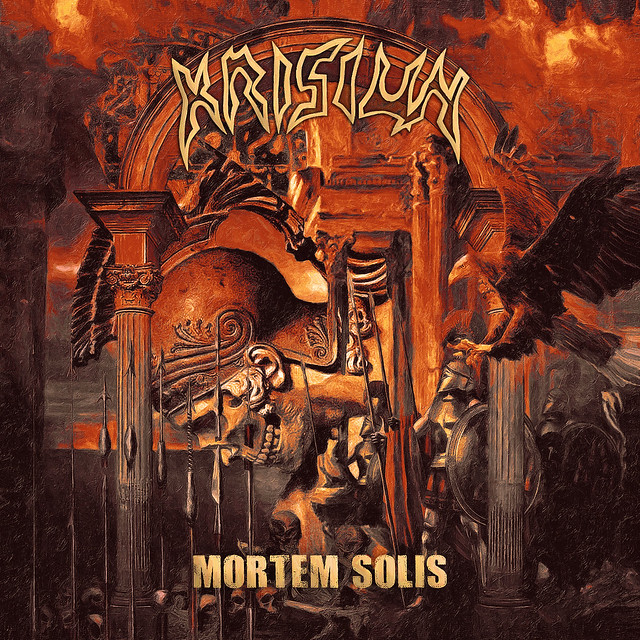 The results speak for themselves with songs such as Sworn Enemies, Swords Into Flesh, Necronomical, War Blood Hammer and Worm God being hyperactive displays of brutal old school death metal with the bands trademark frantic riffing and machine gun blast-beats raining hellfire out of the speakers. There is very little in the way of a breather on the album with the only exception being an atmospheric interlude Dawn Sun Carnage and one or two songs starting at a slower pace before exploding later on.

Mortem Solis is another solid album from Krisiun that plays to all the bands strengths and is an ultra violent and brutal piece of old school death metal carnage. There is very little in the way of surprise or innovation here but twelve albums in Krisiun don’t need to prove anything to anyone and just write and perform the music they love. Plus this is old school death metal so you should know exactly what you are getting and enjoy it regardless. Krisiun keep the flames of death metal burning and keep on doing things the old way and it is thoroughly enjoyable.