It’s often suggested that we British are obsessed with talking about the weather, and I wish to perpetuate this stereotype further by informing you that today is the hottest day in the U.K.’s recorded history. Out in the centre of Manchester the temperature has reached 39 degrees celsius. But, inside the walls of the Rebellion bar it’s quite cool; in fact it’s cool as fuck.

The chilled vibe is compounded when the singer of Lowdrive, the first of tonight’s bands, takes to the stage. His chilled bare footed surfer attire is the direct opposite to the warmth of his gravely rock vocals. The music is a bluesy rock mix that goes down very well with the attentive crowd. By the third number, a ballad is sprung upon us giving time for soaring guitar skills, solos and heartfelt lyrics.

More accomplished rock tunes are delivered from this Sheffield foursome and not one of the members of the audience decides to leave their chosen spot throughout the set; selecting to instead stay, chill, enjoy, and applaud. 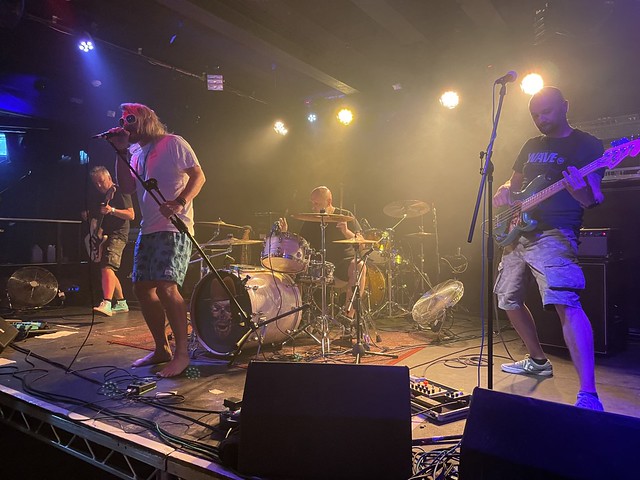 I first encountered Deltanaut, the second of tonights acts at Riffulation Festival 2021, and since that introduction I have been regularly diving into their E.P. So I was highly looking forward to seeing them once more now being a lot more familiar with their work. Their proggy, spacey, psychedelic, guitar led music is intoxicating. It is not only the skills of the guitar player, Luke Jennings, that is appealing but the skill of the band as a whole. Stoner type riffs mix with the powerful bass lines that skilfully bounce around the venue. Their three track set is far longer than you would imagine for that amount of tunes, and is topped off with an eponymously named track. Once more we are given displays of the trippy mixing with the repetitive riff in perfect harmony. The forty minute, mainly instrumental set, is complete, hands are raised and cheers are yelled, and we await tonight’s head line act. 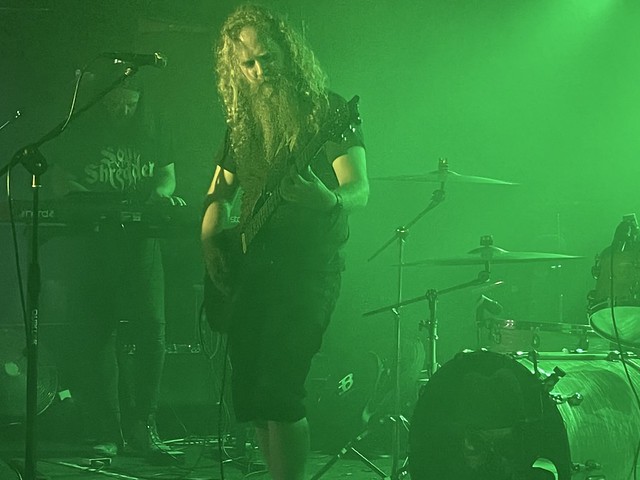 After a brief set up and sound check, King Buffalo walk calmly onstage to excited applause. They set out on their skilled set with ease and by the time the band get to the song 'Silverfish' the place is already won over. The distinctive guitar tapping notes mix with the riffs forcing the crowd to sway and dance to every beat. The joy of the distorted, simple but highly effective, riff is not lost on vocalist/guitarist Sean McVay, nor is it on the crowd. Anyone contently smiling is now wildly grinning, and if your you were once bobbing your head in time, you are banging it as if you’re attending a Sabbath gig.

McVay exclaims “What’s going on Manchester” in an alien New York accent before drummer Scott Donaldson begins the track 'Hebetation'. The endearing drum intro leads to more guitar riffs, joined by clever bass work from Dan Reynolds, who seems content to bounce along with his bass playing digits reminiscent of a much more subdued Les Claypool.

'Shadows' from the most recent release 'Acheron' makes an appearance in this set peppered with massive and subtle tunes. Both McVay and Reynolds are joined on stage by synths giving them even more tools to their tool shed, helping to provide a Pink Floyd sounding keyboard solo. The air-conditioning has now long since given up its fight and band members and audience sweat alike in the rock ’n’ roll atmosphere.

The impressive set flows neatly, containing the correct guitar poses at the correct moments, with the crowd loosing their shit at the correct points adding to the atmosphere perfectly. Bass player stops playing, the drummer ceases his rhythm and raises his beer to thank the crowd while massive riffs still fall from the stage, dousing the audience once more. The tunes begin and the lights go down once more. Its not long before the encore is performed and the amazing night is over.

Though out the evening the line of “You are awesome” was launched from the crowd to the band from several areas. A sentiment that I could not agree with more. 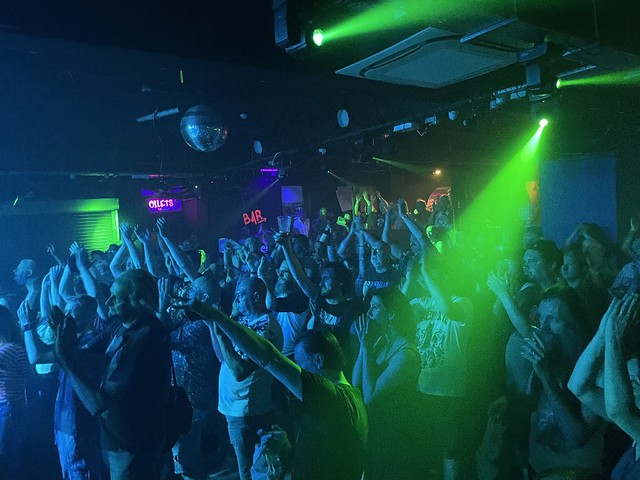