Album Review: Lacrimas Profundere – How To Shroud Yourself With Night
Reviewed by Paul Hutchings

2019’s ‘Bleeding the Stars’ saw Lacrimas Profundere thrust unexpectedly into the limelight. Fully deserved, the German black doom legends threw caution to the wind and returned to some of their early roots. In doing so they succeeded in making an album that cracked many top tens come the end of the year.

Although the band comprises only Oliver Nikolas Schmid from the formative years of the mid-1990s, his drive, determination and conviction for the band remains integral and vital for the band’s heartbeat. The line-up for this album mirrors the 2019 release, and sees the band in imperious form, veering away from the definitive sound that so many craved for on ‘Bleeding the Stars.’ As Schmid acknowledged, playing it safe with a repeat of that album was not on the cards. “For me, it was about liberating myself from the pressure to succeed and about trying to raise the bar, staying ahead of the game, challenging myself and staying true to ourselves, instead of playing it safe and writing some kind of ‘Bleeding Part II’.”

‘How to Shroud Yourself with Night’ is drenched in darkness. It’s a rich and expansive release, which stretches the listener and the band. Listening to the opener ‘Wall of Gloom’ with its evident nod to Paradise Lost, and you’ll quickly become immersed in the music that the German outfit craft. Organic, individual, and expansive, Lacrimas Profundere continue to push barriers whilst retaining their trademark sound. 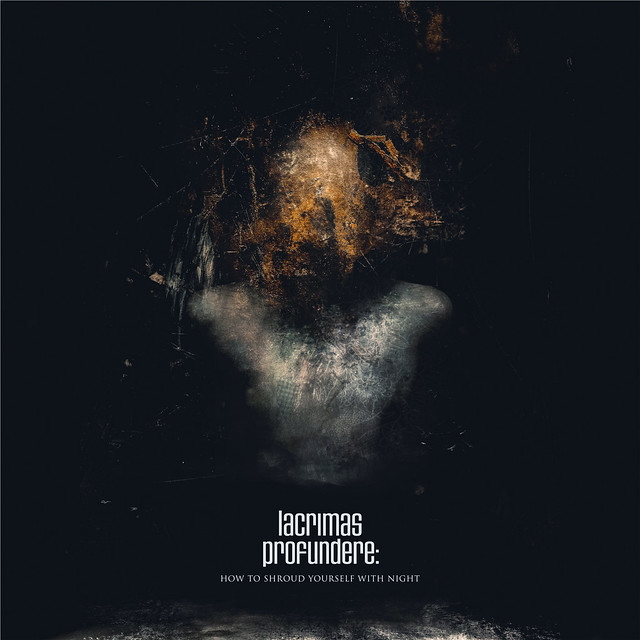 Vocalist Julian Larre returns for his second album, producing a stunning performance of emotion and confrontation, whilst bassist Ilker Ersin makes his full-length debut. With Schmid at the helm, alongside drummer Dominik Scholz, Lacrimas Profundere have delivered a quite spectacularly impressive record. Tight as hell, the band blend doom with crushing metal and elements of their traditional gothic rock which combine to produce a huge sound.

‘How to Shroud Yourself with Night’ drips with emotion. Larre’s soaring vocals on ‘Nebula’ sees him switch from emotive cleans to raging roars in an instant, the layered backing vocals giving great depth to the track. The tempo can switch instantly, with the melodic gothic metal sense of ‘In A Lengthening Shadow’ showing the band at full power, with a magnificent driving groove and the dark vocals complimenting the overall feel of the song.

If there is one track that really threw me here, it’s ‘The Curtain of White Silence.’ Containing the kind of screamo vocals I struggle hugely with, it’s the one fault in an otherwise flawless release. Elsewhere, there is little to fault. The huge central piece called ‘Unseen’ is majestic, flowing with a power that few bands can capture. It’s both sinister and uplifting in its splendour, with Larre channelling his darkest vocal qualities to contrast with the cleans which give the song such a lift.

I was absorbed by both ‘Bleeding the Stars’ and 2016’s ‘Hope is Here.’ ‘How to Shroud Yourself with Night’ continues in the same vein in terms of quality and direction. It’s an album that like its predecessors, grows on you with repeated plays. It’s one that will live long in the memories and is likely to challenge for those top ten lists once more. If you like your metal dark and laced with gothic flashes, but contemporary and modern in other ways, then Lacrimas Profundere, now at the veteran stage of their musical journey should be on your radar.