On a hot evening in Camden, something was brewing. The line outside the Underworld at 6.30 told its own tale, and there was something in the air. The excitement of those waiting was palpable and for good reason. Bay area legends Death Angel were doing a headlining set at the historic venue and it was only a few hours away.

Fortunately, following the blazing weather at Bloodstock the previous weekend, the temperature had dropped sufficiently to make the Underworld bearable as openers Prolapse A.D. took the stage. Fresh from their appearance on the New Blood Stage at Catton Hall, the band were full of confidence, bringing their own unique blend of satire, humour and thrash to an enthusiastic audience.

Running through amongst others, their David Cameron themed Pigfucker and Black & Decker (Pussy Wrecker), the comedy is blunt and those present seemed to have a great time. Prolapse A.D. are great musicians and while their brand of comedy can wear thin, in a short set like this, it’s ok and the music is of a high enough standard to keep purists happy for a while.

Second up are Shrapnel whose straight up brand of thrash was very welcome as the temperature in the Underworld started to rise and the crowd started to build. A varied set with tracks from all of their full-lengths followed, and new frontman/bassist Daniel Moran did his predecessors justice. It’s been a trying couple of years for the band who seemed to be riding so high with the release of the fantastic ‘Palace For The Insane’ but on this evidence, the future remains bright.

With another album on the way, performances like tonight, and upcoming support on the 2023 Dream Theater UK tour, Shrapnel will kick on again and are one of the shining lights of the burgeoning British thrash scene. Might of Cygnus kicks things off and the band is so tight and clearly having a total blast as they whip through tracks like Warhead and Rider of Black. Those in the mosh pit start their warm ups for later proceedings and it’s a great show put on by the Norwich band (with help from their Liverpuddlian frontman). 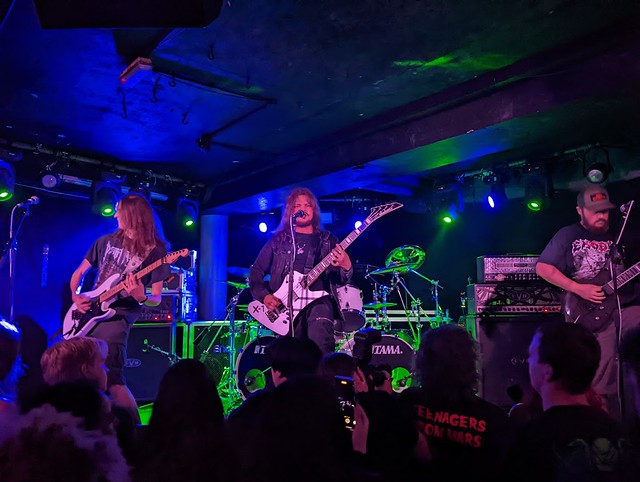 With the crowd still high from the Shrapnel set, the anticipation is increased as the road crew set up for Death Angel. The Underworld is certainly not the roomiest stage, but this was the largest drum kit I think I’ve ever seen on it.

The band take to the stage with their traditional opener of The UItra-Violence and immediately the pits open up. Mistress of Pain follows directly on and it’s clear this is going to be an immense set from the off. 5 years since their last headline sets in the UK, the band revels in getting the time to dip into their fantastic catalogue and 8 of their 9 albums are represented with the only omission being Killing Season.

Mark Osegueda conducts the crowd throughout the set and reminisces about previous visits to London including their first London gig at the Clarendon Hotel Ballroom in 1987 (and what a night that was!).

Death Angel have had a stable lineup since 2009 and it shows in their recent releases and live performances. Mark and founding guitarist Rob Cavestany have the historical telepathy from being together for over 35 years, but Ted Aguilar, Damien Sisson and Will Carroll have integrated so well, and their standards are so high, Death Angel are peaking again. It’s particularly great to see Carroll behind the tubs after his life-threatening bout of COVID following the March 2020 tour with Testament and Exodus. 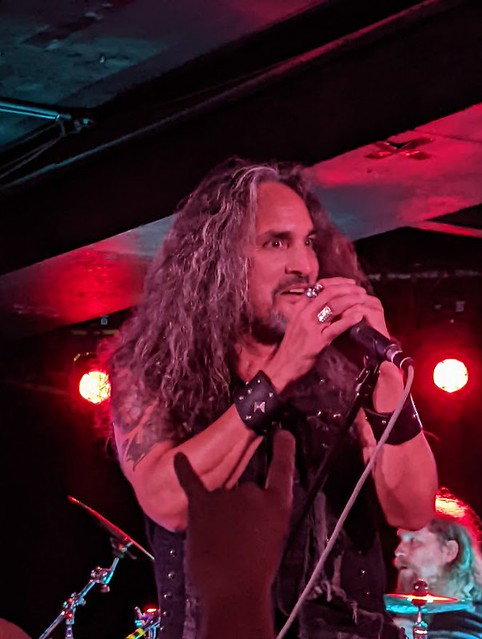 Seemingly Endless Time, The Dream Calls For Blood and Son of the Morning follow and the crowd reacts with unbounded enthusiasm and a pretty constant mosh pit around the central Underworld pillar. The Devil Incarnate and Caster of Shame precede the more recent The Moth and Humanicide from their last 2 albums. There’s nothing not to like about the setlist, but if I were to be ultra-critical, it would have been great to hear more from their latest slab which was one of the albums of 2019.

Absence of Light, Thrasher, Bored and Thrown to the Wolves finish off the fantastic set and one that will live in the memories of those present for many years.

On their last visit to London the aforementioned tour with Testament and Exodus, I know a lot of people rated Death Angel as the highlight, and I certainly had them level with Exodus. So to see them in a small venue with spot on sound, playing some of their deeper cuts was a treat.

With their stable lineup, great catalogue and a frontman who holds a crowds fascination with ease, for me there are no better live thrash bands out there today. There are some who are their equal - Overkill spring immediately to mind - but as nights like this show, they really are masters of their craft. And with new material on the way, we can only hope for further headlining shows for these Bay Area Legends. 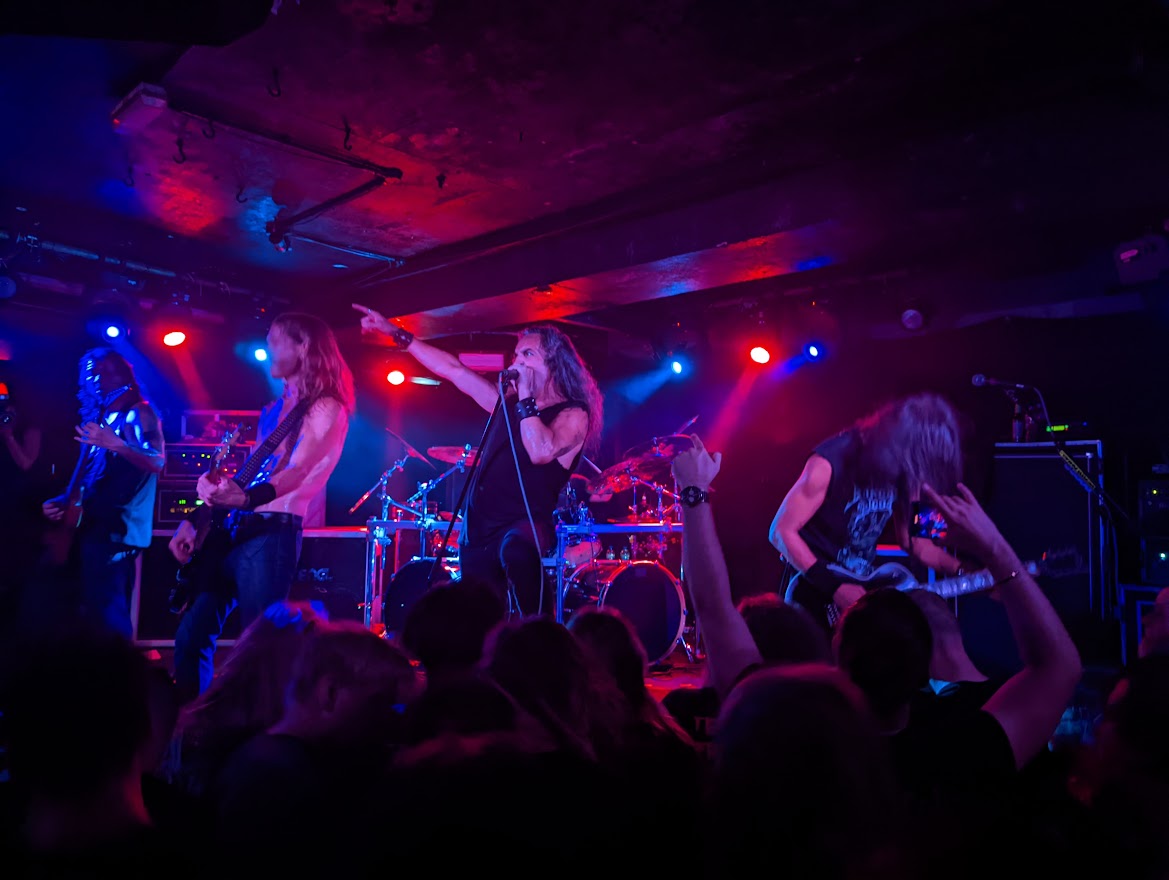