For a lot of fans, Venom Inc is where the idea of what Venom is and always represented returned. Other than the band’s drummer, titled as War Machine, we’ve got longtime ex-Venom musicians Tony “Demolition Man” Dolan, having played during Venom’s Prime Evil era, on Bass, and Jeffrey “Mantas” Dunn, having played on Venom’s earliest works right through to 2000’s Resurrection record, on guitar. Forming the band in 2015 out of Newcastle, UK, initial reactions were curious. However, things got much more excitable after Venom Inc released Ave in 2017, a record that garnered a lot of attention and praise, in addition to being what many deemed to be the true sound and representation of the idea of Venom. Fans now had two outlets for what Venom’s sound could be, so as far I was concerned, the more the merrier came to mind. Having seen Venom Inc perform at Bloodstock earlier this year I can safely say these guys are no joke, with a commanding stage presence and power that can’t be denied, these guys know how to bring it. Now looking to release their second studio album as Venom Inc, There’s Only Black is a crucial point in their career as they seek to demonstrate that Ave was more than a one-off. I was ecstatic to say the least.

It’s curious to see Venom Inc give us another album, when Ave first released it was bold and new and something fans of new and old Venom alike were interested to see. Now Venom Inc return not as some new gimmick or curiosity, but as a recognised, fledged band looking to further the conception that is Venom. Their sound here feels far more stripped back and if anything, it sounds relaxed. There’s Only Black feels like a record that’s been able to let its hair down and chill out somewhat, understanding they’ve got nothing to prove; they have their fans and their following so they’ve got some more freedom with what they may want to do with their songwriting. They can write songs that are more laid back but can also bring the intensity when they want to. For a record that approaches an hour long that’s not necessarily a bad thing, enabling the band a warrantable reason to relax the power here and there. I would say this album is definitely easier on the senses; it doesn’t expect you to bear its weight, for the record does that as of it’d own accord.

In many ways, this more stripped back record feels all the more so due to how Tony “Demolition Man” Dolan’s vocals come off as. It’s the kind of vocal performance that feels extremely organic, with hardly any alteration of his vocals during the mixing or recording processes. It wouldn’t surprise me if I learnt his vocals were utterly untouched during the mixing process due to how natural his vocals appear. Other than their drummer, Dolan and his guitarist, Mantas, are beginning to show their age as they approach or venture further into their 60s so it’s no surprise why the vocals may sound as such. I’d argue age has actually lent the vocals a gruff and hard-nosed edge to Dolan’s delivery as there’s nothing within or surrounding this record that absorbs his vocal impact; it’s rough and solid whereby his performance hits us head on with zero cushioning. 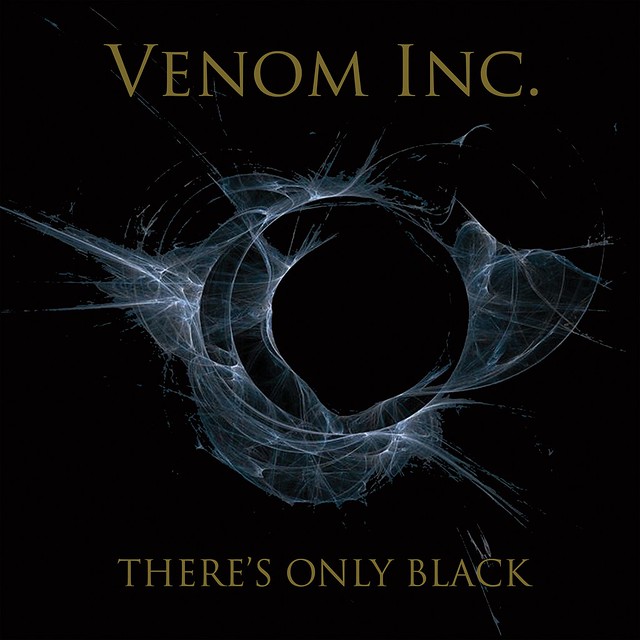 More than anything though, I loved how clear everything is on this album. It’s good to encounter a classic sounding album that’s been given such a clean and polished aesthetic. There’s absolutely nothing hiding beneath this album’s nails; there’s not an inch of dirt or grime anywhere to be found. Granted, you’ll receive swathes of might as the band play but in terms of general production there is nothing here, or to be found upon, that could stain this album’s sound. Guitar solos manage to wail with zero difficulty in tone or obstacles as the band perform from their position to you with nary a stone to trip up sound moving in one direction to another. As mentioned prior, this is indeed a more stripped back record but I believe it’s also the band experimenting with a far cleaner sound too as while it may not have as much bite as Ave unveiled to us back in 2017, it’s an extremely easy listen and your attention to it only ends should you choose to do so early into the record. However, with the fun and entertainment Venom Inc provide, I can’t imagine why fans would wish that.

This album may be pushing nearly an hour long but it’s good to see these guys understand the need for variety in their songwriting. This record is significantly stripped back as opposed to how Ave was, but that doesn’t mean Venom Inc can get away with a full, long album of tracks that don’t weave and move around alternate songwriting techniques. Many tracks here are of that blunt force technique where the riff strike is head on without anything alluding to absorbing the impact. But you’ve quaint, quieter moments where things can fall away and we’ve got calmer periods that allow us to reclaim our breath; then again, there are more melodic sections such as the majority of “Burn Liar Burn” that consists of an instrumental piece for most of its majority. You also have much chunkier pieces of guitar work that really exemplify the production and why a stripped back sound did come in handy for what the band wanted to accomplish herein. All in all, there’s a lot the band have been to work with here in spite of what may initially appear to be a one-note album backdrop; there’s little behind the band’s sound to give them any additional flair but when these guys have been musicians for as long as they have, they understand how they can use these limitations to their advantage.

In conclusion, There’s Only Black is a record that only continued to impress and entertain me increasingly the further I ventured into it. From the start, this album appears to be a typical, stripped back affair however it’s evident from the way the band have gone about this album that this wasn’t their prerogative for the entire duration. There may less going on behind their sound which ultimately results in that stripped back flair, yet the songwriting is on point and is diverse enough for it to truly warrant your time and attention for 55 minutes straight. That’s all the more prevalent when we consider the lack of track length variation too, each song is paced around the same time, so speeds don’t change all that much. With that said though, Dolan and Mantas have been musicians for a very long time and have vast experiences within and outside of Venom. My opinion towards this record only improved as I reached the middle and then, the end. A solid, engaging record that only demonstrates Venom Inc’s genuine ability to maintain their stay and prove that Ave, thankfully, was more than just a one off quality release.