It wasn’t so long ago that Gloryhammer were embroiled in controversy, band members leaving and a text conversation that showed keyboardist (and also Alestorm frontman) Christopher Bowes to be a racist, misogynist twat. Much like the aforementioned Alestorm, Gloryhammer seemed to have survived the storm somehow and are still going strong, despite a tarnished reputation.

So we head to KK’s Steel Mill in Wolverhampton tonight to see what the band are like post controversy. And it seems there are still plenty of fans despite those past indiscretions, Bowes being absent from this tour obviously helps somewhat.

Opening up the evening are Finnish symphonic power metal quartet Arion, who are treated by a huge roar and a sizeable crowd despite the early start. Their sound is just as you’d expect, expansive melodic riffs and a guitar that at times sounds like a majestic keyboard. If you weren’t a fan before hand, chances are you are now. 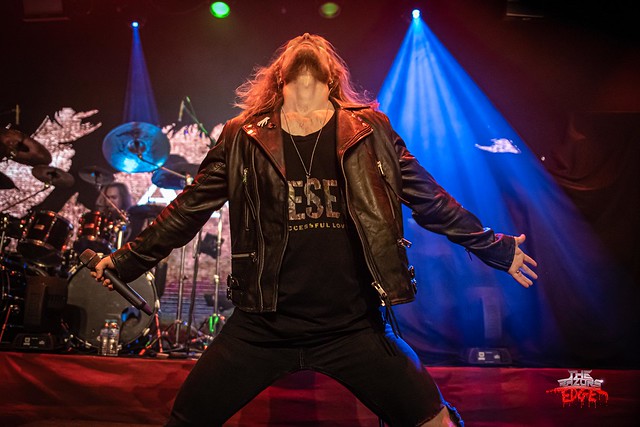 The old school power metal really kicks in when Brothers of Metal take to the stage. A fist pumping riff kicks us off as various members of the band take to the stage. As Ylva Eriksson appears her vocal prowess takes control through opener ‘Death of the God of Light’. Throughout the song members of the band seem to multiply as first Joakim Ericsson appears to join on vocals and then third vocal warbler Mats Nilsson joins the crew. By the time band members have finished spawning they have filled the stage at KK’s and I’ve run out of fingers to count them all on.

Anyway… the performance itself is the ultimate power metal showcase. Rolling riffs, fist pumping anthems, melodies galore and epic stage craft. It’s safe to say if you love power metal things set was just for you. They close out with ‘Fire, Blood and Steel’ a true power metal classic and the crowd along like their lives depend on it. 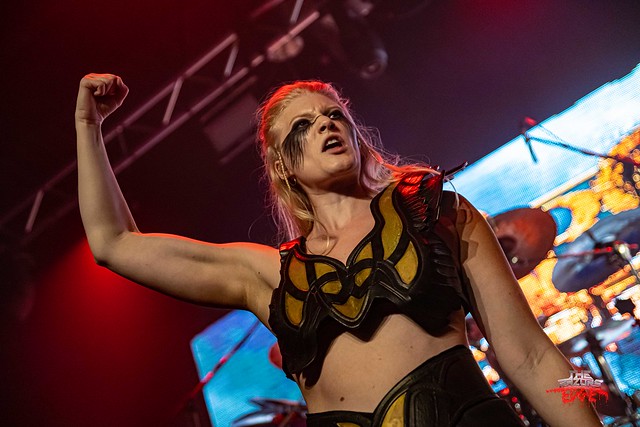 So it’s onto Gloryhammer to close out the show. Fans are greeted with a cardboard cut out of Tom Jones and a rendition of ‘It’s Not Unusual’ before Tom makes way for the band. If anything was good enough to break the ice, Tom kicking off the set was it!

Vocalist Angus McFife V seems shorter than the last time I saw the band. And indeed he is, Sozos Michael now taking up the mantle in the wake of line-up changes. His vocal power takes charge and soon he takes up the ‘Gloryhammer’ to defeat the Goblin King on stage.

The show is as much about the performance and the story telling as it is the music, and focusing on that side of the band is where you get true value. A power metal onslaught mixed with unicorns, goblins, dragons on a crusade throughout the galaxy. There seems to be a fan base for such things and indeed they have turned out tonight in force to enjoy the show! 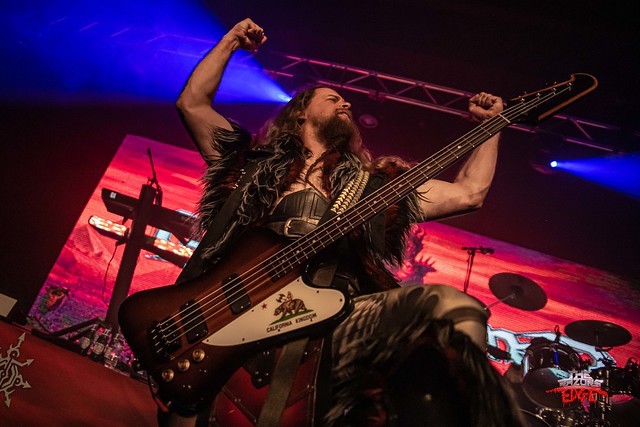 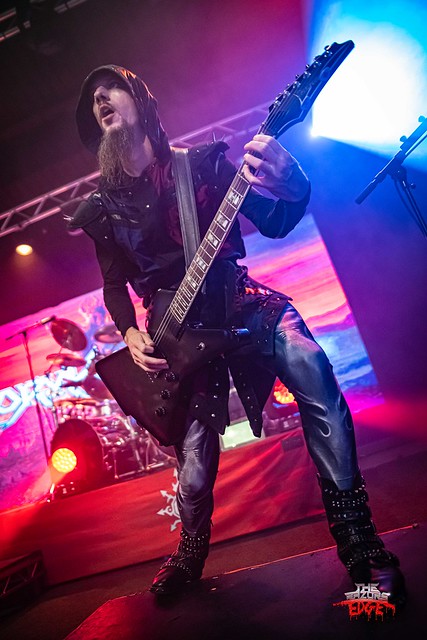 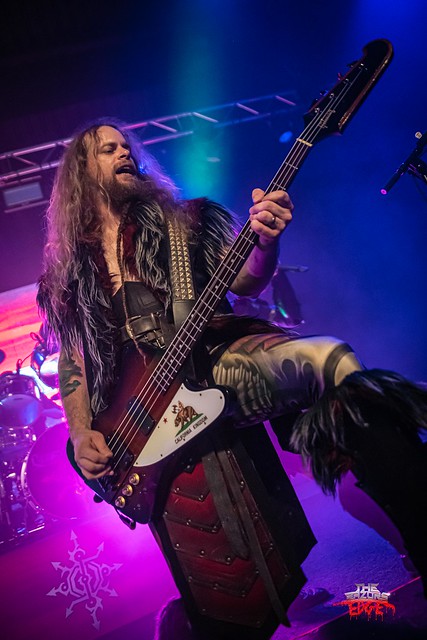 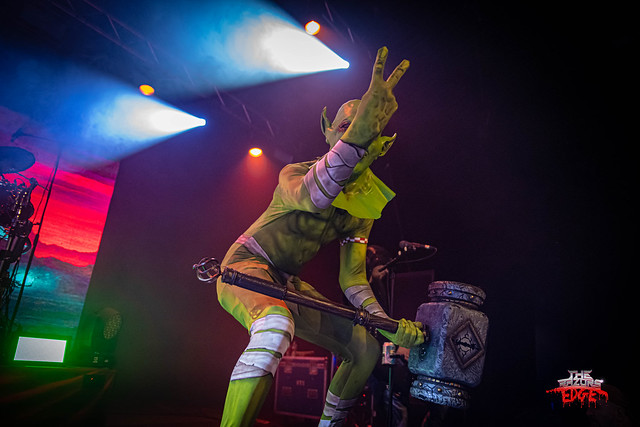